2022 F1 Canadian GP – How to watch, session timings and more

The 2022 Formula 1 season continues this weekend with the Canadian Grand Prix on the 17-19 June.

The F1 paddock makes the 5,500-mile trip from Baku to Montreal for the welcomed return of the Canadian round for the first time in three years, having dropped off the calendar in 2020 and 2021 amid the COVID-19 pandemic.

Just like the Australian GP earlier this season, it provides a relative unknown on F1’s return to Circuit Gilles Villeneuve in front of an expected bumper crowd.

Max Verstappen carries his momentum of four wins in the last five races, only losing out on Monaco GP victory to Red Bull team-mate Sergio Perez, which has seen the Dutch driver move into a 21-point lead in the F1 drivers’ standings.

Ferrari will be looking to bounce back after a poor run of results, the latest coming in Baku with a double retirement, as Charles Leclerc suffered an engine failure and Carlos Sainz was forced out with an hydraulics problem.

PLUS: How Ferrari's latest implosion stitched up a plausible Baku upset

Focus will also be on Mercedes to see how its latest changes aim to fix its porpoising and bouncing problem with its F1 car, which left Lewis Hamilton in agony at the end of the Azerbaijan GP.

Previously, the Montreal race has been a happy hunting ground for Hamilton and Mercedes, having taken four of the past five Canadian GP wins, a run only interrupted by Sebastian Vettel’s triumph for Ferrari in 2018.

But with a new generation of F1 cars, Red Bull and Ferrari will remain the favourites going into this weekend having shared all of the wins so far this season. 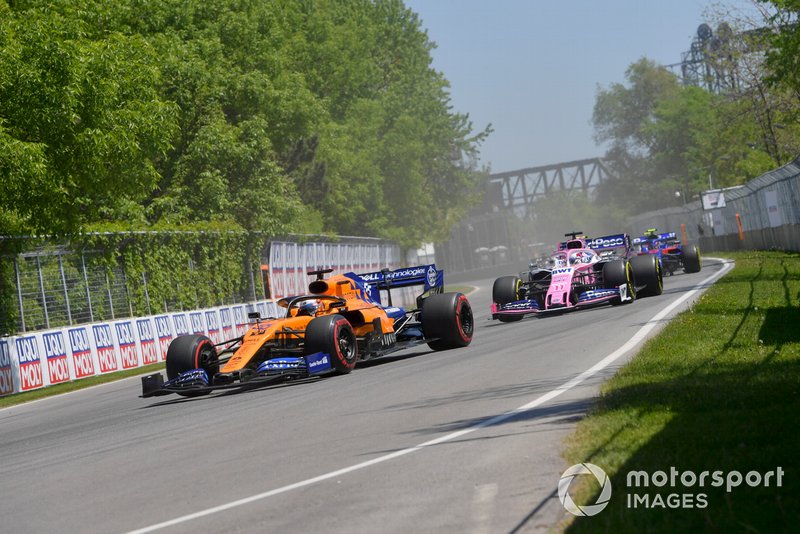 F1 hasn't raced in Montreal since 2019, when Sainz was a McLaren driver and Perez was in a Racing Point (now Aston Martin)

Fans wanting to watch the race for free will have to wait until the morning of Sunday (qualifying) or evening of Sunday (race) to see the highlights on Channel 4.

How can I watch the F1 Canadian GP? 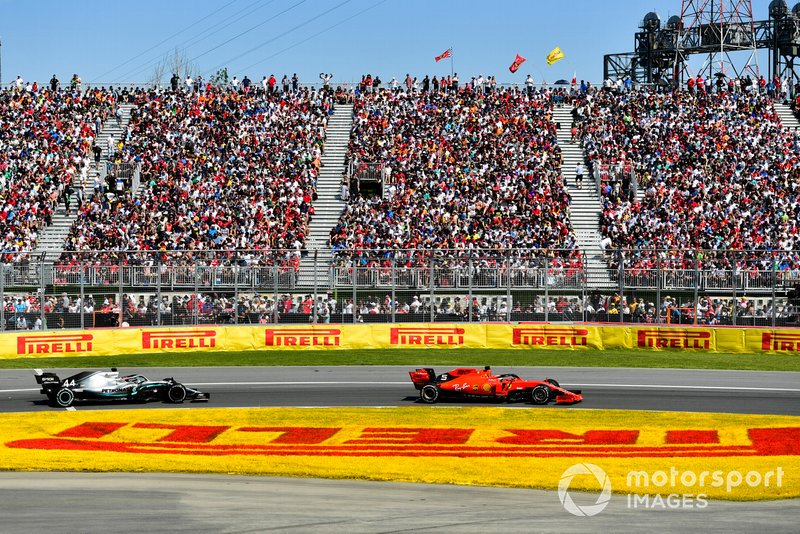 When can I watch the F1 Canadian GP highlights?

Channel 4 has the rights to show the Canadian GP highlights of qualifying and the race.

Will the F1 Canadian GP be on the radio?

Coverage of the Canadian GP will start at 6:30pm BST on BBC Radio 5 Live and the BBC Sounds app.

Weather forecast for the Canadian GP

Montreal is set for mixed conditions throughout the race weekend, with rain showers forecast for Friday, before staying dry and warm on Saturday and Sunday. Highs of 21 degrees Celsius are predicted on Sunday for the start of the race, eight degrees colder than the Azerbaijan GP last time out.