Formula 1 completes its triple-header finale of the reshuffled 2020 calendar with the Abu Dhabi Grand Prix.

Following a pair of dramatic and unpredictable races in Bahrain, the F1 paddock has made the quick hop over to the Yas Marina Circuit for the 2020 finale in Abu Dhabi.

As things stand, Mercedes is waiting to find out if Lewis Hamilton will return to action after being forced to miss the Sakhir GP after testing positive for COVID-19. It also means George Russell's spot remains unconfirmed as he will either step in again if Hamilton is absent or return to his usual place at Williams if the F1 world champion is able to make a comeback.

Pietro Fittipaldi will finish the season as Romain Grosjean's injury replacement in Abu Dhabi at Haas, with the French driver confirming last Sunday the burns he suffered in his horrendous Bahrain GP crash have ruled him out of his own F1 finale.

The Abu Dhabi GP is also set to mark Sergio Perez's final F1 race for the foreseeable future, despite taking a stunning maiden grand prix victory last time out, as he awaits Red Bull's decision on if he or Alexander Albon will partner Max Verstappen in 2021.

The 2020 finale will also decide which team will claim the coveted third place in the F1 world constructors' standings, with Racing Point currently in prime position with a 10-point advantage over McLaren thanks to Perez's win and Lance Stroll's podium in the last race.

Renault remains in contention, 22 points off Racing Point, but will need to replicate the Silverstone-based team's standout results from the Sakhir GP to give itself a realistic shot. 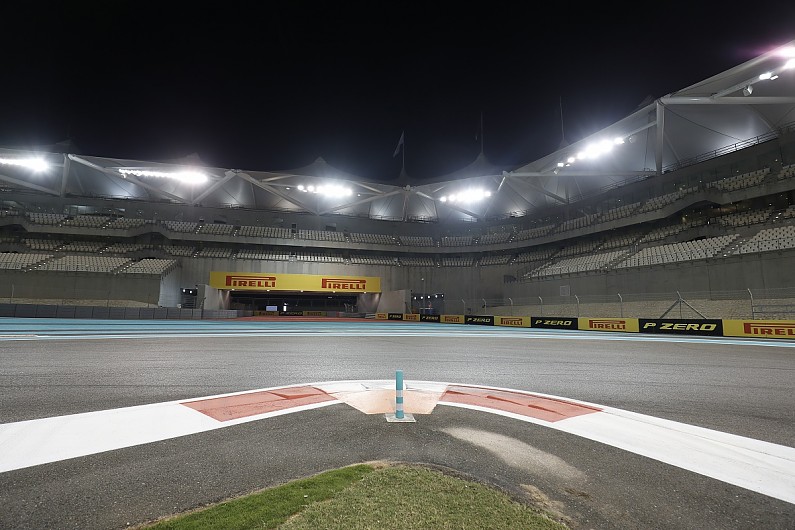 The Q1, Q2 and Q3 knockout-style qualifying format is also being retained on Saturday afternoon to decide the grid for the 55-lap Abu Dhabi GP on Sunday. 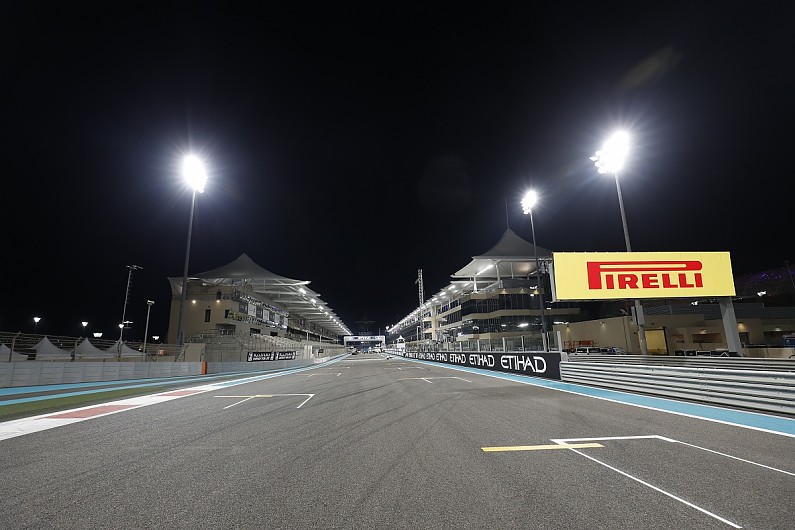 Channel 4 has the rights to show Abu Dhabi GP highlights of qualifying on Saturday and the race on Sunday.

The Yas Marina Circuit is set for dry but cloudy conditions for the race weekend, with a minimal chance of rain. Across the weekend highs of 26 degrees Celsius are forecast - around the same conditions as the Sakhir GP.

Pirelli has opted for its softest range of compounds for the Sakhir GP, with the hard tyre C3, medium tyre C4 and soft tyre C5 - this range was last used at the Russian GP.

Pirelli will also continue its 2021 tyre tests at the Abu Dhabi GP during free practice on Friday. However, unlike in Bahrain, the tyres will be just one set per car of the C4 compound (Bahrain was two sets of C3) and must be used in FP2 only, for a minimum run of eight timed laps. These sets are on top of the usual weekend allocations.