Lewis Hamilton is set to miss the first race of his Formula 1 career following a positive COVID test, which comes despite stringent efforts to avoid risk of infection as JONATHAN NOBLE explains

Lewis Hamilton's positive coronavirus test sent shockwaves through Formula 1 on Tuesday, with the world champion now set to miss the first race of his career.

Having had an unbroken run since he made his debut at the 2007 Australian Grand Prix, Hamilton is definitely out of the Sakhir Grand Prix and may yet miss the season finale in Abu Dhabi.

But the surprise of Hamilton's positive test is increased by the fact that the Mercedes driver had been one of the strictest when it came to trying to keep himself isolated from others.

At the races, he steered clear of staying in hotels and instead lived out of his motorhome.

There was also limited contact with team members, with all meetings being done on Zoom, in order to try to minimise the risks of infection.

As Mercedes boss Toto Wolff said: "The drivers are the most restricted of the whole group, of the whole team.

"Certainly it's not a great situation for them because you almost need to live like a hermit and that's what they are doing.

"They are at home, they are not going out for dinners. They are not meeting any other people." 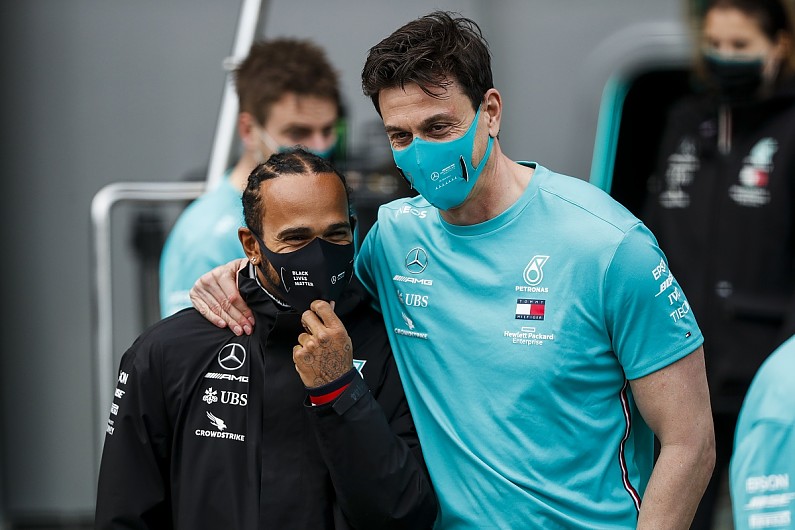 Hamilton indeed did try to cut himself off from as many people as possible when back home in Monaco, explaining in a recent interview to select media, including Autosport: "This year has been the first time I've been home. I've never really been home.

"Obviously in my winter, I go to the mountains [in Colorado], which I really see as my main home. Because it's a house and it's full of love and memories from people, the family that come every winter.

"Where I've lived in Monaco, it's been somewhere I go back to and I'd call home but it lacks those memories. I'll be there for short periods of time. So it's not been the easiest.

"But I think this year, finally being in one place for a week after a race, I've just not really ever had that and it's been really good in many ways, but, you know, pretty challenging. Also there's been times just to keep your head above water, and it's definitely been a challenge.

"But I know it's the same for so many people around the world. I've had lots of different things to focus on. I've managed to find myself very comfortable on my own, but managed to find peace, being centered and just being happy. And I've been able to focus on weaknesses in training."

Hamilton's bubble consisted mostly of himself and his physio Angela Cullen. Even long-time assistant Marc Hynes did not spend much time close to him.

"It's been mainly with Angela," explained Hamilton. "So Marc heads home [after races], and he's not really I wouldn't say too much in my bubble. So it's been Angela, and thank God for Angela." 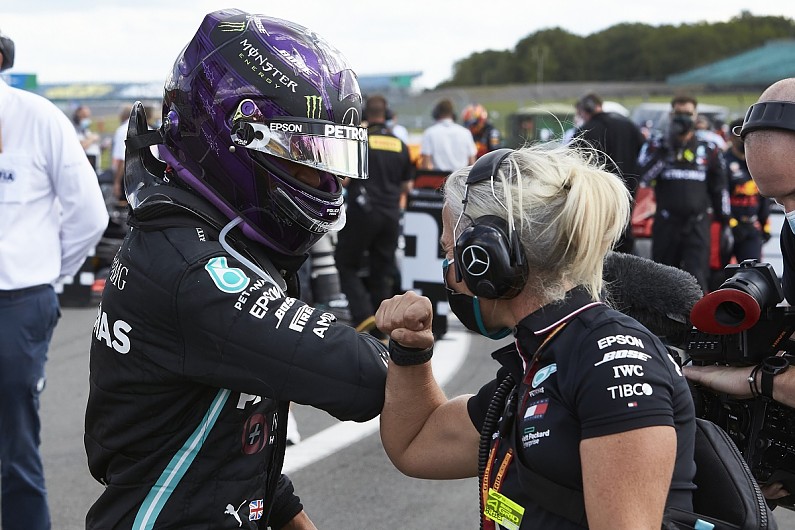 Hamilton said that he often tried to encourage Cullen to spend more time with her family, but she insisted on staying with him to help him out.

"I've tried to get her to go home to her family as much as possible," he added. "But it's not easy to spend time with anyone I think for long periods of time. But we're room-mates and you know, pretty much best of friends. So we work well. And pretty much we do everything together.

"We always skydive together, we surf together, we run together, we go to the gym, we do everything pretty much. We do yoga together, meditate now. So we're very much aligned in terms of things we like to do.

"We are both on a plant-based diet, so we're learning a lot together. And there's things I raised that she maybe didn't know, and vice versa."

But despite all the precautions, which even included his boss Wolff refusing to visit him in Monaco when he had the opportunity, COVID-19 still managed to get inside Hamilton's bubble.