Drivers have been struggling with grip levels at Portimao throughout the race weekend so far due to a combination of the recently resurfaced track and the hardest available tyre selection from Pirelli.

Verstappen was able to qualify third for Red Bull on Saturday, finishing just 0.252 seconds off the pole position time of Mercedes' Lewis Hamilton.

But the Dutchman set his best time of qualifying in Q1, going 0.025s faster than on his Q3 lap, as he struggled for grip amid minimal track evolution or improvement.

"Already the whole weekend has been really tricky with getting the tyres to work," Verstappen said. "Besides the tyres, the tarmac is slippery. [There is] just one line you can take.

"Overall, still good of course to be third, but a bit confusing throughout qualifying. I did my fastest lap time in Q1, and after that I couldn't replicate it, just because I didn't have the same grip.

"Of course the time runs down in Q2 and Q3, you have less time to do your laps. It seemed like it was a bit more difficult for us to get the tyres in a better window, even though I think in Q3 to Q2, it felt a bit better on let's say the one timed lap, on the very first timed lap.

"It was better, but for me, not very enjoyable to drive at the moment with the tyres and grip on the track. 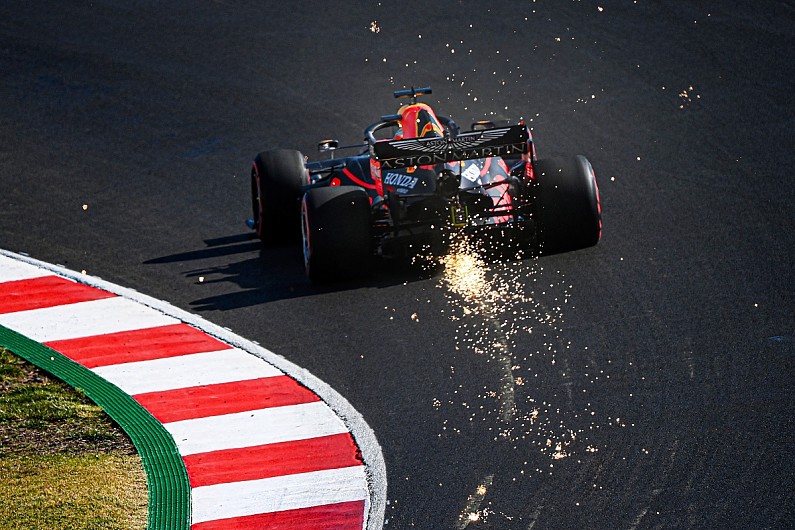 "I was here in January and I thought it was going to be amazing to drive a Formula 1 car, the grip we have.

"For me personally, you can't push. You're just driving on ice. It's a bit of a shame."

Verstappen appeared to be in contention for pole position ahead of the final runs in Q3 as both Mercedes drivers opted to switch to medium tyres, with Hamilton improving to take pole ahead of team-mate Valtteri Bottas.

It marked the second race in a row where Verstappen had looked closer to the Mercedes drivers in qualifying than at previous races, but he felt it was hard to judge if Red Bull had truly cut the gap.

"Again we were very close, [it's] just difficult to really judge again the performance because of the tyres and the grip," Verstappen said.

"I think we have to go to a track again where we have driven before, like the last few years, and see where we are, because we have a bit more knowledge there.

"These kind of events are sometimes hit and miss. Sometimes you can do them better than others.

"But still, to be P3 and be quite close to them is a good achievement I think."