Romain Grosjean has confirmed that he is out of the Haas Formula 1 team at the end of the year.

The Frenchman's place at the outfit had been in doubt for weeks, with the American-owned squad looking likely to take an all-new line-up for 2021.

On Thursday morning, Grosjean announced that his contract was not being extended and he would be leaving the squad at the end of the year.

"The last chapter is closed and the book is finished," he posted on Facebook.

"I've been with Haas F1 Team since day one.

"Five years during which we went through highs and lows, scored 110 points in 92 races, but the journey was worth it.

"I've learned a lot, improved to be a better driver as well as a better man.

"I hope I've also helped people in the team to improve themself.

"This is probably my biggest pride, more than any of the crazy first races in 2016 or the P4 at the Austrian GP 2018.

"I wish the team all the best for the future." 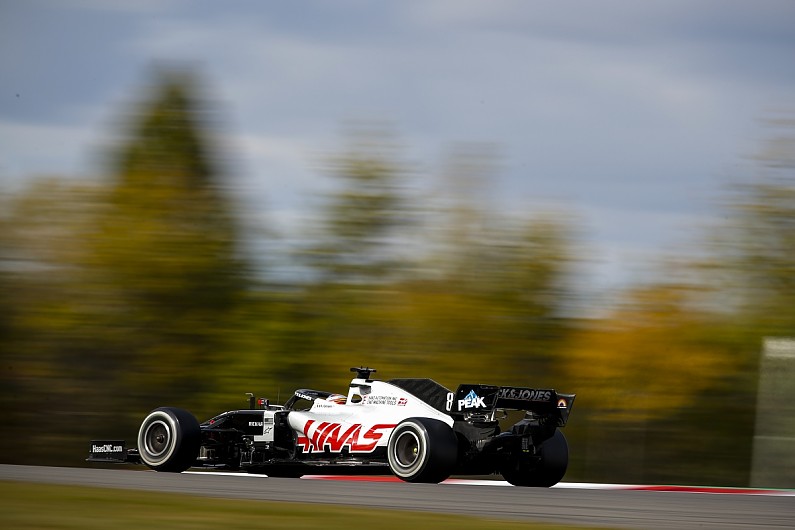 Grosjean's chances of finding another seat in F1 are very slim, with limited vacancies now available.

He would also find himself going up against an experienced and well-backed driver like Sergio Perez.

Recently, Grosjean expressed an interest in Peugeot's new Hypercar project which is expected to start racing from 2022.

Grosjean's departure comes amid growing indications Haas will take an all-rookie line-up for next season - meaning Kevin Magnussen will also not be retained.

Formula 2 race winner Nikita Mazepin is favourite for one of the seats, with sources also indicating that F2 championship leader Mick Schumacher is a frontrunner for the second seat.

Schumacher's place will depend on Ferrari giving the final nod for Antonio Giovinazzi to retain his place at Alfa Romeo.

Grosjean made his F1 debut with Renault midway through the 2009 campaign but lost his seat at the end of the year.

He eventually returned to grand prix racing in 2012 with the Lotus team, helping the outfit to a number of podium finishes before he switched to Haas for its debut season in 2016.

His best result for Haas was fourth place in the 2018 Austrian Grand Prix.