Renault has indicated that it is willing to supply engines to Red Bull Racing and AlphaTauri after Honda pulls out of Formula 1 at the end of 2021.

Both teams are beginning the search for an alternative partner for 2022 after Honda announced on Friday that it will stop its F1 programme at the end of next season.

Renault supplied engines to Red Bull from 2007-'18, and the two companies won four double world championships together between 2010-'14.

Renault may be required to supply engines regardless, as Appendix 9 of the FIA sporting regulations obliges the manufacturer with the fewest partner teams to supply a competitor that has no alternatives.

From next year Mercedes will have four teams and Ferrari three, while currently Renault's only commitment is to its rebranded works Alpine outfit.

Abiteboul said that the French manufacturer has not heard from Red Bull since today's announcement, but is ready to fulfil the FIA's obligation to supply should it arise. 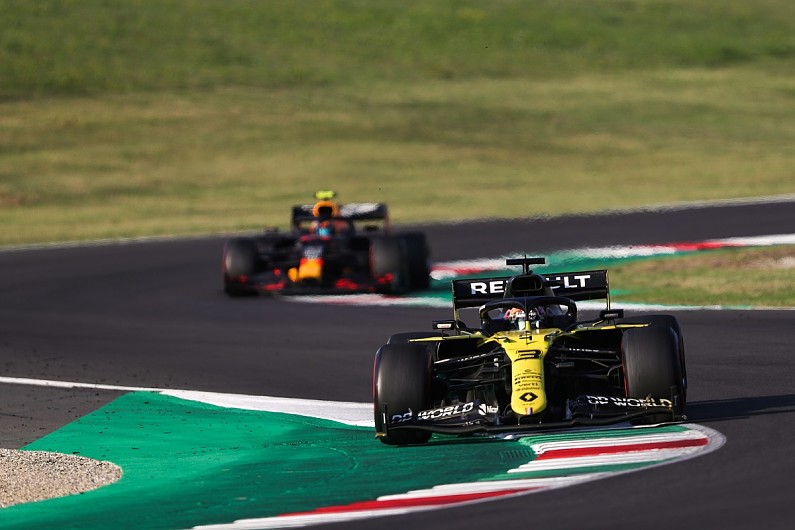 "I can confirm there was absolutely no conversation to this point," he told Autosport.

"Being in the sport we are well aware of the regulation, and we have every intent to comply with the regulation and with our obligations.

"Obviously it's a bit more detailed - we need to be requested, and we have not been requested yet, and secondly there are very specific circumstances, including timing, for this to happen. And we are still quite far from that window, which is not before the spring of next year.

Asked if a reunion with Red Bull would be awkward given their shared history, Abiteboul said: "I think so, but we need obviously to look at the sport. And I think we are still very far away from having to possibly cross that bridge.

"I can't imagine that Red Bull would not have some plan in the background. Clearly they must have been aware of this, and Helmut [Marko] and Christian are full of moves and solutions. I don't expect that we will be their Plan A!"

Abiteboul added that Honda's decision to withdraw from F1 at the end of 2021 did not come as a total surprise.

"We know it's always something that can happen," he said.

"I knew that they had to confirm their position after 2021, and now that was probably the time to do that - and maybe the lack of confirmation was already an indication, because when I see how advanced we are already into the 2022 engine design I guess it's de facto some form of orientation."