Renault team boss Cyril Abiteboul says the squad's progress in Formula 1 this year explains just why he was so frustrated when Daniel Ricciardo first signed with McLaren.

As part of the pre-season driver merry-go-round prompted by Ferrari not keeping Sebastian Vettel for 2021, Ricciardo was snapped up by McLaren as the replacement for the Scuderia-bound Carlos Sainz Jr.

That move prompted Abiteboul to express some annoyance at Ricciardo's decision when it first happened.

In a statement confirming the news of Ricciardo's departure, Abiteboul said: "Reciprocated confidence, unity and commitment are, more than ever, critical values for a works team."

While Ricciardo and Renault have put the matter behind them to challenge for podiums this season, Abiteboul says he felt the way he did simply because he knew things were going to move forward in 2020, but had no way of proving it at the time.

"I think everyone has been able to feel the frustration, and my own frustration, when it was announced," said Abiteboul, in an exclusive interview with Autosport.

"And let's be honest. I had the feeling that this [progress] was coming: that the team had made a step up, and that the car would be better.

"Plus that there was much more to come actually in the pipeline, that he [Ricciardo] had not driven yet.

"I knew the figures, but the problem is that it's only figures, and I know that he's been promised lots of things in the past not only by us, but also by his previous team. 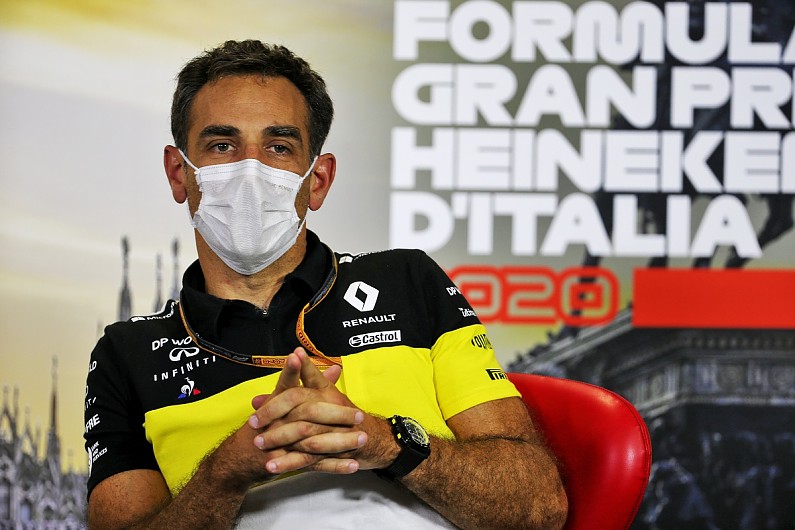 "Daniel is very emotional but he has clearly made a step up. He has gained massively in confidence with the team and with the car, and the relationship between him and his race engineer is very, very strong.

"We see all of that: it's finally paying dividends."

Abiteboul said one of the key lessons to take out of this year with Ricciardo is how it can take time for drivers to fully reach their potential with teams.

It means Renault needs to be looking towards more long-term commitment to its drivers, rather than making repeated changes.

"It's really true that when you change driver, you make a step back before making a step forward," said Abiteboul.

"We see that this year, and it's something that we'd like to do in the future: to clearly bring stability.

"Because year one is always a bit of an investment before the years ahead. So we need to have longer stints with our drivers if want to make steps forward."

Renault has signed Fernando Alonso as replacement for Ricciardo, in a multi-year deal that will take him at least until the end of 2022.