Franz Tost expects Red Bull to decide on where it will place its drivers across its senior Formula 1 team and AlphaTauri for 2021 in the next six weeks.

Gasly was replaced at Red Bull after just 12 races in 2019 and returned to its sister team - then known as Toro Rosso - with Alexander Albon moving in the opposite direction.

Albon has struggled for form through the 2020 season to date, finishing a race no higher than fourth and has just five more points than Gasly.

AlphaTauri team principal Tost said Gasly's victory at Monza was proof of his talent and ability, having controlled the final 27 laps and soaked up late pressure from Carlos Sainz Jr. to take the win.

"I rate him very high, because what he showed in Monza was really a fantastic race, how he controlled the pace, and how he made clear to Carlos that there is no way that he has a chance to pass him.

"He drove, I must say, a very, very matured race. Therefore I rate him very high."

Gasly said in the wake of his victory that he felt "ready" to return to Red Bull if he were to receive a call-up, and that he hoped his strong results through 2020 would be "rewarded with something". 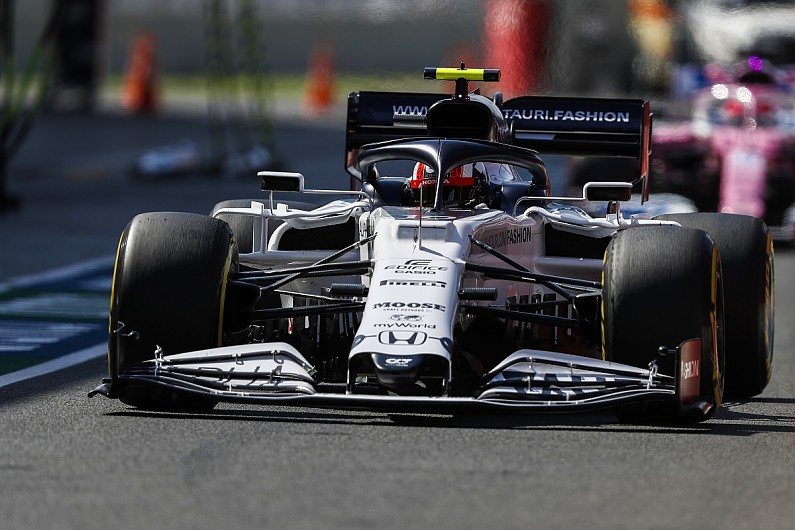 Asked about the possibility of Gasly returning to Red Bull, Tost said he expected a decision to be taken in the next six weeks.

"The driver question will come up with Red Bull in the end of October, beginning of November," Tost said.

"We will see how everything is continuing in.

"And then Red Bull makes a decision which driver is racing in which team."

Gasly, Albon, and Daniil Kvyat are all under contracts that would allow them to be placed at either Red Bull Racing or AlphaTauri as Red Bull wishes.

Red Bull also has upcoming Honda-backed youngster Yuki Tsunoda in contention for the F2 title, putting him in the running for a potential F1 graduation in the future.

Asked by Autosport if he would jump at a chance to return to Red Bull in the future, Gasly said he always wanted to be in the quickest car possible.

"That's the goal for every racing driver, you want to be in the fastest car possible to get the best positions you can," Gasly said.

"Even though I feel at the moment, we are performing at a high level and really extracting everything from the AlphaTauri car, my personal target is to fight for podiums on a more regular basis and wins, and championships if possible.

"So [I will] always try to be in the fastest car available. And this will always stay the target."