© 2020 Autosport.  All rights reserved.
Previous / McLaren: Our fight is not with Mercedes at Italian GP
Next / Ricciardo: Mercedes "dished it back" in party mode ban

Racing Point has announced it has withdrawn its appeal against the FIA's ruling over its rear brake duct design after receiving clarification on Formula 1's listed parts rules.

Racing Point was hit with a 15-point Formula 1 constructors' championship penalty and a €400,000 fine after it was deemed to have used an illegal design process for its 2020 rear brake ducts.

The team maintained its innocence throughout the case, claiming it had not illegally used information from Mercedes on its 2019 brake ducts, which its 2020 part was judged to have been a copy of.

Racing Point commenced the process to appeal the ruling through the FIA's International Court of Appeal in a bid to get the rules clarified and have its penalty overturned.

But following talks with teams and clarifications from the FIA over rules on the use of listed and non-listed parts, Racing Point confirmed on Sunday it has withdrawn its appeal.

"We welcome the resolution the teams have agreed, and we're pleased the FIA has provided much-needed clarification of the rules on listed and non-listed parts," Racing Point said. 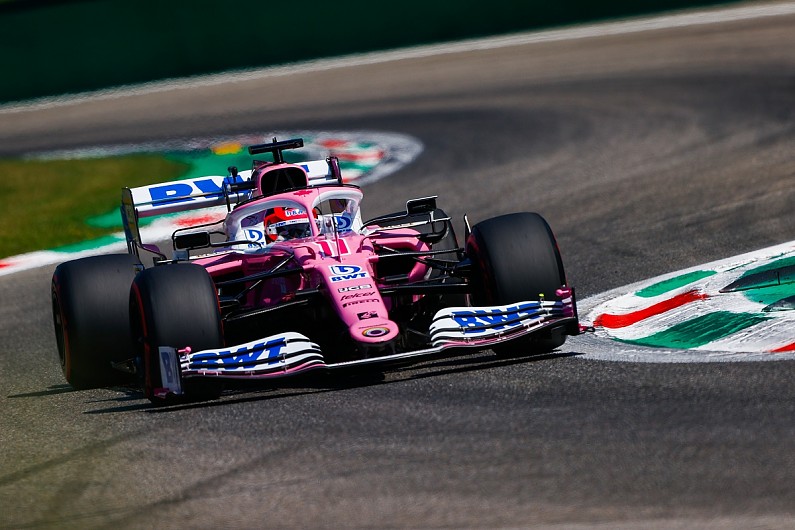 "Now that the ambiguity around the regulations has been settled, we have decided to withdraw our appeal in the wider interests of the sport.

"This issue has been a distraction for us and the other teams, but now we and everyone else can get back to focusing solely on what we're all here to do: racing hard and providing excitement and entertainment for the millions of F1 fans around the world."

It means Ferrari is now the only team still proceeding with its appeal against the FIA's ruling, following withdrawals from McLaren, Renault and Williams over the case after they initially planned a protest.

Ferrari team principal Mattia Binotto indicated on Friday that it was willing to withdraw its appeal so long as clarifications were made regarding car copying.

"If regulations will be put in place, or a technical directive for the future in 2021 where we are pretty sure it will not be possible to copy, we are ready to withdraw our appeal," Binotto said.

Share this article on Facebook Twitter LinkedIn Email
Previous / McLaren: Our fight is not with Mercedes at Italian GP
Next / Ricciardo: Mercedes "dished it back" in party mode ban
© 2020 Autosport