Toto Wolff has revealed that Mercedes was preparing for a ban on Formula 1 'party mode' engine settings before the FIA issued its technical clampdown.

This weekend's Italian Grand Prix is the first race where teams have been banned from changing engine settings during qualifying and the race, requiring them to run a single mode throughout the sessions.

It was seen as a move to try and rein in the dominant Mercedes cars, but Lewis Hamilton and Valtteri Bottas swept to a front row lock-out at Monza in qualifying on Saturday.

Hamilton's pole time was eight-tenths of a second faster than third-placed Carlos Sainz Jr's effort for McLaren, showing few signs that Mercedes' advantage had been cut.

Speaking after qualifying at Monza, team principal Wolff said that Mercedes had been preparing for the ban on engine mode changes even before the FIA communicated the ruling, reacting to opposition it saw growing.

"The way we operate is about extracting performance, and being as adaptable as an organisation, almost the Darwinistic principle, to confront every possible situation that comes up," Wolff said.

"Once it was clear that the lobby against our qualy mode has grown, much before the TD came out of the regulations, we shifted our development work towards that situation.

"Today, we've seen for the first time how the level of performance has changed between the teams, and there are some interesting outcomes.

"I think maybe the ones that pushed the hardest didn't show great performance today.

"The biggest advantage we have focused on is to gain race time, and that happens tomorrow. But you don't want to praise the day before the evening. 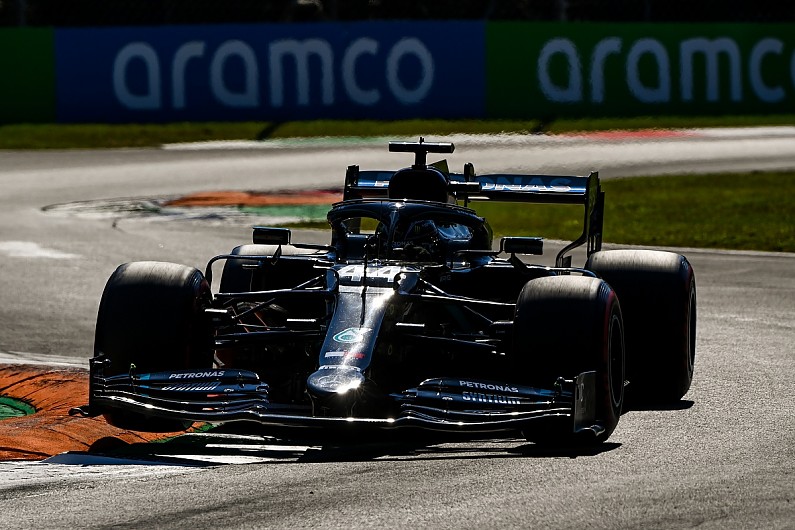 "We are pushing the boundaries, and therefore we've had a really good Saturday, and I'm very pleased for the team.

"Now we need to do well on Sunday."

Red Bull was one of the teams most in favour of the engine mode ban, but could only finish fifth and ninth in qualifying at Monza.

Bottas said after the session that he did not think Red Bull would be very "happy" with the engine mode change ban in light of the result.

Wolff had previously stated that Mercedes would react to the ruling by opting to run a higher engine mode throughout the race than it has done previously.

"I think we have a great organisation, and the mentality in Brixworth was great. They said bring it on, let's come up with a strong mode for qualifying that we can run all race.

"Overall, we have lost very little qualifying performance, but gained a lot of performance in the race. We can run the engine much harder in the race.

"We're only able to achieve that with a lot of research and a lot of bench running.

"So far, so good. Let's see how it pans out over the next sessions."