George Russell was left frustrated after feeling Williams missed the chance to capitalise on a "comical" Formula 1 qualifying session for the Italian Grand Prix.

The opening stage of qualifying at Monza was marred by a number of drivers bunching at Parabolica in a bid to get a tow on cars ahead, and led to many going side-by-side during their hot laps.

Russell got stuck behind Kimi Raikkonen and Esteban Ocon during his final qualifying lap, meaning he was unable to improve on his final effort and qualified 19th.

Russell vented his frustration over team radio to Williams, saying: "What on earth are we playing at? We need to be the ones capitalising on these f**k ups, not the ones in the f**k up."

Speaking after the session, Russell said he felt an opportunity for Williams to advance to Q2 had been missed amid the late traffic.

"We are the slowest team on the grid, we've had some incredible Saturdays, but we need an extreme circumstance to give us that opportunity," Russell said.

"Today was one of those ridiculous circumstances, and we were absolutely in the thick of it. Ridiculous.

"It all starts from where you're sent out of the pit lane. I'm not pointing fingers at anybody, but everybody is in the same boat. 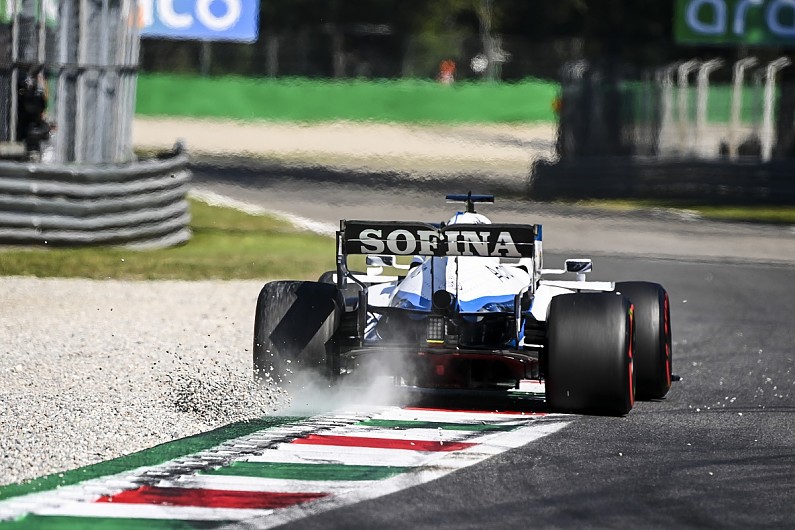 "I don't know why every single team sends their cars at the exact same time, because you know exactly what is going to happen."

The issue of cars bunching was evident in final practice when cars going slowly forced Lewis Hamilton to drive on the grass heading to the final corner, prompting Hamilton and seven other drivers to be summoned by the stewards, although no further action was taken.

Russell suggested that cars should be sent out in constructors' championship order with five-second intervals left between each car.

"I'm trying to fight my way through, and no-one wants to be stuck behind a Williams, because it catches up during the lap!

"Everyone's blocking from me.

"There's going to be a crash. It was a little bit comical."

None of the bottom six cars in Q1 managed to improve on their final laps, meaning that Romain Grosjean, Sebastian Vettel, Antonio Giovinazzi and Nicholas Latifi all joined Russell in the drop zone. 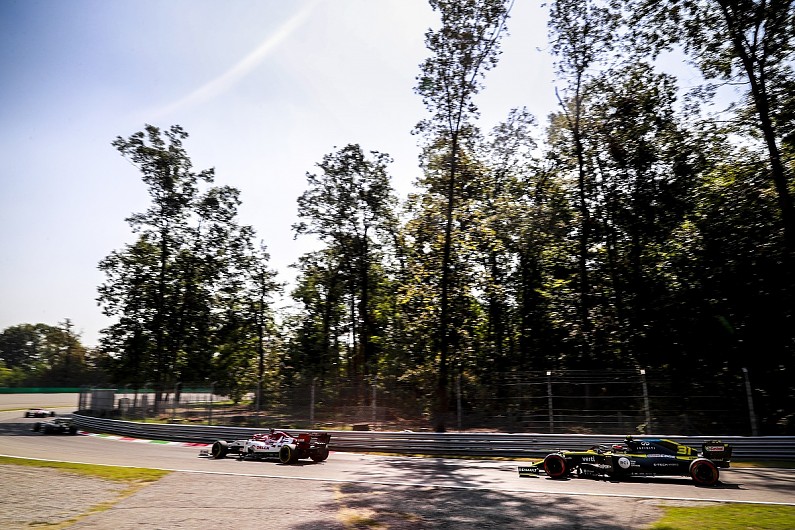 Renault driver Ocon is under investigation for blocking Raikkonen and Latifi during Q1, but Raikkonen felt there was nothing to be looked into.

"I don't know what they want to investigate," Raikkonen said.

"We're allowed to race in the end, and the only thing, he was squeezing me off, but I don't know.

"In the end, nobody did anything wrong.

"It just happened to try to start the lap close to each other. That's what happens sometimes."