Eight drivers have been summoned to the see the stewards ahead of qualifying at Formula 1's 2020 Italian Grand Prix following a near-collision late-on in FP3 involving Lewis Hamilton.

The Mercedes driver had to take to the grass on the right-hand side of the straight approaching the Parabolica as he weaved through a pack of cars running slowly into the long right-hander.

Hamilton and the other drivers involved - Nicholas Latifi, Romain Grosjean, Sergio Perez, Pierre Gasly, Lance Stroll, Alexander Albon and Carlos Sainz Jr - have been ordered to report to the stewards at 2.10pm local time at Monza, 50 minutes before the start of qualifying.

Hamilton had headed out along with the rest of the pack for the final three minutes of FP3, after the red flags had been called for Daniel Ricciardo's stranded Renault, but was making his way back to the pits as the other seven drivers involved in the incident were preparing to start a final flying lap in the session's closing seconds.

The build up to the Italian GP has been dominated by concerns about such incidents, as the influence of the tow at Monza provides such a big benefit to cars running just over three seconds behind a car in front.

This has led to cars hanging back before they start their laps to try and get the gap they need, while also running slowly on out laps and battery recharge laps to try and keep life in the tyres.

The end of qualifying at the 2019 Italian GP was blighted by farcical scenes as the runners attempted to avoid running at the head of the pack, with only Sainz going on to set a time.

The FIA has introduced a minimum 1m43s time as a guide for all laps other than an outlap, although many cars were running above that time on laps in the final practice session, which was topped by Valtteri Bottas. 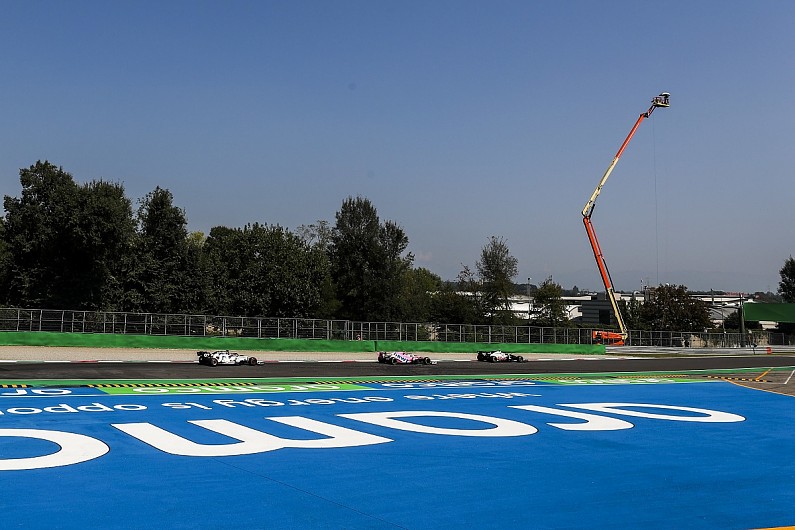 Several drivers commented on the potential for chaos in qualifying after completing their runs in Friday practice.

"If you look at FP2, you can see even if you don't need the tow everyone is practicing the tow," said Sainz.

"It is clear that everyone is going to be looking for slipstreams, and it could create a bit of chaos.

"As long as we can all do our qualifying laps, then messing around with tows is part of the show so I don't care if it is too much of a show.

"What we all want is safety and get all our laps."

Max Verstappen said: "You will see in qualifying that everyone will be going for that [tow].

"It also depends a bit on how you are going on your out lap. But expect that this will cause a lot of chaos during qualifying."

Gasly added: "It might be tricky, like last year was a bit ridiculous at some point, so I hope it will not be like that, but of course we have to be ready for the worst of scenarios."

The stewards confirmed at the end of the first stage of qualifying that no further action would be taken against the seven drivers who had been under investigation for blocking Hamilton.

The report said the stewards found it "impossible to determine that any driver was wholly or predominantly to blame for the incident.

"Whilst it might be assumed that the first car in the 'queue' was predominantly to blame, it was not possible for us to determine how far forward in the queue we should consider and all cars appeared to have complied with the minimum time specified by the Race Director.

"Additionally, this was free practice, not qualifying, so it was not unreasonable for [Hamilton] to seek to enter the pit lane on what was an out lap, in order to perform a practice start.

"However, the Stewards expect that the entire field will respect the Race Director's instructions and that further, will use best endeavours to remain off the racing line when not at full speed."