Leclerc could only manage 13th place in Q2, while his team-mate Sebastian Vettel failed to progress from the first session, and will start 17th.

It marks the first time since 1984 that there are no Ferraris in the top 10 on the grid of the Italian Grand Prix.

On that occasion Michele Alboreto started 11th and Rene Arnoux 14th, although on a Sunday afternoon of high attrition the former rose to second place by the chequered flag.

This weekend's Monza event comes immediately after a disappointing race at Spa, another venue featuring high speed sections and requiring a low downforce set-up, where Vettel and Leclerc finished 13th and 14th.

"At the end we expected it a little bit coming into this weekend," Leclerc told Sky Sports F1.

"We know that Spa and here are probably the two worst tracks for us, with another one probably a bit later in the year. It's like this, it's tough, because once you do a good lap and you do P13, it doesn't feel good.

"For now it's like this, and I need to extract the maximum out of the car in the situation we are in, and that's what I try to do.

"Surely, it hurts even more once it's at home. It's a reality at the moment for us unfortunately.

"We need to work, and hopefully for Mugello, which is still home for Ferrari, we'll be a bit better." 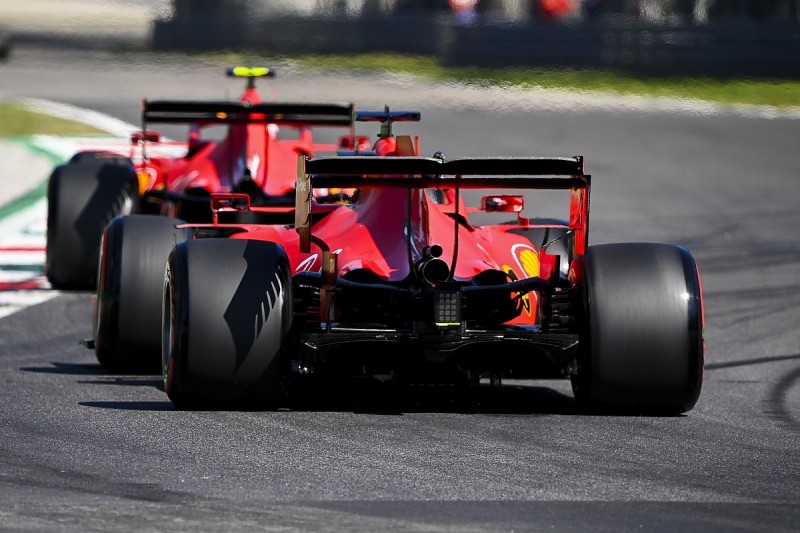 Leclerc has been trying to remain upbeat knowing Ferrari's current issues are exposed by the Spa and Monza circuit characteristics.

"I hope that from next race onwards we'll see a light at the end of the tunnel, because that's two very tough weekends for us, where we are trying things on the car.

"We don't find a way through for now, we need to keep our head down, stay motivated, and better days will be coming."

A frustrated Vettel was compromised in Q1 by a queue of cars at the start of the final runs, which prevented him from getting a clear lap.

"There was no point to start overtaking each other," Vettel said. "There's the minimum time, so it should be that everyone is making it. The moment you start overtaking, it's causing trouble. That's what it was."