Formula 1 stays at Silverstone for the second week in a row, racing at the historic track for their 70th anniversary race. Find out more about it here.

For the second time in the shaken-up 2020 F1 season the paddock stays in place, this time ahead of a second race at Silverstone, just as it did for the opening rounds at the Red Bull Ring, with the 70th Anniversary Grand Prix running one week after the British GP.

Lewis Hamilton held on for a dramatic record-extending seventh British GP win last weekend, crossing the line on three wheels after a tyre puncture on the final lap, while Mercedes team-mate Valtteri Bottas suffered a hit to his world title hopes when he also suffered a tyre blowout with four laps to go which dropped him from second place to 11th.

Why is Formula 1 racing at Silverstone again?

As part of F1's efforts to bulk out the race calendar amid the COVID-19 crisis which recently saw the cancellation of the United States, Mexican and Brazilian rounds, both the Red Bull Ring and Silverstone are hosting double-headers - a first in F1 history.

Silverstone offered to host up to 12 F1 races this year to help with the reshuffled calendar, and struck a deal with championship bosses for two consecutive races using the same circuit layout.

Given the proximity of Silverstone to the majority of F1 teams, with seven out of 10 squads based in the UK, logistically the series has fewer headaches with less travel considerations while still following the strict COVID-19 protocols that are in place. 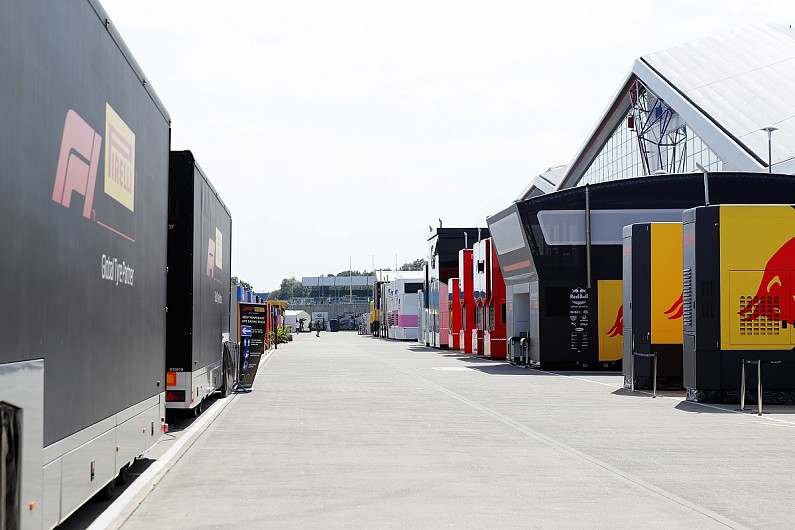 Why is it called the 70th Anniversary Grand Prix?

While the second Austrian race was called the Styrian GP, based on the location of the circuit, F1 has opted to celebrate its 70th year of grand prix world championship racing at the track which hosted the series' first race in 1950.

Therefore the second Silverstone race has been given the official title of the 70th Anniversary Grand Prix, as the same name cannot be used for more than one race per season, after the first race was called the British GP.

Is this the last time F1 will be racing at the same track twice?

On the current 2020 F1 calendar, the two Silverstone races is the final double-header planned to be run at the same circuit after the Austrian double last month.

Provisional plans are in place for another double-header in Bahrain, albeit potentially using different circuit layouts for each race at the Bahrain International Circuit, but F1 organisers are yet to confirm the rest of the race calendar beyond the opening 13 rounds.

Will F1 be doing anything differently to the British Grand Prix?

Under current preparations, minor changes will be in place for the 70th Anniversary GP compared to last weekend's British GP.

Pirelli has confirmed it has opted to go for tyres that are one step softer than the British GP options, effectively making last weekend's soft the medium and the medium the hard, which is expected to create a two-stop race in terms of strategy.

The race weekend format itself remains unchanged with the regular 90-minute FP1 and FP2 sessions on Friday, 60-minute FP3 and qualifying on Saturday and the 52-lap race on Sunday.

Formula 2, Formula 3 and the Porsche Supercup will also act as the support categories again.