Sebastian Vettel has challenged Mattia Binotto's claim that the COVID-19 pandemic was the trigger for the Ferrari Formula 1 team's decision not to renew his contract.

Binotto last week cited the global shutdown as a factor in Ferrari's decision to drop Vettel for 2021, with McLaren's Carlos Sainz Jr set to replace the four-time world champion.

Last week, when questioned for the first time on Ferrari's decision to drop him for 2021, Vettel revealed that "there was never an offer on the table" and the news of his impending exit came in a "surprise" phone call from Binotto.

Speaking on Red Bull's Servus TV on Monday, Vettel explained that he had expected "it would have been an option to continue" beyond this year and understood that Ferrari wanted the same thing until he was informed otherwise by Binotto.

Expanding on the factors behind his departure, Vettel denied that the pandemic was as "decisive" as had been suggested.

"The conditions with Corona and so on - I don't want to harp on it now, but I don't think they'll be that decisive," said Vettel, who finished 10th after a spin in Sunday's Austrian Grand Prix.

"There were also some reports that we could not agree on the financial aspects. That was not an issue at all and would not have been an issue.

"If you have been in Formula 1 for so long and you've been lucky enough to be so successful and on the other hand gain a certain independence, that would certainly not have been an obstacle, which is why it was surprising. 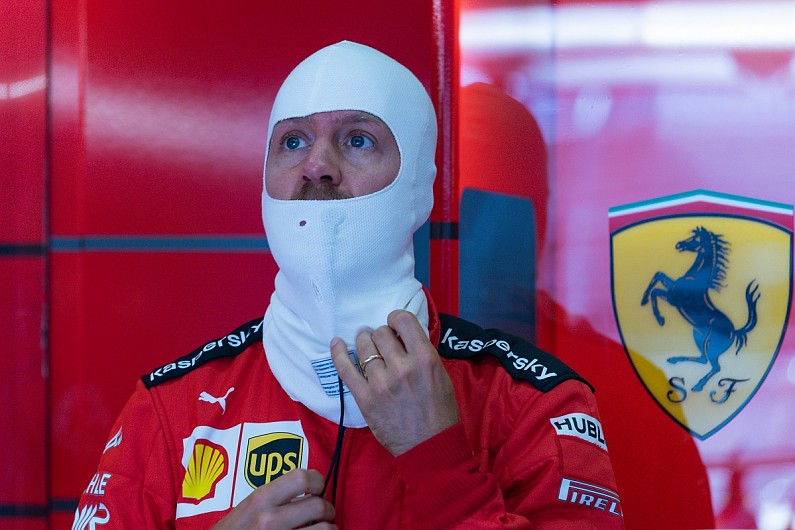 "But the decision as it is, I don't have a problem with it and I accept it as it is.

"I'm still trying to do my job this year and do a better job than yesterday and do the best for the team to bring this to a good end."

Vettel insisted that he hasn't made a decision over his future, but made it clear that he wants to continue to race in "an environment that fits" that is "good for me and fun".

"The goal at that time was to rebuild the team and certainly both sides have tried everything.

"But at the end of the day we failed on both sides, because the title didn't come. That was the big goal.

"Now this is a new situation for me. It will be important for me to find something that is good for me and fun.

"The financial aspect is not at all in the foreground. And of course I am still very ambitious, motorsport is my life. I don't know any other way.

"I wouldn't really want to miss it. With the right job and the right place I would still feel very much at home in a Formula 1 car.

"I think the next few weeks, months, will shed light - also for myself - on what is possible, and what I want to do."