The Formula 1 British Grand Prix could switch to a date in August in order to save the race following the UK government's latest quarantine measures, according to Silverstone's chief.

Silverstone had been hoping to hold back-to-back F1 races on 26 July and 2 August behind closed doors as part of the push to get the 2020 season started amid the COVID-19 pandemic.

But these plans were dealt a blow when the British government announced last week that F1 personnel would not be exempt from a new regulation that requires all international arrivals to spend two weeks in quarantine.

Hungary now looks set to follow the opening races planned in Austria in July, but Silverstone has not given up hope of staging a behind closed doors grand prix this year, saying it could opt for an August slot if required.

"We've got our original dates that we've been holding and talking around in mid-to-late July, but actually we've got a degree of flexibility through August as well," Silverstone managing director Pringle said on Sky Sports F1.

"I don't think that finding a date for Formula 1 is going to be a problem, or indeed two dates.

"What we need is the green light from government, and that will take time.

"In terms of the period we need to stand the venue up, without fans present, it really is relatively short.

"There's quite a lot of planning that needs to account for the COVID-19 implications, and that's new, uncharted territory for us. 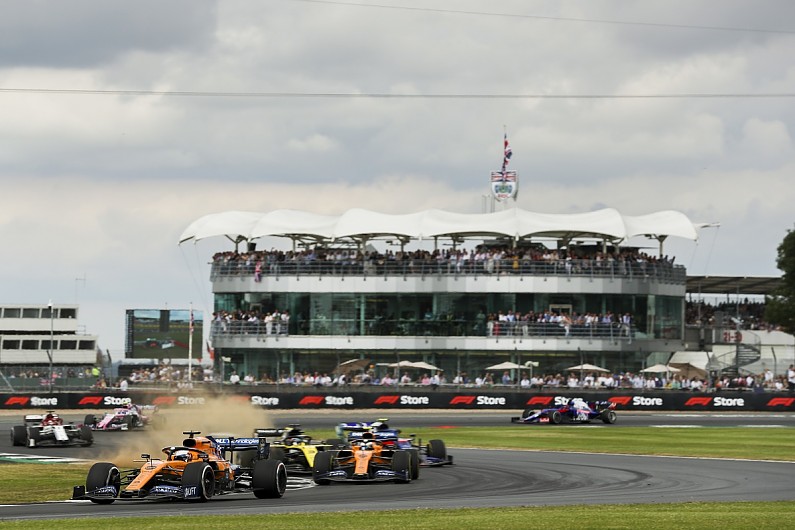 "But everything runs out of a fixed infrastructure. We've got two permanent paddock blocks, so we're not talking about putting up too many marquees or fan areas or anything like that."

This two-week quarantine period is set to come into force on 8 June, and will be reviewed every three weeks by the government.

Pringle said that while pushing the date of a Silverstone race back would give more time for quarantine measures to be eased, granting exemption to F1 personnel would be a more proactive solution.

"I think Formula 1 as a championship needs that exemption, and needs to understand where it is, because they've got to plan," Pringle said.

"It's a huge logistical operation, they've got to knit together a series of dates and get a freight plan that works, and got to know what the impact on the personnel is.

"That requires some clarity.

"I think there is cause for optimism, that if we were to go further to the right in the calendar then it would make things easier.

"For Silverstone, if we move into August, that might give a little more certainty, but actually, I think it's probably essential that there's clarity on the quarantine situation in advance of that."