Daniel Ricciardo is understood to have agreed a McLaren deal for the 2021 Formula 1 season and he is expected to be announced by the Woking outfit this week.

The Australian will replace Carlos Sainz Jr, whose departure for Ferrari will be confirmed in parallel.

Both drivers will come to the end of their initial two-year deals at the conclusion of the 2020 season, although McLaren had an option on Sainz for a third year.

Ricciardo came close to joining McLaren when he was considering his options while still in discussion about a contract extension with Red Bull in the summer of 2018.

Ultimately he decided to go to Renault instead, while in turn Sainz left the French manufacturer to join McLaren.

Ricciardo's departure opens opens up a seat at Renault alongside Esteban Ocon, who has a deal that runs to the end of 2021.

Fernando Alonso is understood to have indicated his interest in returning to the Enstone team for a third stint. 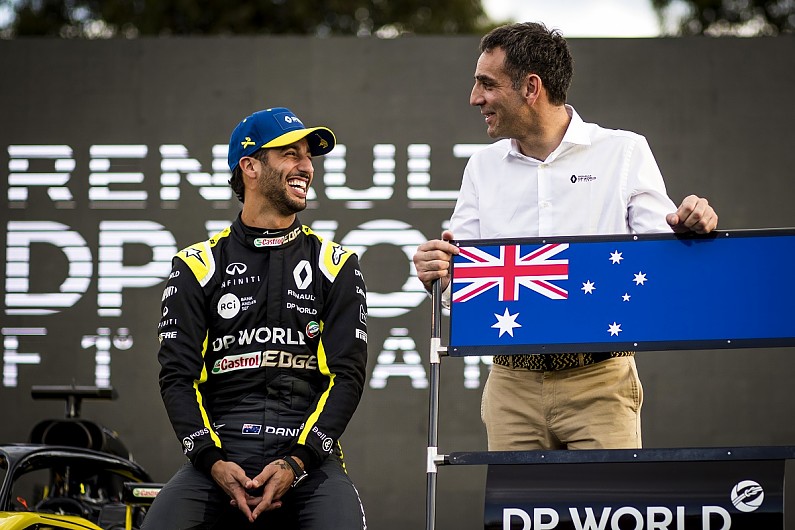 Speaking to Sky F1 last week Renault boss Cyril Abiteboul said he hoped to keep Ricciardo, but hinted that there were no guarantees.

"We like Daniel," he said. "Daniel embarked on a project, that was very clear from day one, and that project is clearly incomplete, both at a team level and I guess also at Daniel's level.

"In particular the circumstances are very strange in that the season has not even started, so we are literally just halfway into what we need to do together, and already we need to think about the future.

"Having said that we have a strategic plan, that plan was around substantial investment for the 2021 car.

"It happens that it's 2022 because the rules are delayed by a year, it doesn't mean that we are dropping the ball on what we need to do this year and next year before 2022.