Canadian Grand Prix promoter Francois Dumontier is "optimistic" the Montreal Formula 1 race can still take place in June, but accepts the event could join the list of postponements.

Following Monday's confirmation that the Azerbaijan GP has been postponed due to the coronavirus pandemic, Canada is now currently set to be the opening round of the 2020 Formula 1 World Championship.

Although not a fully permanent facility, Montreal has a little more time to make a final decision compared with Baku, where organisers have to allow almost three months to prepare the city centre venue.

"As you can imagine I'm in discussion almost every day or every two days with Formula 1," Dumontier told Autosport.

"I'm also in discussion with the local authorities here, the city and the government.

"It's still on the calendar as planned, 14 June. We are optimistic, but we are also realistic.

"We still have a few weeks - I would say two or three weeks in front of us - before we would have to start erecting the grandstands and preparing the site.

"If we need to take a decision about postponing the event, that decision will be a common decision between F1 and myself sometime after the Easter weekend."

Dumontier says that under current local guidelines no work can be done at the facility.

"Yesterday here in Quebec our Prime Minister asked all non-essential businesses to close up to 13 April," he added.

"So currently we couldn't do any work at the track. My team, who organise the race, have been working from home for the last week or 10 days.

"So we still have two or three weeks in front of us before taking the decision.

"Hopefully we could do it on the date, becoming the first race of the season. But at the same time I'm working on different scenarios on postponing the event." 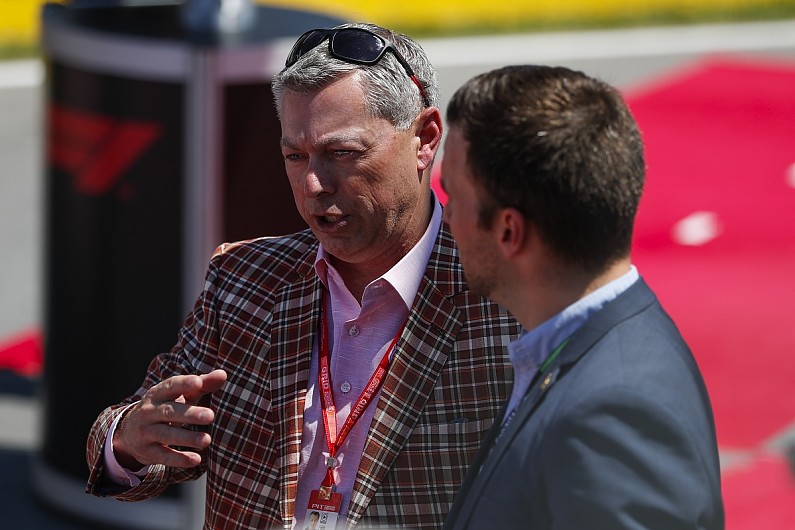 There is some flexibility to run the race later in the year, but due to the harsh Canadian winter it would definitely have to be fitted in before the US GP on October 25.

The first Montreal event in 1978 was held as late as October 8, and for the next three years it ran on the last Sunday of September, before being switched to June.

"We don't have any dates so far - I guess F1 will have to scramble and play with it.

"For us let's say after mid-October it's impossible to run the race."

Although Montreal is heavily supported by government money, Dumontier insists that involvement won't have an impact on any decisions.

"We're a private company who runs the event. We've got some support from private funding, but not into the organisation itself.

"We are in contact with them, and when we take the decision, they will be aligned with us."

Regarding the prospect of the race being lost completely he said: "It would be very bad luck not to run the event.

"I can understand that F1 needs to look at the overall situation around the world, but if we go there, we would work for 2021.

"Like I said we are optimistic, but at the same time we are realistic and lucid.

"We need to evaluate the situation by the hour almost. We still have two or three weeks in front of us.