Leclerc will head into his third F1 season in 2020, having taken two wins and seven pole positions in his first campaign as a Ferrari driver last year.

He had remained unsigned by an F1 team in the early years of his junior career until 2016, before taking back-to-back championships in GP3 and F2 after joining the Ferrari junior programme.

Marko has no regrets about the current state of the Red Bull driver development scheme, and is proud of having an "extraordinary driving talent" in Max Verstappen under a long-term contract.

But when asked who the top single-seater talent not currently signed to a Red Bull deal is, Marko told Autosport.com: "Leclerc. It's quite clear, Leclerc." 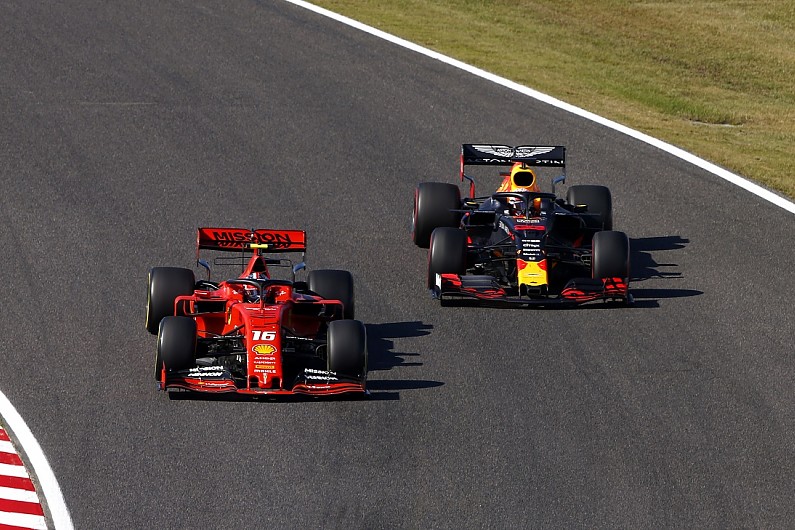 Red Bull has faced a shortage of F1-ready talent to fill its four grand prix racing seats in the recent seasons, which led to recalls for the likes of Brendon Hartley, Daniil Kvyat and Alexander Albon.

Marko, however, is still convinced that the Red Bull Junior Team is the driver development programme of choice for the top young prospects in single-seater racing.

Queried who the most talented non-Red Bull prospect was on the F1 junior ladder, Marko said: "I would say, without any arrogance - the boys, if they have a choice, they'll try to get with Red Bull first.

"But we have our principles, and we don't walk away from them.

"This decade, what we have experienced - everyone now has a lawyer they bring along. Some want one more comma [in the contract], this and that.

"We say - we have our system, it works. We are not prepared to compromise, and these are fair contracts [we offer].

"And in the junior categories, we're moving away from [recruiting in] karting. It's so difficult.

"In karting you have tyres, engines, chassis, that are always changing, but which have such an impact on performance. And we're dealing with 12-year-olds, 13-year-olds.

"There are examples - we had Oli Oakes, who was world champion in karting and nowhere in formula cars.

"He now runs [top junior single-seater team] Hitech, with which we work well together."