Honda believes its ability to hit its engine targets in Formula 1 this season has been key to building mutual trust with its new partner Red Bull.

The Japanese manufacturer has been lauded by Red Bull for producing the gains it promised this season, thanks to an aggressive development programme that included three specification upgrades.

Although Honda had initially wanted to start the season with what eventually became the Spec 2 engine, it has hit the schedule it agreed with Red Bull before the winter of 2018/19, and Autosport understands that the engine maker's performance relative to its rivals is where its Sakura research and development facility targeted by this point.

"There we share our plans and the current situation as well, they share their plan and current position.

"The fact it is almost on the schedule as planned is very important because we have mutual trust in each other, which makes the relationship stronger.

"We are really looking forward to next year."

Honda avoided setting specific goals for this season although privately hoped it would helped Red Bull achieve better results than the team managed with its previous partner Renault.

However, Red Bull motorsport advisor Marko started the year with the intention of winning five races.

Neither party achieved their private or public ambitions, partly due to a year where it had to change its driver line-up. Pierre Gasly drove in the first half of the season before Red Bull took the decision to replace him with F1 rookie Alex Albon. 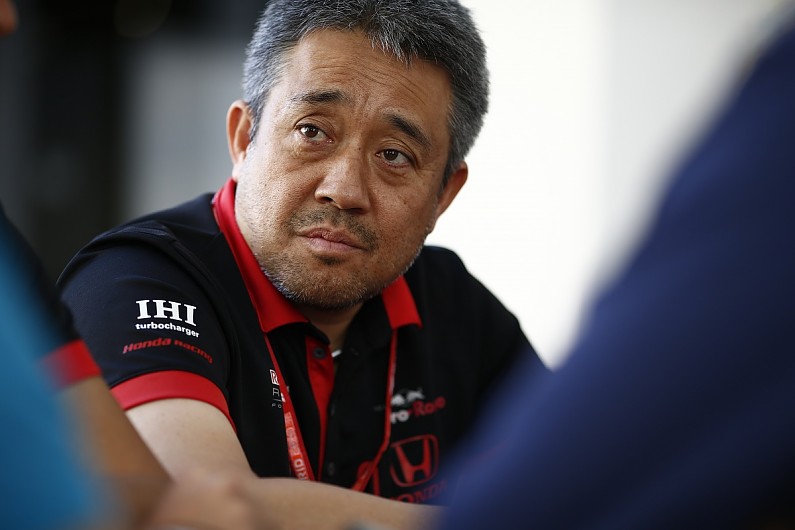 That meant Red Bull's win count was smaller and its points tally was down by two, but Yamamoto said he was never stressed even when Mercedes had a clear advantage early in the season.

"I know Christian and Helmut, we communicate very well, and I have visited the factory at Red Bull," he said.

"So I trust them.

"I thought that maybe we could win in Monaco, which we couldn't in the end.

"However, that didn't give us nerves or anything.

"We were quite relaxed about the situation. We thought it was going to go well."

By the end of the season Red Bull and Honda had suffered no race-ending engine problems, meaning Honda defeated its rivals on reliability for the first time.

It also completed more mileage per engine than any other manufacturer, although these successes are qualified by Mercedes and Ferrari using their engines for longer.

"This year we have a big result in terms of power unit development," added Yamamoto.

"As you can see from the race result, reliability is one thing, but the other thing is power. We are quite close to Mercedes, but we are behind.

"This whole year was really good for us. And we are satisfied about that."