Dutch Grand Prix organisers say the late Charlie Whiting played an important role in adding a banked corner at the Zandvoort circuit ahead of its Formula 1 return in 2020.

The Dutch track will return to the F1 calendar next year with banking created at the final corner in an attempt to boost the chances of overtaking at the end of the straight.

The Arie Luyendyk corner will be angled at 32% - the equivalent of 18 degrees - which is steeper than the Indianapolis Motor Speedway's banking.

Erik Weijers, the Dutch GP's head of operations, revealed on Monday that suggestions from Whiting - F1's race director who died in March ahead of the start of the season - inspired the idea of the baking when he visited the circuit in September last year.

"He was also very enthusiastic about the shape of the circuit, the gravel traps and the short pitlane," said Weijers.

"At the Luyendijk corner, he suggested putting a crash barrier directly next to the track.

"That reduces the impact when you shoot off the course. The farther from the course, the greater the angle and the impact.

"A day after the visit we returned to the office and we said, 'why don't we do banking?'

That also fits nicely with name giver Arie, given his roots in America. We put that idea in front of FOM.

"They were also enthusiastic and that's how the ball started rolling. [And] we realised that specialists were needed for that.

"That's how we came in contact with Dromo. They started off with our idea and our briefing to keep Zandvoort an old school circuit and it worked very well." 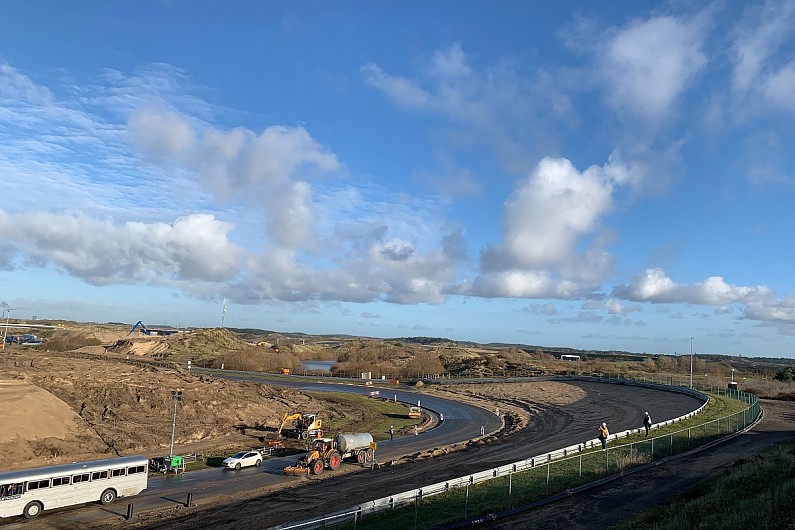 Weijers said that other ideas to improve overtaking chances were considered before the banking plan was finally set.

"We are actually going back to January 2017, when people from Formula One Management (FOM) came to see the facilities and the circuit for the first time.

"They were very charmed by the 'old school' circuit.

"We indicated that little could be changed about the track. You can't just make the straight two hundred meters longer.

"We then went to see with the technical people at FOM [and asked] how we could make Zandvoort 'sexy' and suitable for overtaking.

"The first idea was to make Turn 13 sharper or to insert a chicane to take out the speed, so that the drivers could accelerate full to the first turn and the DRS could open early."