Mercedes Formula 1 driver Valtteri Bottas says he has been battling an illness during the entire Abu Dhabi Grand Prix weekend.

The Finn, whose chances of a strong result were dashed before the weekend started when he needed an engine change, said after qualifying that he had started feeling worse since he landed in Abu Dhabi.

Bottas finished qualifying in second place behind team-mate Lewis Hamilton, but will start from the back of the grid following two powerunit changes ahead of the grid-deciding session.

"Well, I'm feeling better already than a couple of days ago," Bottas, visibly and audibly unwell during the press conference, said.

"I've been quite ill this week since Monday night. So when I travelled here, it got worse. But in the car, it doesn't matter. You know, the adrenaline kicks in and you feel normal."

Bottas had been quickest in both Friday practice sessions, but was unable to match Hamilton's pace in Q3, finishing 0.194 seconds behind the world champion. 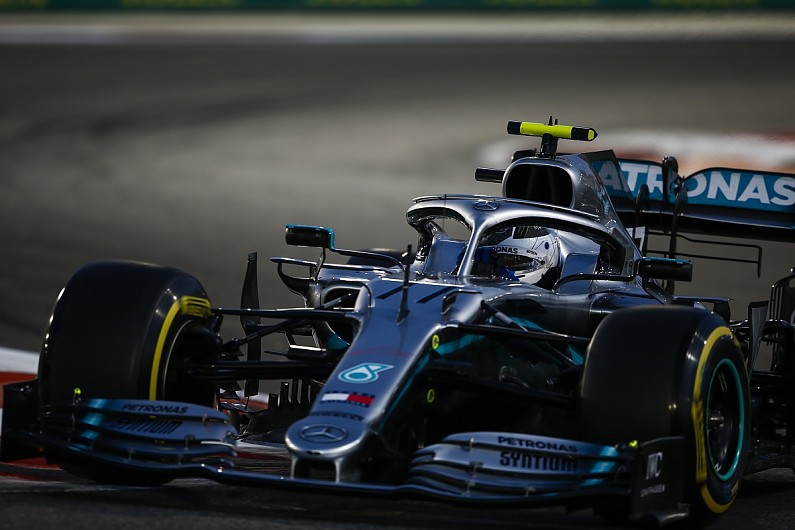 He conceded that Hamilton was probably out of reach even with a perfect lap.

"That lap was OK," Bottas added. "I think still it felt like Lewis was a little bit too quick and I think we were slightly different with a set-up as well by the end of the qualifying.

"I felt a bit more comfortable yesterday with the car overall but obviously for me the only thing I was trying to keep in my mind was the race because I knew I'm going to be starting last."

Despite starting last, Bottas insists anything will be possible in the race, especially if something "crazy" happens.

"Everything is always possible. There's no point for me to set any any limits for tomorrow. We'll have a good fighting spirit, take every opportunity there will be tomorrow.

"There will be some and you know, we've seen crazy races this year. Look back two weeks in Brazil.

"Anything's possible. I look forward to coming up and taking those opportunities and most importantly, having fun in the car.