Mattia Binotto says there will be no public "answers" to how Ferrari has handled its Formula 1 drivers' crash in the Brazilian Grand Prix.

Sebastian Vettel and Charles Leclerc retired from the previous F1 race two weeks ago after clashing late on while fighting for position.

Neither was punished by the FIA for the incident, although TV footage showed Vettel moving left towards his team-mate.

Ferrari reviewed the incident in private at its Maranello headquarters, where team boss Binotto met with Vettel and Leclerc independently and as a pair.

Asked in Abu Dhabi what measures had been taken to prevent a repeat, Binotto said: "There are no answers here. It's something we discuss internally.

"They are both very good drivers, they know exactly what to do.

"It's unfortunate what happened."

Leclerc said on Thursday ahead of the season finale that he and Vettel needed to "try to be a bit less aggressive between each other" to prevent a repeat.

Binotto had previously said this week that, following the meeting, both drivers "understand what happened was not acceptable" and "how to move forward". 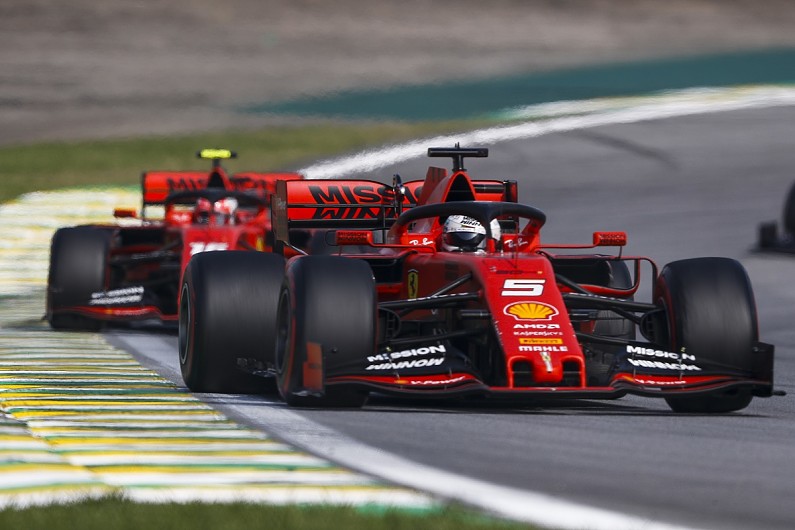 However, pressed on why no specific details had been shared, Binotto defended the team's right to keep things private.

"Is there one driver more to blame than the other? I think it's not important," said Binotto.

"They are two drivers, fighting, and they can make mistakes.

"What's important is to know the next time, it's not happening again.

"There's not much to discuss. It's been between us, something we discussed at our factory, and I'm happy to keep it between us."

Binotto suggested that his drivers still disagreed over what happened in the crash when he said that there are "different versions" and that "if you listen to the drivers they have their own version".

However, he said the bottom line is that regardless of who was to blame, the incident hurt the team.

"What is more important is to understand what's triggering it," he said.

"That is the only way to make sure that in the future it's not happening again.

"And that's obviously what we discussed."