F1 teams frustrated by delay with decision on 2020 tyres

Pirelli's planned '20 tyres were trialled by all teams on Friday of the US Grand Prix, but feedback was so negative that there was talk of sticking with the current specification.

The FIA subsequently agreed that next week's two-day '20 tyre test should go ahead as planned, and a vote will be held on whether to scrap the new tyres if drivers remain unhappy - with the '19 tyres to be kept if at least seven teams vote to shelve the '20 rubber.

The official deadline in the FIA technical regulations for notification of what construction is to be used is September 1.

The significance for car development is that the shoulder shape of the '20 construction is different, and that has a significant impact on the way the tyre interacts with the floor, with midfield teams admitting it will be harder for them to make late changes to their cars.

"The September deadline was put in for a reason," Racing Point boss Otmar Szafnauer told Autosport.

"That's so we had certainty of tyre construction, which can have a big impact on all of our development.

"Unfortunately for smaller teams like us, if you change things later on, we can't react as quickly, and it just makes us worse off.

"On the one hand the FIA and the commercial rights holder want closer and better racing, but on the other hand they do things like this, which just spreads the grid apart even more.

"We don't have the new wind tunnel tyres yet, we only have last year's.

"From that regard it's an even playing field. However, when we do get the new ones, if we get them, the bigger teams can react quicker." 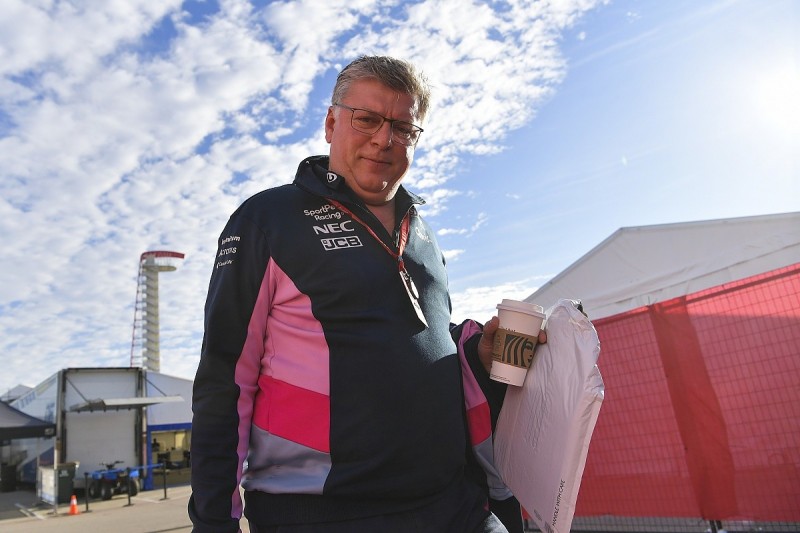 Haas F1 team boss Guenther Steiner insists that the sport has made the correct decision in waiting for the Abu Dhabi test to give Pirelli a proper chance to prove the 2020 tyres.

"I would say it's very important," he explained. "Because it's the first time that we can really get something out of these tyres.

"I think I was one of the few who after Austin said we cannot jump to a conclusion after this FP1 test.

"I know that there were tests done before, but the teams didn't have a back-to-back with the tyre we are currently using.

"They said the tyre wasn't good, but who says the '19 tyre would have been any good? So I think we need to give it a fair chance. I'm not saying the tyre is any good, by any means.

"After Austin, we don't know. The temperature was too low, the cars were not prepared for it, it looks like we ran too high pressures."

Mercedes technical director James Allison conceded that even for a top team the lack of certainty was a "nuisance."

"I think it's been an interesting process," he said.

"There's been all sorts of unusual decisions taken to get us to where we are today, but we're relatively relaxed about whichever direction it goes.

"We've tested the tyre a couple of times, and I think we should be alright whichever direction.

"It's just going to be bit of a nuisance, waiting until that point in the year to know for sure what the aerodynamic shape of the tyre is going to be.

"But that's going to be the same for everyone."