Robert Kubica says he has decided on his 2020 plans and confirmation will come "quite soon", as he looks to combine a Formula 1 role and a DTM race seat.

Kubica, who made his comeback to grand prix racing this year after managing an unlikely recovery from a career-threatening injury, will be replaced by Nicholas Latifi in Williams' line-up for 2020.

Instead, Kubica has sought an F1 test and simulator role going forward, and has been in talks with Haas, which confirmed earlier this month it had made him an offer.

It is understood, however, that Kubica currently looks more likely to join forces with Racing Point.

Speaking ahead of his final race as a Williams F1 driver in Abu Dhabi, Kubica said his mind is made up regarding 2020 - but stressed it wasn't down to him alone.

"I think the decision from my side has been taken, at some point," he said.

"I don't want to go too much into the details now. It's a bit more complicated stuff and we have to make sure we make it work from different perspectives and different points.

"And hopefully once this will be sorted it will be, let's say, a downhill [straightforward] procedure and it should be sorted quite soon.

"I was thinking already in September that it will be quite soon, but then we are nearly in December. 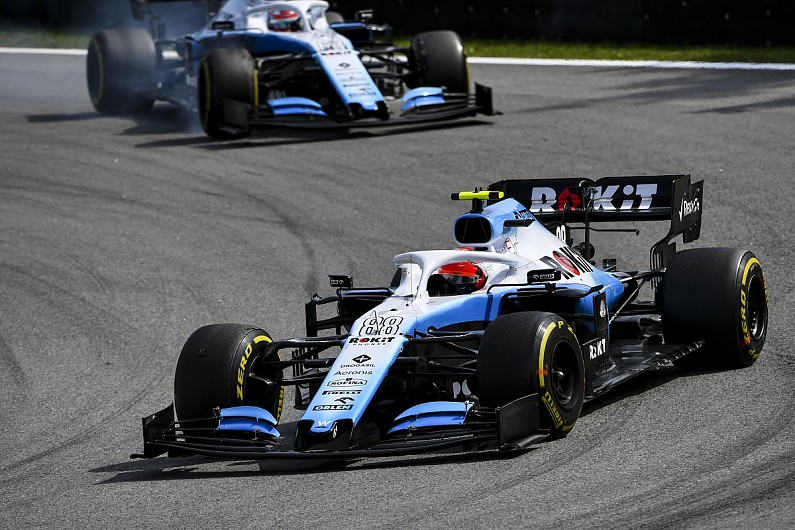 "But, I'm pretty optimistic and although not everything depends from my side and it has been more complicated because I would like to combine different programmes, it requires a bit more work and it is a bit more of compromises.

"But I think the ingredients are all there, now it's a question of mixing them up properly, hopefully it will work well."

Kubica explained that the wishes of his sponsor PKN Orlen are an additional factor that has to be considered, with the company wishing to retain an F1 presence.

But the Pole indicated that his race programme takes priority for him, and suggested he's increasingly likely to contest the DTM next year.

"Definitely I'm looking for a big challenge, and definitely DTM, which is the highest probability that I will be racing [in], it's probably the toughest championship apart of Formula 1 in Europe.

"I think, let's put it this way, if I manage to race there, I would be happy with it - and if we manage to combine a few things to make everybody happy, I'm open to this."