Mercedes Formula 1 technical director James Allison enjoyed being the team's most senior person at the Brazilian Grand Prix in Toto Wolff's absence, bar the "mess of a race" factor.

With Lewis Hamilton classified seventh after his penalty and Valtteri Bottas retiring with an engine failure, Interlagos was one of Mercedes' worst races of the season.

Team principal Toto Wolff opted to miss the race - the first GP he has skipped since 2013 - as the championships were won, and in part because he is also committed to the opening round of the Formula E championship in Saudi Arabia this weekend.

In his absence Allison was the de facto on-site team boss at Interlagos, taking over Wolff's regular media duties as well as other tasks such as representing Mercedes in Chase Carey's regular "coffee morning" meeting for team principals on Saturday.

Allison insisted that his weekend had not been much different from his usual routine when he attends races, but that he wished it had gone better.

"To be honest I have been doing the same thing I do when I'm here normally, just with a few extra things like this [media session]," he said when asked by Autosport about how things had differed for him.

"But in terms of what I do here normally, which is just engage with the engineers and try to say helpful things here and there through the weekend, it's been no different. I've been here as a technical director and not a team principal.

"And Toto has been a team principal off doing other work, instead of here.

"It's hard to say that I haven't enjoyed it. I always enjoy coming to the track. It's just been miserable when we make a mess of a race." 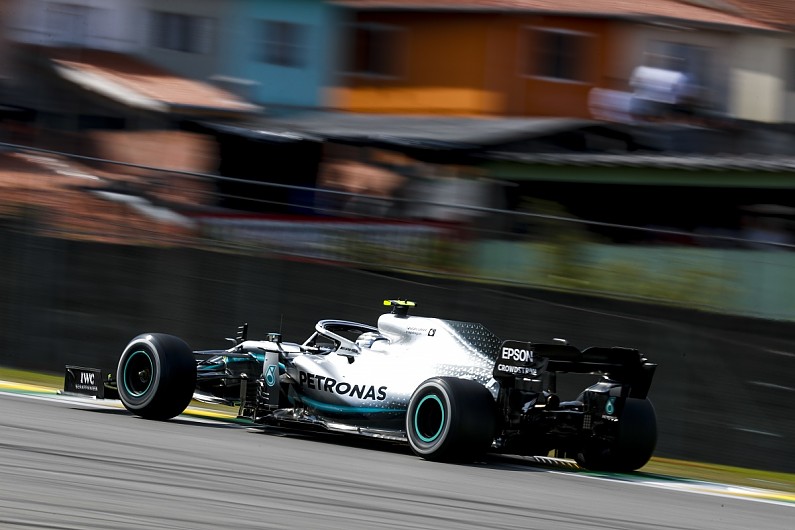 Mercedes does not yet know if Bottas will need to take a grid penalty in Abu Dhabi after his retirement in Brazil.

The engine that he used at Interlagos will be returned to the HPP facility in Brixworth on Tuesday evening, and will stripped and analysed. A final decision on the plan for Abu Dhabi will be made early next week.

Bottas had to park with 18 laps to go in Brazil after smoke was seen coming from the rear of the car over the previous lap.

"I think there was a bit of smoke," he said. "I didn't actually see the smoke myself, but they reported to me, but I couldn't feel any loss of power, just the engine switched off after Turn 3."

Asked if he has any mileage left on his earlier engines should the Brazil unit be unusable, Bottas said: "To be confirmed. I doubt there's any miles left, but we'll see."

After the race Allison said it was too early to know if the engine was salvageable.

"We don't know any more about it," he said when asked about the situation by Autosport.

"We know that we had elevated oil consumption during the race that ran away very sharply - very sharply - about half a lap before we saw it expire. The engine stopped itself rather than expired in a heap."

Both previous engines have completed their planned schedule in terms of races - in effect they do seven race weekends each. Bottas has completed a lot of miles this year - his only retirement before Brazil was due to his crash in Germany.

A Mercedes spokesperson said of the used engines: "It doesn't necessarily mean that they couldn't do another, but that wouldn't necessarily be preferred."

Bottas had endured a difficult race in Brazil. Having planned on a one-stop strategy - and taken hard tyres in order to facilitate that - he was called in for a second time later in the race. He admitted that he was "a bit confused" at the change of strategy.

"At the start I didn't gain any positions," he explained. "And it seemed like overtaking would be difficult, and to go long in the first stint I tried to save the tyres a bit.

"But still I think I was lacking a bit of pace in the first stint due to quite a bit of understeer, especially mid sector, and so I was dropping back behind further away than than ideal.

"So then I wanted to go on the hard tyre because I thought that's going to be maybe the only chance to go with a one-stop. I felt still that it could be possible, but we stopped to cover [Alex] Albon, I think.

"And from my side I was a bit confused when I questioned the stop. It's still a question mark if I could have made it to the end or not, in theory not. But I thought that would be the only chance really, so a bit tricky." 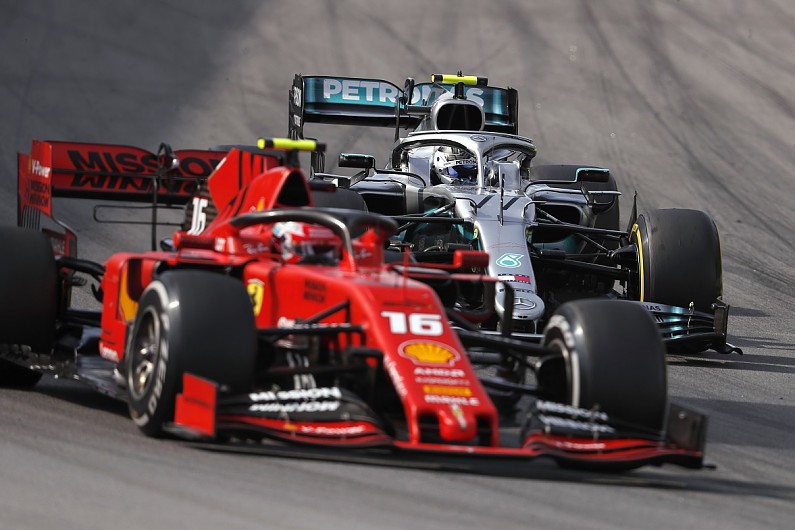 Bottas spent part of the race behind Charles Leclerc, but was unable to find a way past the Ferrari.

"They're quick on the straight so it makes it tricky, but I think he was starting to struggle more and more," said Bottas.

"I still felt good with the tyre so it actually when I just had the engine failure, I was charging my battery again. It was pretty flat and there was not much left to do anything.

"So plan was to charge it for a bit, get it full and then attack again.

"It's not easy to get them for sure with their straightline speed, and he was defending well, he was always covering the inside."