Honda's Formula 1 technical director Toyoharu Tanabe says it only wants a "fair" battle with rival engine manufacturers in the wake of suspicions over the legality of Ferrari's design.

Ferrari is under intense scrutiny from its rivals over systems thought to be responsible for the massive performance gain it has enjoyed in the second half of the season, and clarifications have been sought regarding whether any of these systems may contravene the rules.

Honda's main partner team Red Bull wrote to the FIA during the United States Grand Prix weekend for clarification on three potential fuel flow scenarios, an indicator of what the team thinks Ferrari might have been doing.

The FIA soon confirmed Red Bull's proposals were all illegal under the current rules, while Ferrari maintains its engine is legal.

When asked by Autosport if Honda welcomed the FIA's clarification, Tanabe said: "There are some ways to improve performance of the engine, and the chassis, using grey areas or techniques, fuel, oil burning - something like that.

"We are very keen to have a fair race under the FIA Formula 1 regulations, respecting the regulations. That's our desire.

"To have that clean, fair race, we need FIA policing.

"Maybe some teams, or some people, are thinking of something to improve performance, and we clarify whether it's OK and they say 'no', then we don't do it.

"Someone doing something like that, when they clearly said no, maybe they stop using that. Then we will have a clean race." 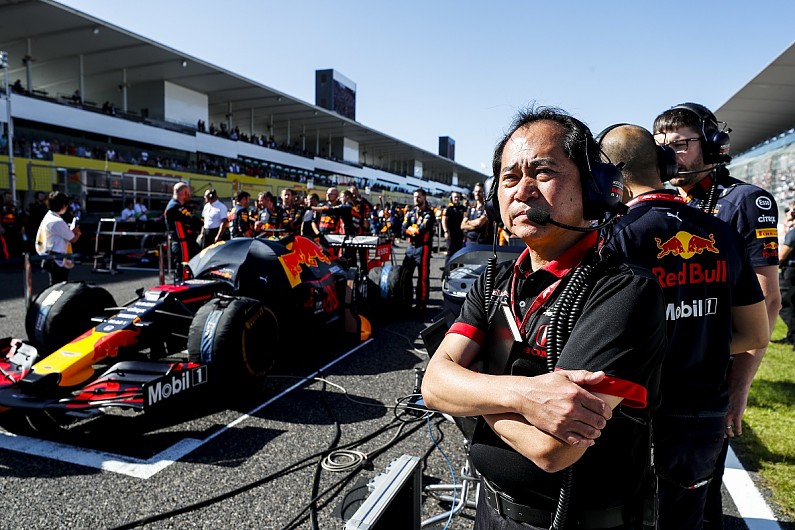 Tanabe admitted the vast wording of the FIA's rules means it's "almost impossible" to have clarification for everything, but believes teams should simply ask the FIA to tidy up grey areas.

"Yes, if someone thinks something is unclear maybe it's good to ask the FIA 'yes or no?'," he added.

"Get clarification, to go ahead of not. It helped our direction.

"There is a lot of wording in the regulations and specific items are described. It means it's almost impossible to clarify everything.

"It's good to clarify everything."

Commenting on the differences between Red Bull and Toro Rosso - for which Honda was sole supplier last year - in terms of pursuing FIA clarifications, he said: "Red Bull is very much about legality.

"They have a lot of experienced people there, like [chief engineer] Paul Monaghan.

"He keeps watching the legality and tries to make everything legal.

"It's slightly different from Toro Rosso. It's more strict on the Red Bull side."