Mercedes Formula 1 boss Toto Wolff says he can handle Valtteri Bottas's contractual situation "better" in the future after the Finn called his career-long uncertainty "a pain in the ass".

Bottas has been retained by Mercedes for 2020, which will extend his spell with the team to at least four seasons, but was made to wait on a decision by Wolff over whether to keep Bottas or promote Esteban Ocon alongside Lewis Hamilton.

Since joining Mercedes in 2017, Bottas's future has been decided on a year-by-year basis, and he admitted it has had an effect on him after missing out on this year's title as team-mate Hamilton clinched a sixth championship at the United States Grand Prix.

"There was definitely uncertainty for 2020 at some point," said Bottas. "Lots of rumours.

"I had no idea what was going to happen. I just had to wait.

"As an athlete, as a driver, it's not an ideal situation.

"You can't be completely with peace of mind and focus on the job and feel mentally free and in the right place.

"It's tricky. When that continues, year after year, every single year of your career, at some point it's getting a pain in the ass.

"It's definitely nice to get the contract signed. But, it's going to be the same story next year.

"I'm not too worried at this point because the pace is good, I enjoy the driving, I enjoy working with the team and hope they appreciate that as well." 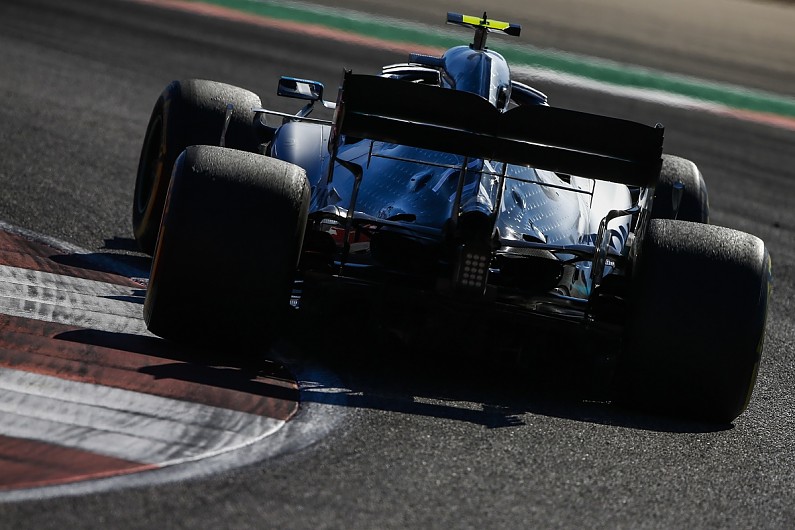 Bottas's extension with Mercedes was announced ahead of the Belgian Grand Prix as F1 returned from its summer break.

Prior to that Bottas had scored four pole positions and two wins from 12 races, but trailed team-mate Hamilton by 62 points in the championship after crashing out in Germany and then breaking his front wing on the first lap in Hungary.

In the seven races since the break and his future was confirmed, Bottas has claimed one pole position and has scored another two victories, trimming Hamilton's advantage to 57 points.

Bottas is enjoying the strongest end to a season in his three years with Mercedes but Wolff believes there will be a benefit to improving how he manages the contractual process next year.

Both Hamilton and Bottas will need new deals beyond 2020, while Ferrari's drivers and Red Bull's Max Verstappen will also be on the market.

"With Valtteri, there is a better way to deal with that," said Wolff. "Now, in retrospect, you can say it probably had an effect.

"And I will try to consider that, and make a better job in that respect.

"I think 2021 the door is wide open, no drivers are contracted to any team, that's super exciting, and I guess that the driver carousel is going to start pretty soon."