Ferrari does not share the desire of Mercedes and Red Bull to delay Formula 1's rules overhaul and hopes it will be voted through even if it is incomplete.

The FIA World Motor Sport Council will vote on Thursday to accept or reject the proposed technical, sporting and financial regulations for 2021, which are intended to mark a significant new era for grand prix racing.

Last week in Mexico, Mercedes and Red Bull outlined their desire to delay the new rules to 2022, while still keeping a $175m budget cap in place for 2021, in order to develop 'immature' regulations while also bringing all 10 teams beneath a cost cap before development could begin in earnest.

However, Ferrari team boss Mattia Binotto told Autosport: "We do not support it.

"There is no reason in delaying it.

"We may argue if the regulations are the proper one. And if we want it.

"But by the time you've decided that these will be the new regulations you should go for it, and that's it."

Binotto believes the teams' collective efforts to influence the new rules is over and now it is down to the WMSC to implement whatever rules are proposed.

However, Ferrari may yet decide to implement its right to veto rules it believes are not in F1's best interest.

This can only happen once the WMSC has decided to vote through the 2021 rules.

"Refining the rules is a never-ending process," said Binotto. "Even with the current regulations we are changing it at each single opportunity. 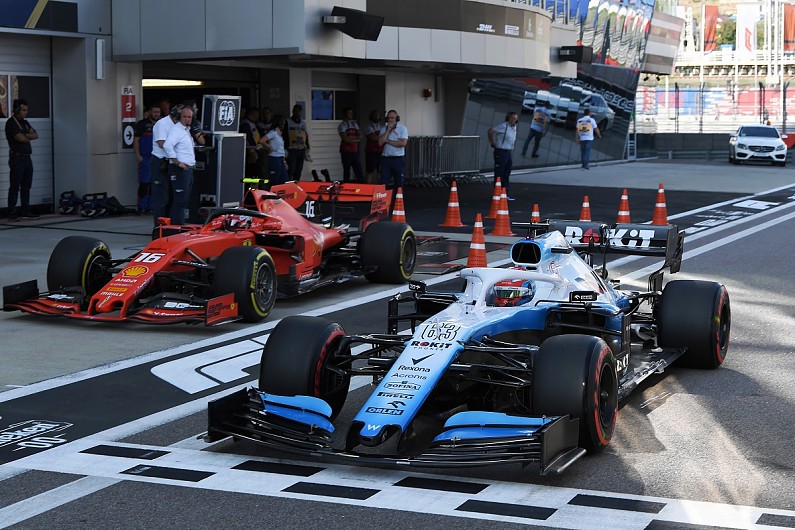 Ferrari is not alone in believing it is right for F1 to persevere with its ideas for 2021 even if some details are yet to be completely finalised.

McLaren and Williams have been strong proponents of the new rules, with Williams deputy team principal Claire Williams saying she is "fundamentally opposed" to a delay.

"These regulations are coming out very late," she said. "We delayed them once back in August, they could be ready.

"We've been talking about this for two-and-half years now. They could absolutely be ready and in our opinion those regulations, the technical ones are ready.

"We're very happy with what they look like. There's clearly a few tweaks here and there that need to be done, which can be achieved even if they are published on the 31st of October.