Ferrari Formula 1 team principal Mattia Binotto says he would welcome a protest regarding his team's power unit should a rival squad submit one after the Mexican Grand Prix.

Before the start of Sunday's race, paddock rumours suggested a team may submit a protest, assuming Ferrari gets a good result at the Autodromo Hermanos Rodriguez where it started 1-2.

Speculation about Ferrari's straightline performance has been mounting for some weeks, with rival teams regularly pointing out how much they are losing out in comparison.

But Binotto says if a protest did come to pass it would actually allow Ferrari to clear its name amid the ongoing rumours.

When asked about the possibility of a protest by Autosport on the Mexico grid, Binotto said: "I would be happy because then we can show how stupid they are, and stop the rumours." 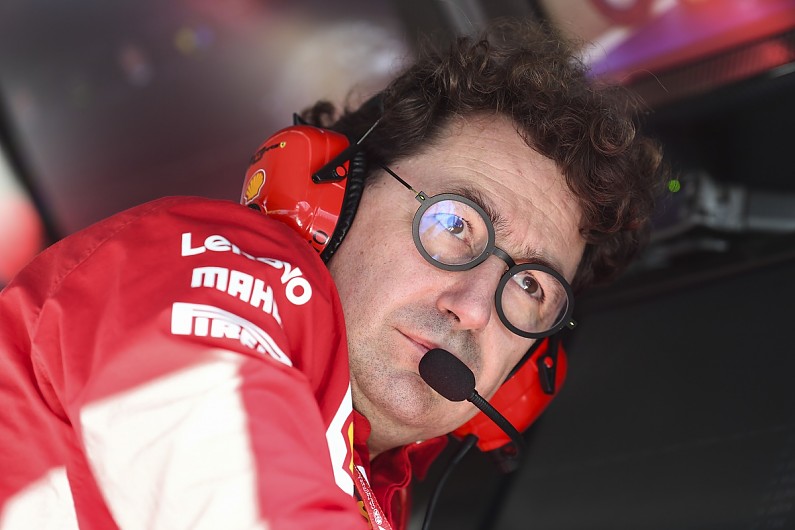 Autosport also questioned several other team bosses on the grid who said they knew nothing about a possible protest, although one gave the intriguing answer: "I can't talk about that."

It is understood that a protest is only likely to emerge on Sunday if at least one of the Ferraris finishes in a strong position.

If the team does not score a big result then it may be postponed until the next race in Austin next weekend.

Red Bull's Christian Horner is among those who have recently highlighted how strong the Ferrari is on the straights.

"The Ferrari is just so fast on the straight, it was 0.89s quicker in a straight line with Sebastian [Vettel]," he told Sky F1 on Friday.

"When you look at all the others, the Honda engine is now getting pretty close to the Mercedes, the Renault is pretty much there as well.

"The standout at the moment, the benchmark, is the Ferrari. It's not just a little bit, it's whoppingly large, the difference. That's what we've got to try and make up in the corners."