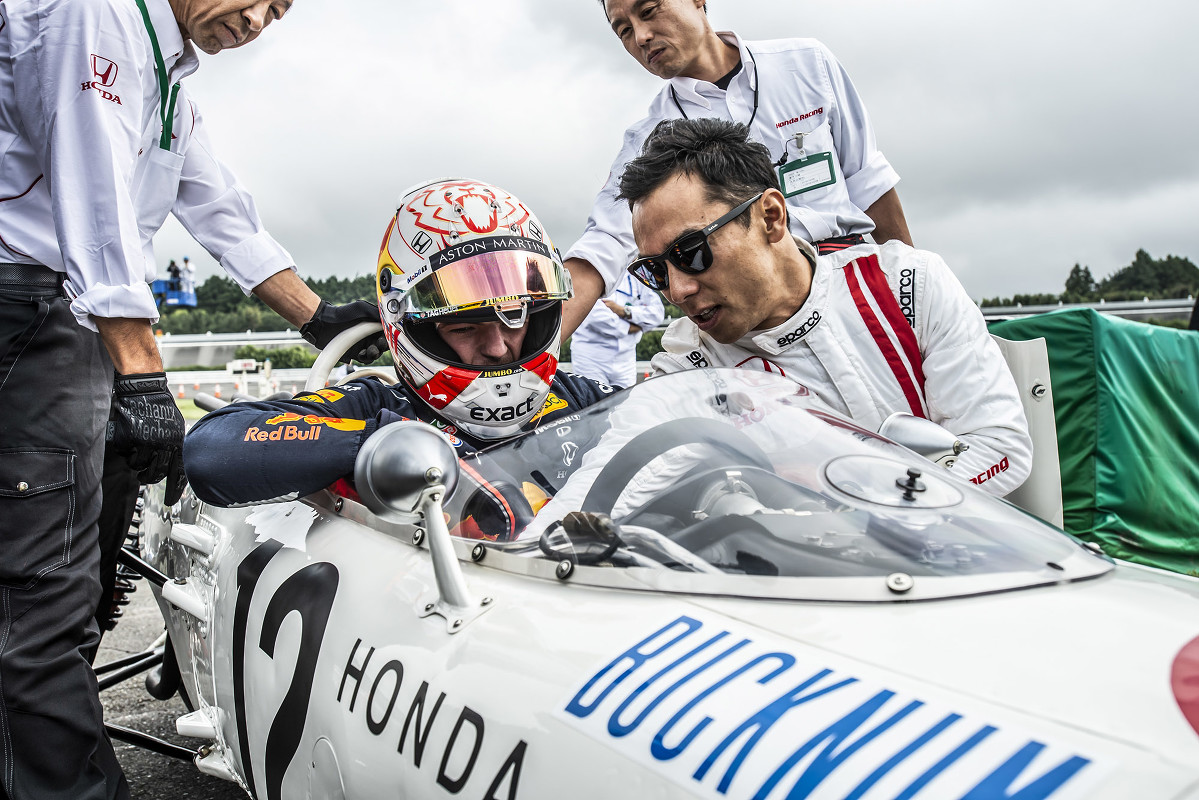 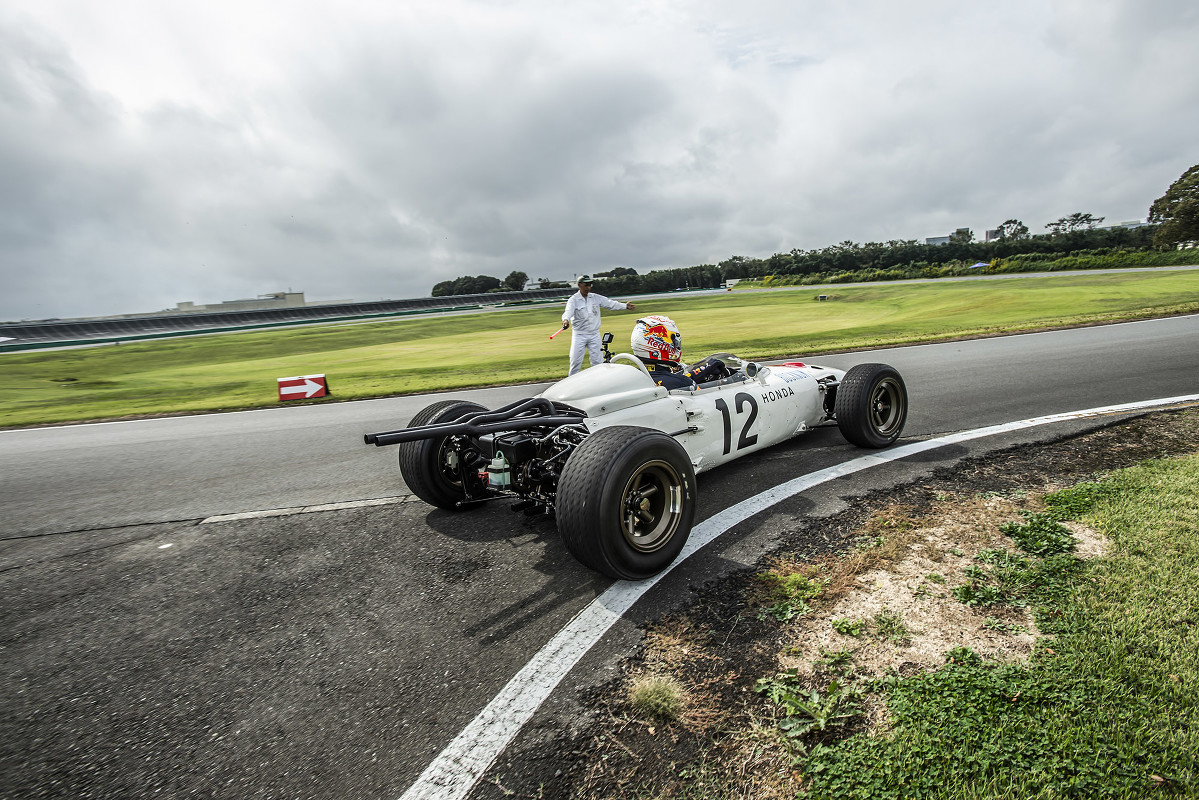 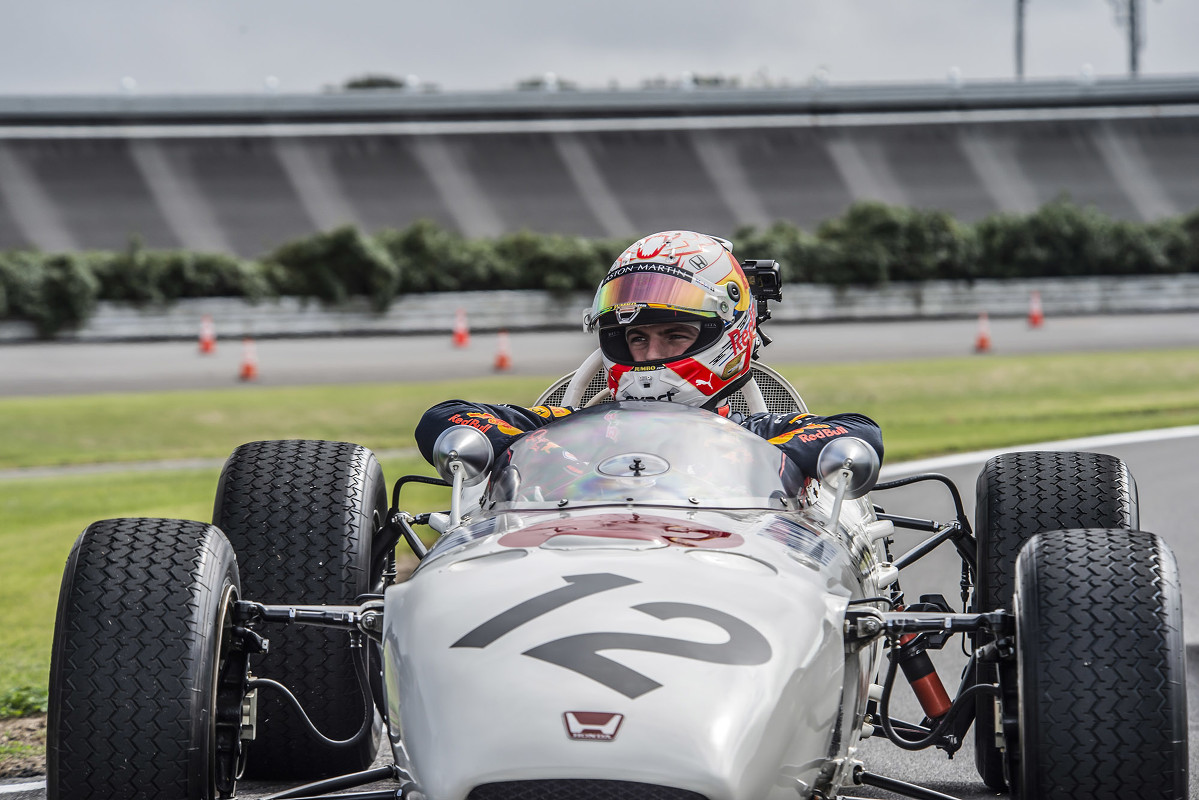 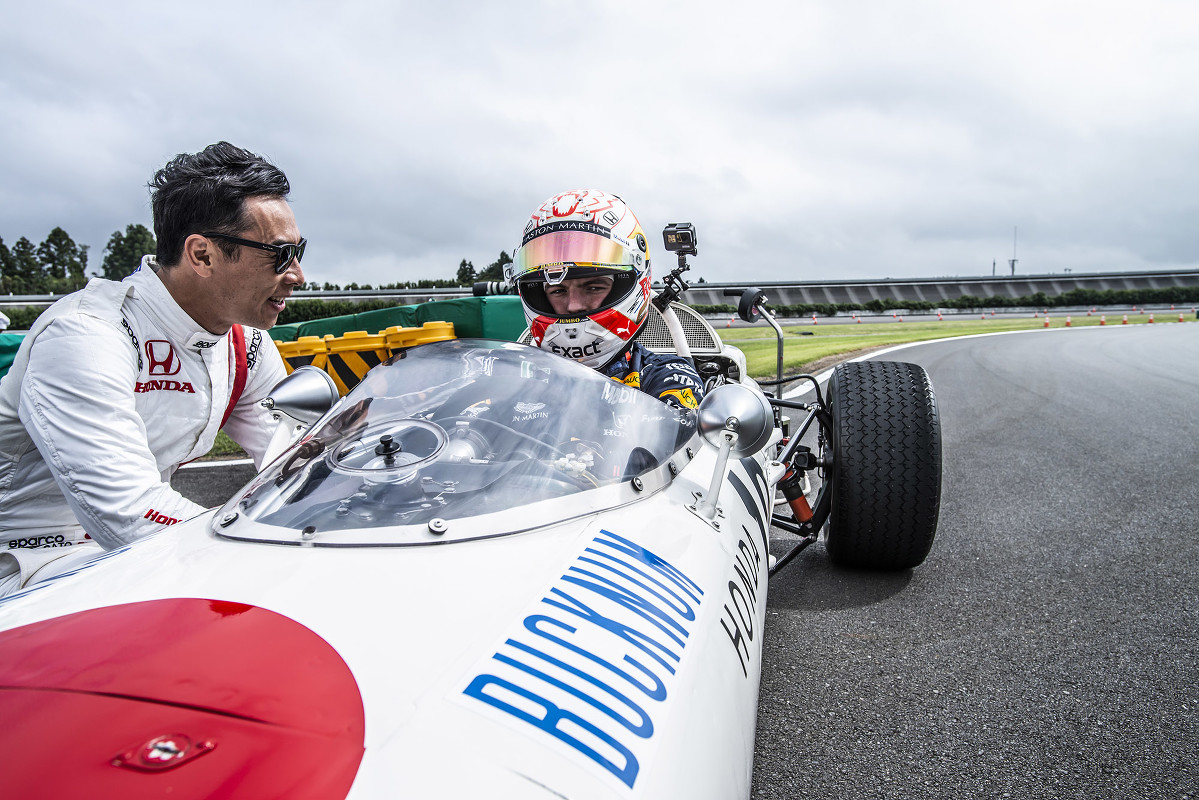 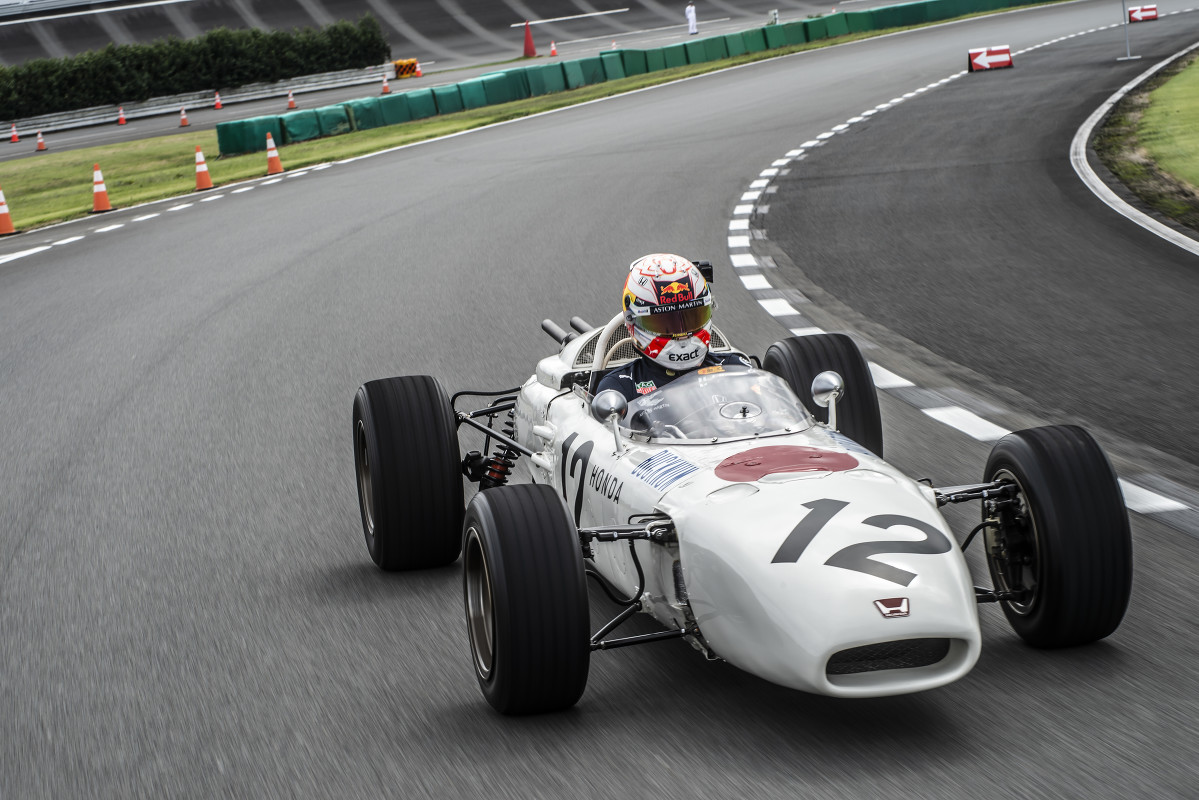 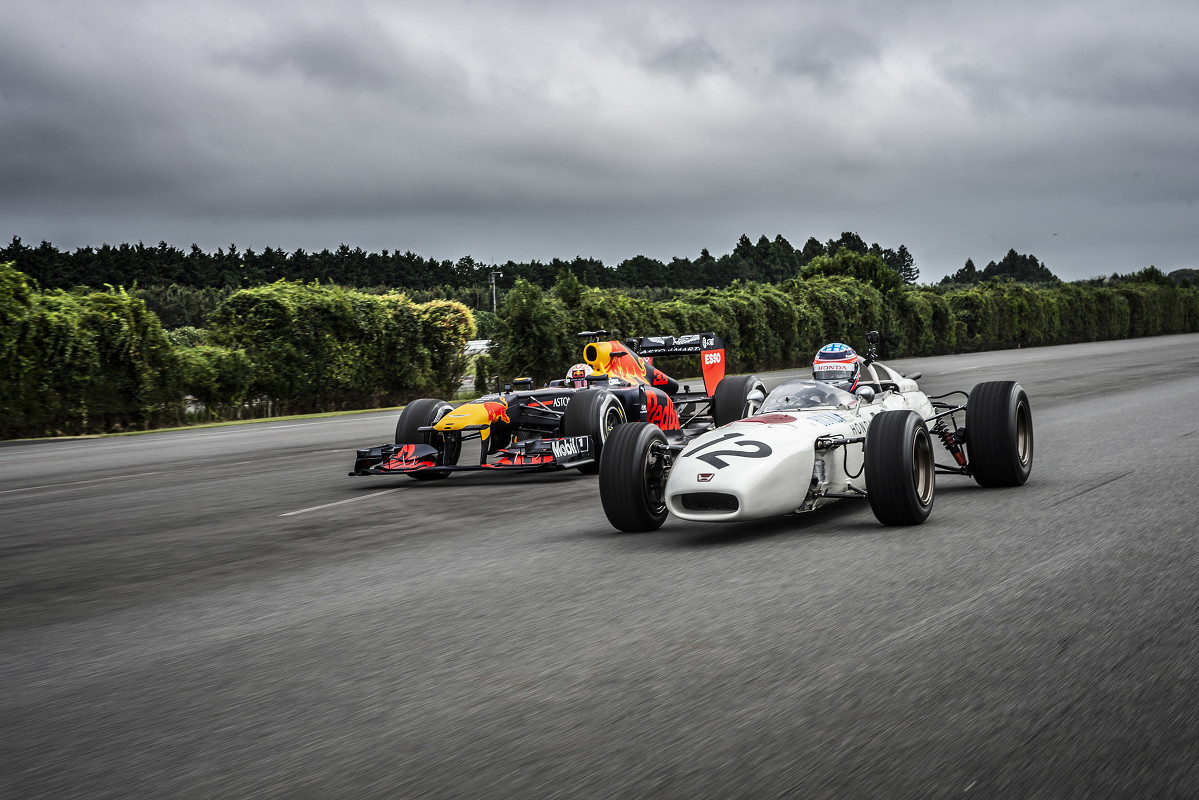 Max Verstappen got a first taste of vintage Formula 1 machinery ahead of the Japanese Grand Prix when he tried out Honda's first race-winning car.

During a special event at Honda's R&D test facility at Tochigi, Verstappen tested an RA272 that American Richie Ginther used to score the firm's first F1 victory in the 1965 Mexican Grand Prix (pictured below).

It was the first time that Verstappen has driven older F1 machinery, and he confessed to not feeling as comfortable in it as he does in modern grand prix cars.

"It was very cool to get to experience this car," he said.

"I think the oldest racecar I've driven before today was from about 2008.

"It's quite different, but I really enjoyed it.

"The pure emotion from the engine and the car itself was incredible. I didn't even fit properly in the car! But it was an amazing experience for sure. 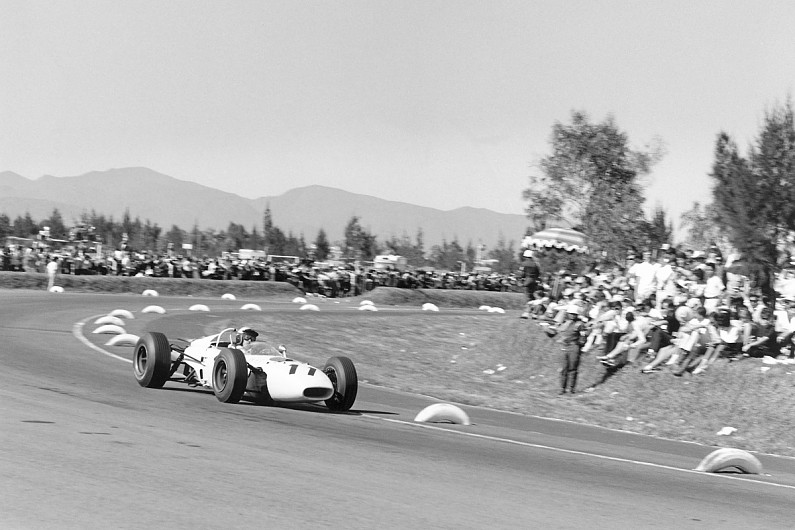 "I'm very happy that I was born a bit later [than to have raced this car], but of course I'm really grateful to be able to experience it.

"I don't think I would race it myself, and if you look back 50 years the evolution is insane. But it is good fun to go back to these cars."

After trying out the RA272 , Verstappen later put in a demonstration run on the banking at Tochigi in a 2011 Red Bull RB7, while former grand prix driver and Indianapolis 500 winner Takuma Sato drove the old F1 Honda.