The F1 rookie will replace Pierre Gasly alongside Max Verstappen in the Red Bull line-up from the Belgian Grand Prix.

Red Bull wants to evaluate erstwhile Toro Rosso driver Albon for a potential full-time seat at the senior team in 2020, following Gasly's troubled graduation from the junior squad this year.

Albon wrote on social media: "Surreal to have been given this massive opportunity @redbullracing!

"Can't thank you enough for believing in me and making this possible.

"It's a big jump into the deep end, but I've got my swimming shorts on!

"Thanks to all the guys at @ToroRosso, especially [team principal] Franz Tost for the massive opportunity in F1 and never-ending support throughout my first year!

"Now to focus for my first race with the team in Spa."

Albon was recalled by Red Bull for 2019 after an impressive Formula 2 season last year, when he fought Mercedes and McLaren proteges George Russell and Lando Norris for the title.

The London-born Thai was a Red Bull junior seven years ago but lost his place on the scheme due to a disappointing first season in car racing.

He re-established his place on Red Bull's radar with his strong F2 form, earning a Toro Rosso drive in the process, having "begged" DAMS for a drive while suffering budget issues. 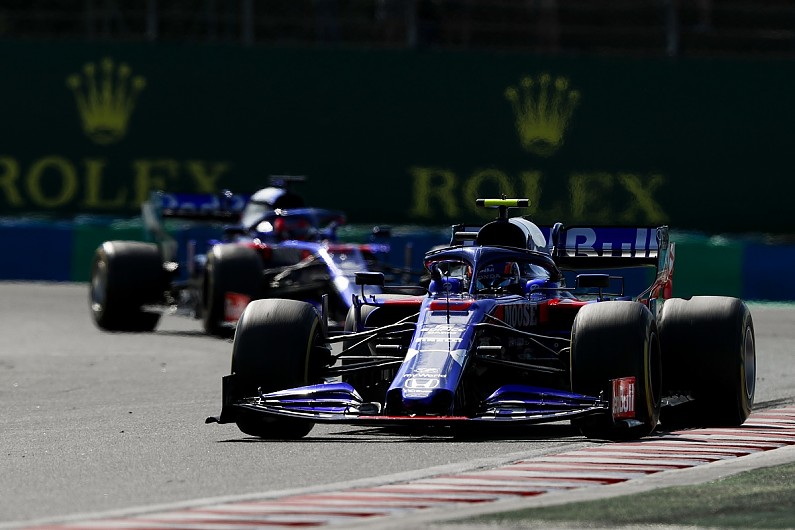 Albon has scored points at five races this season, and only trails his more experienced team-mate Daniil Kvyat in the championship because of the Russian's podium in the chaotic rain-hit German Grand Prix.

Before F1's summer break started and he was handed his shock Red Bull opportunity, Albon said he would "love" to "just go and do a good enough job to stay" at Toro Rosso.

"That would definitely be the dream," he told Autosport in Germany. "We will see.

"I think this year's gone pretty well so far, but of course I still want to do better and I want continue in F1."

Albon's switch to Red Bull means adjusting to a new car in a more high-pressure environment, and he admitted it had taken time to get the most out of his Toro Rosso.

"Every race weekend there's always something to take away from it, something which I feel I'll take on up to the next race," he said.

"And just understanding the car as well.

"I feel like that's been the main thing, especially the last few weekends, which I feel is getting a little bit better - knowing what the car needs to be to be fast, finding the window where the car operates at its best."