Bottas set the pace early on using medium Pirellis thanks to a lap of 1m05.417s, with Mercedes team-mate Lewis Hamilton a tenth behind.

But as the field started to switch onto softs for qualifying simulation runs, the first red flag was caused by Verstappen crashing at the final corner.

Verstappen, who was still on his first set of mediums, lost the rear just before the apex and backed heavily into the wall after 35 minutes.

The Red Bull driver was able to get out of the car and return to the garage after jogging down the pit entry road, but when the session did restart it did not last long.

Both Mercedes drivers embarked on their qualifying simulation runs at the restart, with Bottas 0.044 seconds up on Hamilton after the first sector.

But after struggling to get the car into the Turn 6 right-hander and running slightly wide, the rear stepped out mid-corner.

Bottas corrected this, but the car then snapped right and fired him nose-on into the wall in a heavy impact that led to a second red flag. 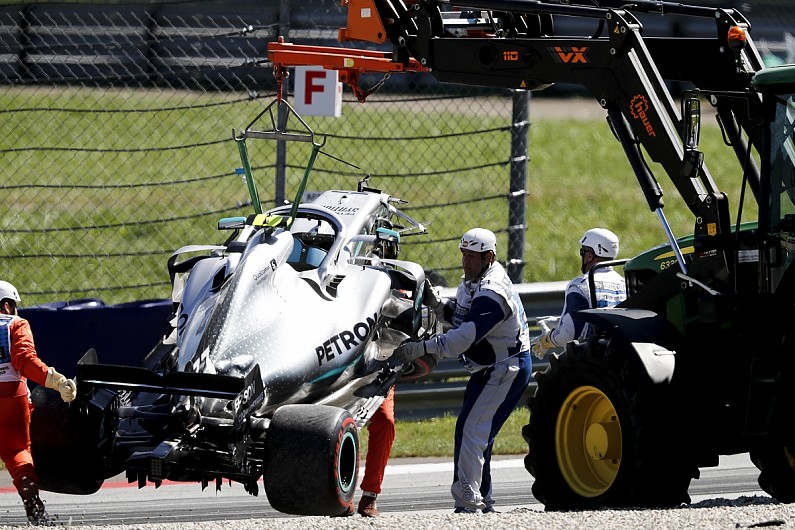 This also prevented Hamilton, among others, from completing his qualifying simulation lap - although he was slower on his aborted quick lap after two sectors compared to Leclerc's later pace.

After the restart, the two Ferrari drivers had a clear run at topping the timesheets on softs, only for Sebastian Vettel to lose the rear on turn-in to the final corner and spin - stopping just short of the barriers.

Leclerc had to back off through the final corner thanks to the yellow flags, but still set a time good enough to earn him top spot.

Bottas's time on mediums was good enough for second fastest, 0.331s down, while Red Bull driver Pierre Gasly recovered from a trip through the gravel at Turn 4 on his first run to take third place.

That left him 0.041s faster than Hamilton, who did not resume his qualifying simulation after the red flag so had to rely on his earlier hard-shod time.

McLaren driver Carlos Sainz Jr, among the first drivers to post a quick time on softs before the red flags, was fifth fastest and just 0.459s off the pace - although he did have a trip through the gravel late in the session at Turn 6 after the rear stepped out on entry.

Romain Grosjean hinted at a return to form for Haas with the sixth-fastest time, also set before the red flags, 0.615s off the pace. 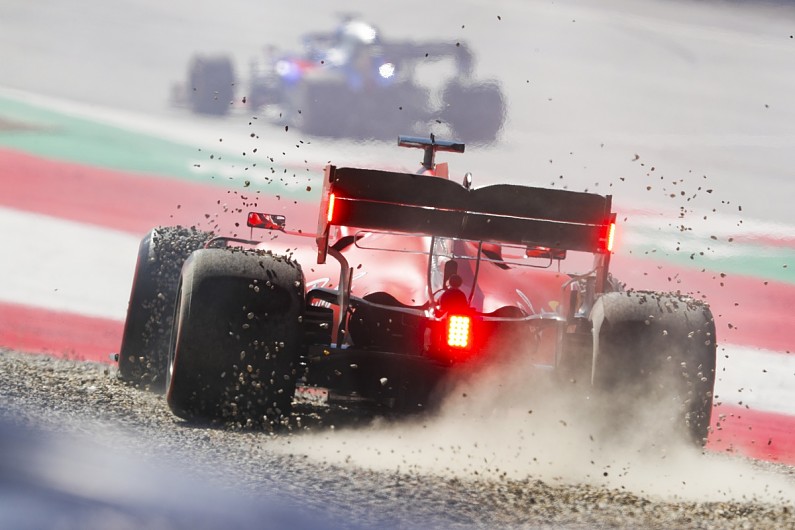 Alfa Romeo driver Kimi Raikkonen survived a wide moment at the last corner on his quick lap to take seventh place, just ahead of Vettel - whose hard-tyre pace from early on set his position.

Verstappen was ninth fastest having never had the chance to run on softs, with the second McLaren of Lando Norris completing the top 10 after aborting several attempts on softs before making a marginal improvement when he did put a lap together.

Kevin Magnussen and Sergio Perez were 11th and 12th, and both managed to put in a quick lap on softs, as did 13th-placed Alex Albon's Toro Rosso.

Antonio Giovinazzi had the misfortune to have just started his soft run when the first red flag came, then was on a quick lap when the second appeared.

He eventually did get the chance to improve on softs, but it was only marginally faster than his hard-tyre pace and good enough for 14th ahead of Daniil Kvyat, who posted his quick lap after the red flags.

Renault had a difficult session, with Nico Hulkenberg 16th and Daniel Ricciardo 17th - both ahead of the Racing Point of Lance Stroll.

The two Williams drivers brought up the rear, with George Russell over a second quicker than Robert Kubica.