Leclerc crashed in Q2 at the Azerbaijan GP in April and then sustained floor damage in Spanish GP Q2 that compromised his Q3 performance.

He subsequently went out in Q1 in Monaco due to Ferrari tactical errors, but said he has learned going into this weekend's Canadian GP that it was not worth spoiling Q3 by pushing too hard in second qualifying.

"One approach that I probably have changed after Baku was pushing too hard in Q2," said Leclerc.

"That has been a mistake because we had an easy potential to go to Q3 with the car we had and to crash at that time was probably a bit stupid.

"Then in Barcelona, we broke part of the floor but that was pushing too hard, I let the car go and broke the piece.

"So those are things I had changed after this."

He said part of that adjustment came from learning how to prioritise differently now he was at Ferrari, having spent 2018 at Sauber where making Q3 required considerable effort.

"There's definitely been a few mistakes, there's a change of approach when you arrive in Ferrari," Leclerc explained.

"Compared to last year, you can give it all from Q1 to Q3, but as we've seen in Baku maybe it was not very important to give it all in Q2 because we definitely had the potential to do a lot better in Q3. 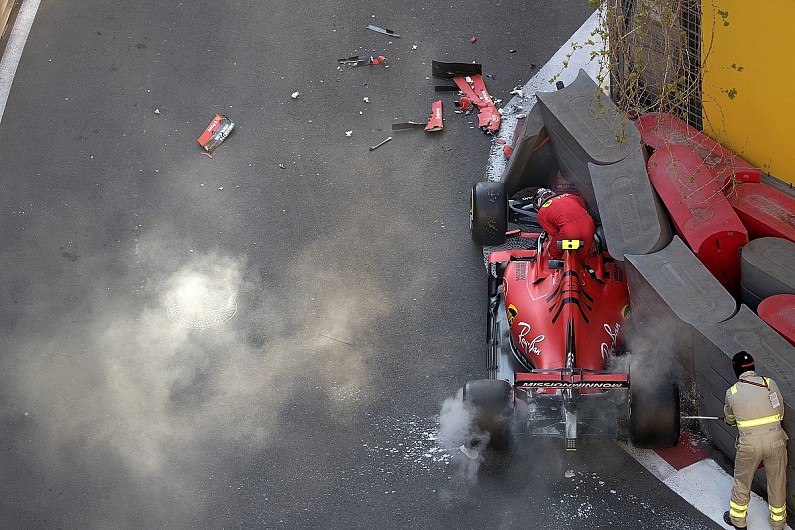 "But there was a few mistakes on my side, and we learn from them, and now I'm looking forward to trying not to reproduce them and hopefully the better times will come."

Ferrari has yet to win a grand prix in 2019 despite dominating pre-season testing.

It arrives in Montreal 118 points behind Mercedes in the constructors' championship and with Leclerc only fifth in the drivers' standings - 80 points away from leader Lewis Hamilton.

But Leclerc insisted it was "not yet" time to give up on the championship.

"I don't wave goodbye until it's done," he said.

"It's been a difficult start to the season, I definitely expected more, but we don't need to wave goodbye yet, we need to push until the end and that's what we are doing.

"We are trying to understand our mistakes, and not do them again, and go from there.

"I'm pretty sure the results will come."

He also denied that this weekend's race was a 'make or break' event for Ferrari given its usual strength in Montreal.

"I don't see it that way, of course," Leclerc said.

"There's no need to put ourselves under more pressure, we just need to do our best and maximise what we have."