Ferrari's Formula 1 performance this season is being hindered by the main challenge of Pirelli's 2019 tyres being the opposite of last year's rubber.

Pirelli opted to reduce the tread thickness of all its compounds by 0.4mm after successfully running thinner-gauge tyres at three races in 2018.

The objective of this change is to protect tyres from blistering, but several teams have claimed that an additional consequence has been how much harder it is to get the tyres up to temperature.

Ferrari team principal Mattia Binotto said during the Monaco Grand Prix weekend: "The main difference is that last year we had very good warm up with the tyres and we were all focused and concentrating on cooling the tyres as much as we could, to keep them working because the lower the temperature was the better the grip was.

"The tyres of this season are quite different in this respect. Warm-up is a lot more difficult and in order to achieve what we may call the window, the temperature target of when you have the best grip from the tyres itself, you need to heat up the tyres."

Warming up the tyres is helped by moving the rubber around, which is easier to do with softer compounds or on circuits that produce higher lateral loads. 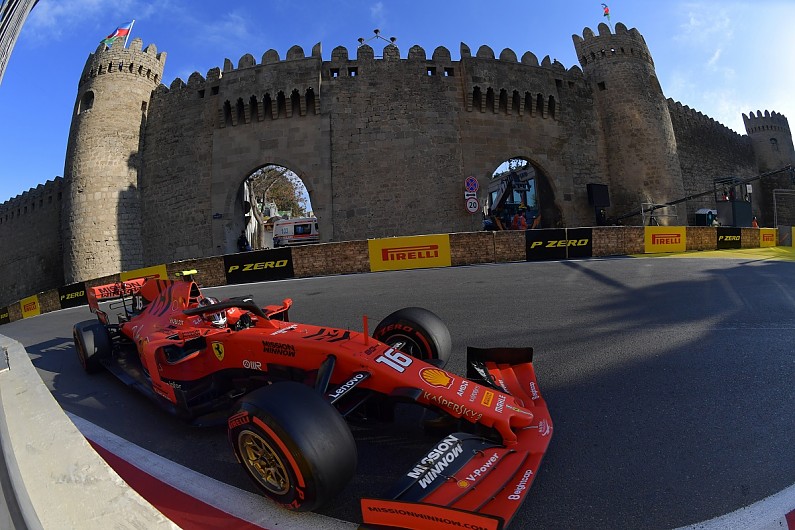 This could explain why Ferrari was so strong in Bahrain and Azerbaijan but has struggled elsewhere.

However, it shone at Barcelona during pre-season testing then struggled compared to Mercedes in the Spanish Grand Prix in May.

Binotto said there were other ways to make the tyres work but it would also be linked to the fundamental performance of the car, which Ferrari is re-evaluating.

"You can achieve [heat in the tyres] through braking temperatures and cooling the rims, but also it is downforce no doubt," said Binotto.

"The downforce has an absolute value, but it is also how you may balance the downforce at high speed to low speed.

"It may be as well how you may even target your aero development efficiency versus maximum downforce itself.

"I think we have a car that is quite efficient, as you can see on the straights, but it doesn't mean we have the car that has the highest downforce in the pitlane.

"It is right to question ourselves if we should look for different overall targets of how to achieve the final performance."