The Haas Formula 1 car's lack of race pace is caused by the inability to "get out of the graining phase" with its tyres, according to team principal Gunther Steiner.

The American outfit has had both cars in the final qualifying segment in the first three races of the season, but picked up just a single points finish - struggling with tyre warm-up to the extent that driver Kevin Magnussen referred to the VF-19 as the "second-slowest" car in race trim.

In the latest race in Baku, Haas lacked pace both over a single lap and on long runs, which a "very disappointed" Steiner attributed wholly to tyre issues.

"We will fix this problem obviously, but it's just like, we were fast at the test, we were fast in Australia, and in the moment we seem not to get it right," Steiner said.

"Everybody's got issues with the tyres, you can see, you go into the graining phase.

"When we go into the graining phase, we cannot get out of it anymore, because our tyre then gets too cold and then we are done, we just slide around.

"We've got four or five laps [that] we go fast, then the graining starts to go - other people recover after the graining, we don't, because our temperature is too low and we just cannot get it to work anymore once the graining clears."

Graining on Pirelli's thinner-tread 2019-spec tyres was prevalent during the Azerbaijan Grand Prix, during which getting the tyres into the right temperature window proved particularly decisive to teams' fortunes. 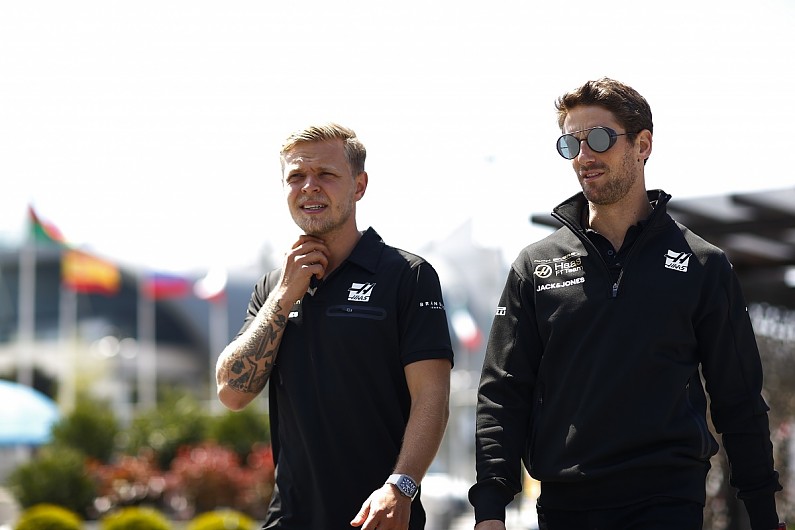 While the issue normally impacts softer tyres, Steiner said it affected his cars on both the C3 (medium) and the C4 (soft) compound in the race.

"When Kevin got out on the new mediums, he was pretty competitive for five, six, seven laps, and then the graining happens.

"I can tell you our laptime on the temperature graph of the tyre. I don't need to look at the laptime. I can tell you where the tyre goes that we go slow."

Having anticipated a difficult outing in Baku, Haas introduced measures to get more heat into the VF-19's wheelrims, but these did not transform the team's fortunes.

Asked why its rival F1 teams were managing the tyres better, Steiner said: "I don't know. I have no idea. If I would know, we would do it.

"It's very serious, because it's the point, you go slower, that's what it is. We know the cause now, we just need to find out how to fix it.

"We can talk about half an hour about it, we know what it is, we just need to fix it."