The negotiations over Formula 1's 2021 overhaul still have "a few elephants in the room" but are drawing to a close, teams believe

Teams have been left to consider the framework for sweeping regulatory, financial and governance changes laid out by F1 and the FIA in a key meeting at the end of March.

Although the FIA's stipulated June deadline is unlikely to be met, with an October compromise looking probable, team bosses believe the end is finally in sight.

"There are still a few elephants in the room but yeah, it feels generally like on all fronts we are converging in the right direction.

"Hopefully over the next few months something can get sorted."

Racing Point team principal Otmar Szafnauer said progress is being made each time the parties meet.

The most recent conversation between F1 officials and the teams was in Azerbaijan, where F1 CEO Chase Carey met informally with team bosses.

"There is a deadline of mid-year for something to be published and I think we're getting closer now," said Szafnauer.

"The FIA have asked the teams for feedback, which we've given.

"There are still some outstanding issues on some components that will either be supplied or not and when we know more information then I think we'll get closer to that.

"But mid-year, something should be published."

Williams deputy team principal Claire Williams said her team is "really happy" with what has been proposed and would be keen to sign up now if what has been tabled so far was the final offering. 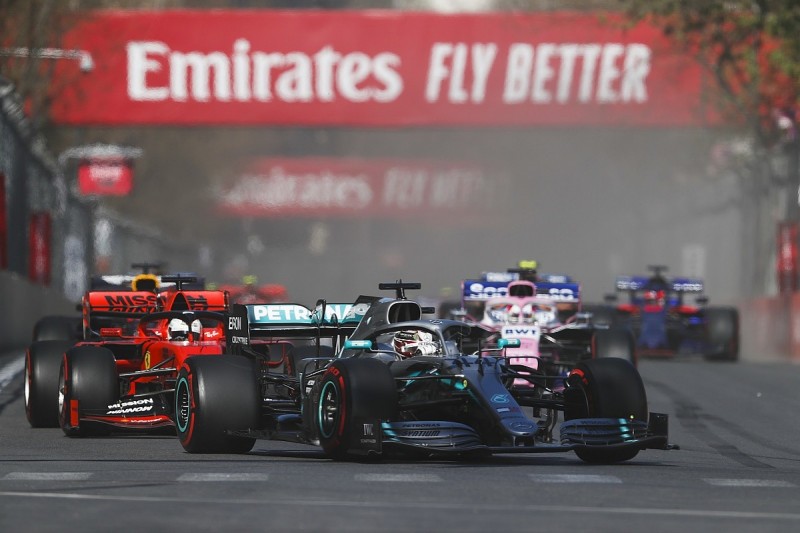 But Mercedes team boss Toto Wolff said the wide-ranging nature of the changes is holding up individual elements being completed.

"There are so many important balls in the air, whether it's prize fund redistribution or the cost cap, technical and sporting regulations," said Wolff.

"It is progressing slowly. We'd like to have it done sooner rather than later."

Though October is the preferred deadline from the stakeholders, Renault F1 boss Cyril Abiteboul wants it to be sorted early.

"We really see the end of June as the deadline," he said.

"That is a necessary deadline for the sport, for the OEMs and for all teams really, to know what the future is holding and to start to make plans accordingly."