Alex Albon will miss Chinese Grand Prix qualifying due to the damage his Toro Rosso Formula 1 car sustained when he crashed in the closing minutes of final Shanghai practice.

Albon ran wide at the exit of the final corner and had a heavy impact with the barrier on the right, badly damaging the left hand side of the car and triggering a red flag that ended the session prematurely.

On investigation the team discovered that the chassis was damaged, and under current F1 rules it is not possible to use a replacement on the same day even if there was enough time to build it up.

Bar a smaller practice crash in Melbourne, it was Albon's first major mistake of his rookie season and his team principal Franz Tost urged him to put it behind him.

"I've just talked to him and everything is fine," Tost told Autosport. 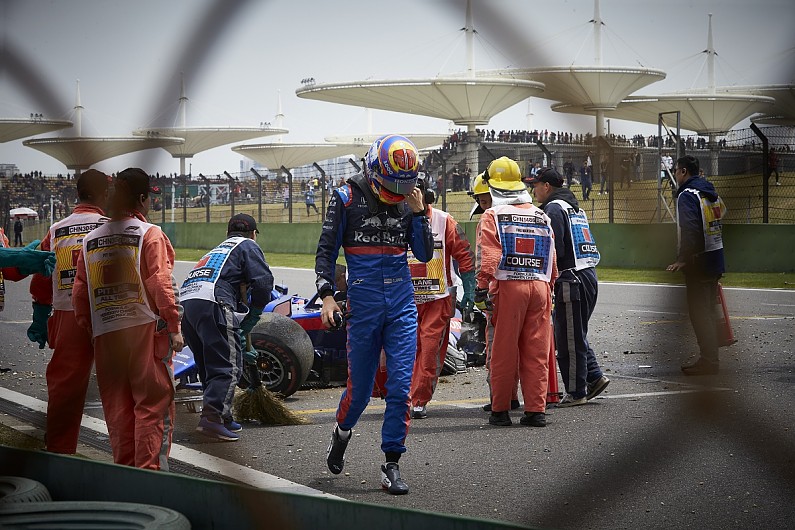 "He cannot take part in qualifying because we investigated the monocoque, and it's damaged, and this is not possible.

"It's part of the learning process. He was so fast in the first run this morning, and also at the end he would have been in the first 10 because in sector one he was 0.2 seconds faster than on his previous run with the new tyres, and he was quick in sector two. OK, in sector three he crashed.

"But the most important thing is he is fast. He knows why he crashed, and that's important. It's a lesson to learn, and that's how it works.

"He has the race tomorrow. I think he is experienced enough to learn what's important for the future, and forget the rest."

The team will build up the spare chassis with a fresh gearbox but it is not yet clear whether all the Honda engine components will be switched across from the damaged car.

"Honda is investigating, whether we can use it or not, I don't know yet," Tost added. 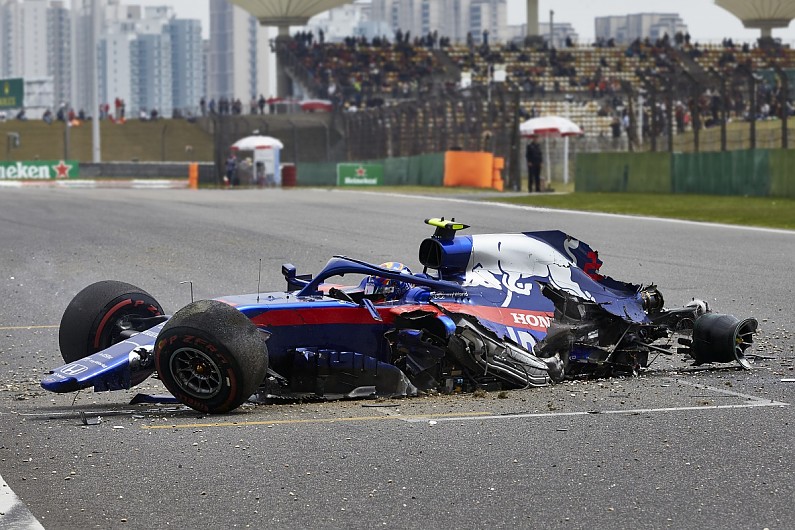 "We will see. The problem is that this is the first engine, and then we will have to use another engine from this specification."

Albon's team-mate Daniil Kvyat is already on his second engine of the season after an issue in Friday morning practice, but Tost said that original unit may yet stay in the pool: "We have to find out. This was more of a precaution because we didn't want to risk anything.

"Maybe we can use this engine on Friday runs. It's going back to Japan and they will check."