Mercedes Formula 1 boss Toto Wolff says Lewis Hamilton made the difference in the Bahrain Grand Prix by taking the fight to Ferrari with an inferior "weapon".

Hamilton overtook Sebastian Vettel for second place in the final stint with a bold move around the outside of the Turn 4 right-hander, after which Vettel immediately spun.

That put Hamilton on course to finish runner-up to Charles Leclerc until the lead Ferrari's engine dropped a cylinder, allowing Hamilton to catch and pass his rival with nine laps remaining.

Wolff said Hamilton's pass of Vettel ultimately proved decisive, as it put him - not Vettel - in the right place to profit from a Leclerc issue.

"Lewis fought with a weapon that was maybe not on his opponents' level," said Wolff.

"But staying within the DRS helped us stay behind and stay close and that was crucial battle.

"If he hadn't won that battle it would have been Sebastian winning the race, and these are the little differences that can change a race result and can swing championships."

Wolff acknowledged that Ferrari was well ahead of Mercedes in Bahrain, and said his team's reaction to winning reflected the fact that Leclerc deserved to win.

"It's a bit subdued because we are all racers and the emotional winner today was Charles," said Wolff.

"But on the other side, in racing you end up in both situations.

"So you have to take the one-two - celebrate, but take it with humility and acknowledge there is work to be done and not think that this was the performance ranking of the Sunday. It wasn't." 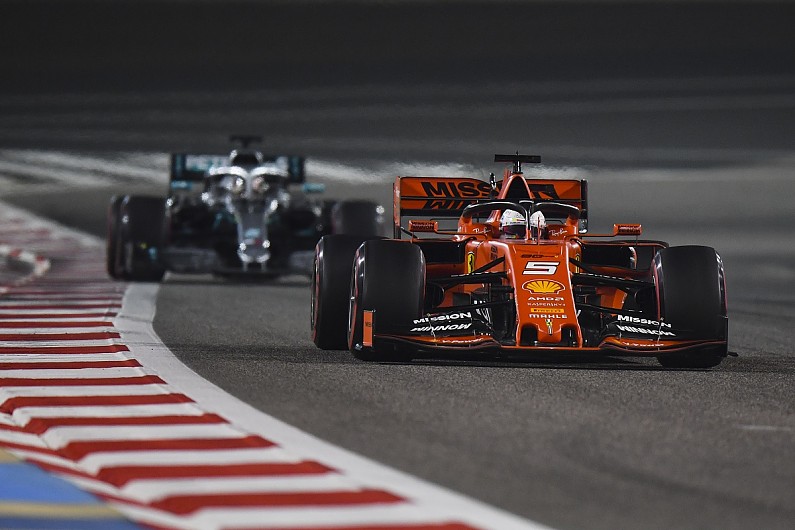 Wolff added Ferrari will start the Chinese Grand Prix weekend as clear favourite if it retains its perceived straightline speed advantage - which Wolff said was worth "five tenths" in Bahrain qualifying - in Shanghai.