"Without doubt, the Red Bulls have a much better power unit this year," said Hamilton.

"I think their engine performance is very, very close. I believe it's within 10bhp or something of the top cars.

"If you look at their GPS speed on the straights, they're pretty much just as quick as us.

"That's a great start for them and I really hope the reliability's strong for them so they can be really in the fight."

Asked whether Ferrari or Red Bull would be the main challengers to Mercedes in Bahrain this weekend, Hamilton replied: "They were both really strong here last year and Red Bull look like they're really stepping up, so I'm really excited to see.

"It's going to be closer this weekend. I know some people think that we were sandbagging or whatever it was in testing, and honestly we came into the first race thinking it was going to be a lot closer than that.

"We didn't think we'd be ahead. From the information that I had, at least, we were behind. So coming into this weekend we have the pleasant surprise of being fast in the last race, but it could absolutely change here.

"Maybe the car didn't work or the tyres didn't work for them [Ferrari] at the last race and maybe it will work here. I'm just as excited as you are to see how that pans out." 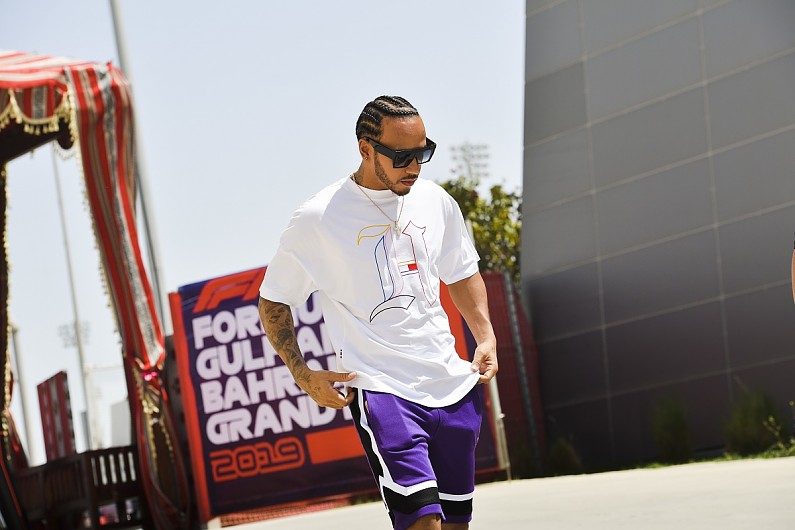 Hamilton said Mercedes has made good progress with the W10, but admitted that the team was "fortunate" to find a competitive set-up window in Australia after its uncertain testing form.

"We're still learning about it. As we mentioned in testing it really wasn't great to start off with," he said.

"But we found a window in which it works a lot better. We were very, very fortunate to come across that. If we hadn't discovered that in testing, we probably wouldn't have had the same results we did in the first race.

"That was really hard work from everyone collectively. It is a better car but it's not perfect, there are still areas we are working on. But it's a really great platform for us moving forward.

"We do understand the car a lot better particularly from testing, the positive two days, and obviously the race weekend. Now we're moving in a really positive direction."