Racing Point Formula 1 technical director Andrew Green says the investment from its new owners has made a big difference - joking that it can finally afford an IT upgrade.

The former Force India team is already planning to increase the size of its Silverstone base tenfold, and is also bringing more production in house, hiring more staff, and upgrading equipment.

But Green said Racing Point is determined not to expand too quickly, and the management will ensure that the change is carefully managed.

"We've had a good change to the financials of the team," said Green. "It's cleared all the debts, which is a big help.

"From that point on it's taking time for the money to turn itself into infrastructure and then car performance - these things do take time.

"But it's happening, and it's happening at the pace we want it to. We're not going to expand too quickly, too fast too soon, we're going to carry on with the same mindset that we've had for the last few years.

"And when we grow, we'll grow organically. We'll get the right people who fit into the team, and we'll generate the tools that we need internally. And that takes time. But it is happening, new hardware is arriving at the factory.

"The first thing you see is we start to be able to use PCs and laptops that aren't eight years old. So all of a sudden we're on a new Windows version. We've moved on from 3.1!

"So there are visible signs of a change. But the time it takes to start influencing the performance of the car."

The biggest change for the team is that parts are now coming to the car quickly. 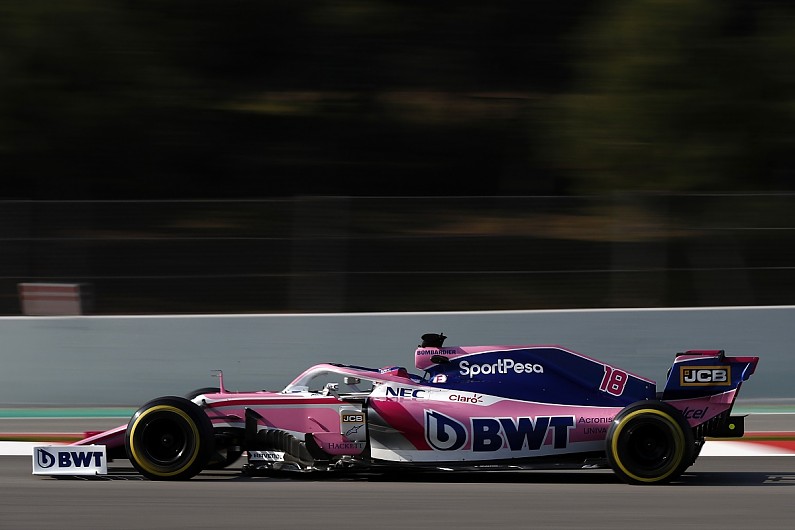 In recent years a cashflow shortage slowed down delivery from outside suppliers, which was especially painful during pre-season period as sometimes testing was compromised.

"We don't suffer from that at all anymore," said Green.

"It's a different way of working, which we're still getting used to. It is a bit of a shock, and I think it's called 'normal'...

"We'll have a car in Melbourne that we think is the best possible car we could produce at that moment in time, which we've never done before. So that's exciting."

Green stressed that Racing Point will now be able to introduce upgrades on a regular basis, instead of saving them for major packages once or twice per year.

"It's going to be a continuous development throughout the season," he explained.

"So because of change in regulation change, the development slope we are seeing, the increase in performance we are seeing week on week, is very large.

"So we are now in a position where we can bring parts to the car on a regular basis, and because the development is so steep we will, because we can't afford not to.

"But then that will continue, maybe not every race, but at very short intervals there will be reasonable changes to the car, until the performance starts to asymptote.

"We can do that now, we can start to develop in the same way as our competition have been developing forever. So it's a new thing for us."