Daniel Ricciardo thinks Renault's Formula 1 progress will be boosted by the fact he and team-mate Nico Hulkenberg are on the "same page" with what they want from their car.

Ricciardo has switched to Renault for 2019 after a five-year spell at Red Bull, and completed his first week of action with the team at the first Barcelona pre-season test.

He said the fact that he and Hulkenberg are already demanding the same changes to the new RS19 was a huge positive.

Speaking about how his relationship with Hulkenberg was developing, Ricciardo said: "It has actually been good.

"We haven't had much interaction because we have been splitting the days, so I did most of my work in the afternoon and he will do most of his in the evening, or vice versa. But it has been OK.

"But we are both asking for pretty much the same things from the car for improvements, so that is good.

"If one is pulling one way and the other is pulling in another, then the engineers are left with a, 'What do we do?'"

Renault technical director Nick Chester said he was encouraged by Ricciardo's first week, and added the fact both the team's drivers want the same improvements made sorting the car easier.

"He's been really good," said Chester about Ricciardo. "He has got good feedback.

"He is clear about what he wants from the car. He has fitted straight in, and his feedback is quite similar to Nico, so it makes it easy to set the car up." 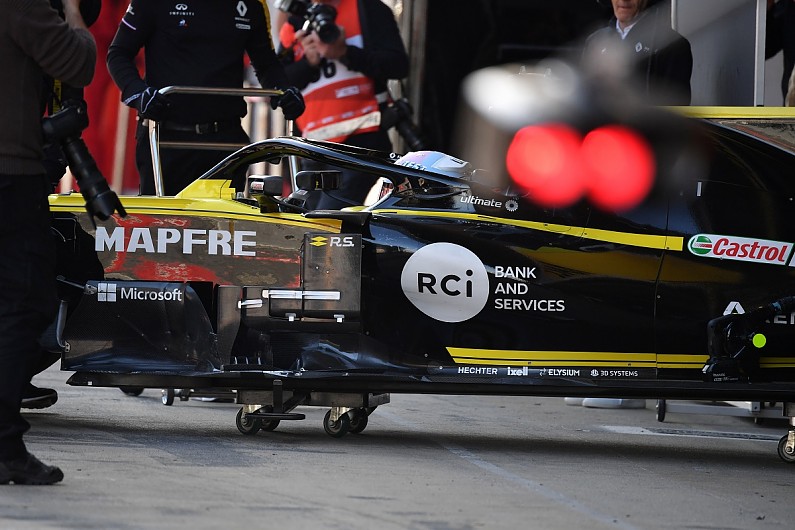 Although he has only worked trackside with the team for a few days, Ricciardo said he already felt "cosy".

"I feel comfortable with everyone and I guess it does feel normal walking into the meeting rooms and the debriefs," he said. "It feels familiar.

"I think the way everyone is engaging with me has been positive and they are certainly trying to draw as much as they can out of me and to also see if Nico and myself are on the same page.

"I know the main things we talked about were identical and where to improve the car, so that is also positive that we are also asking for the same things."