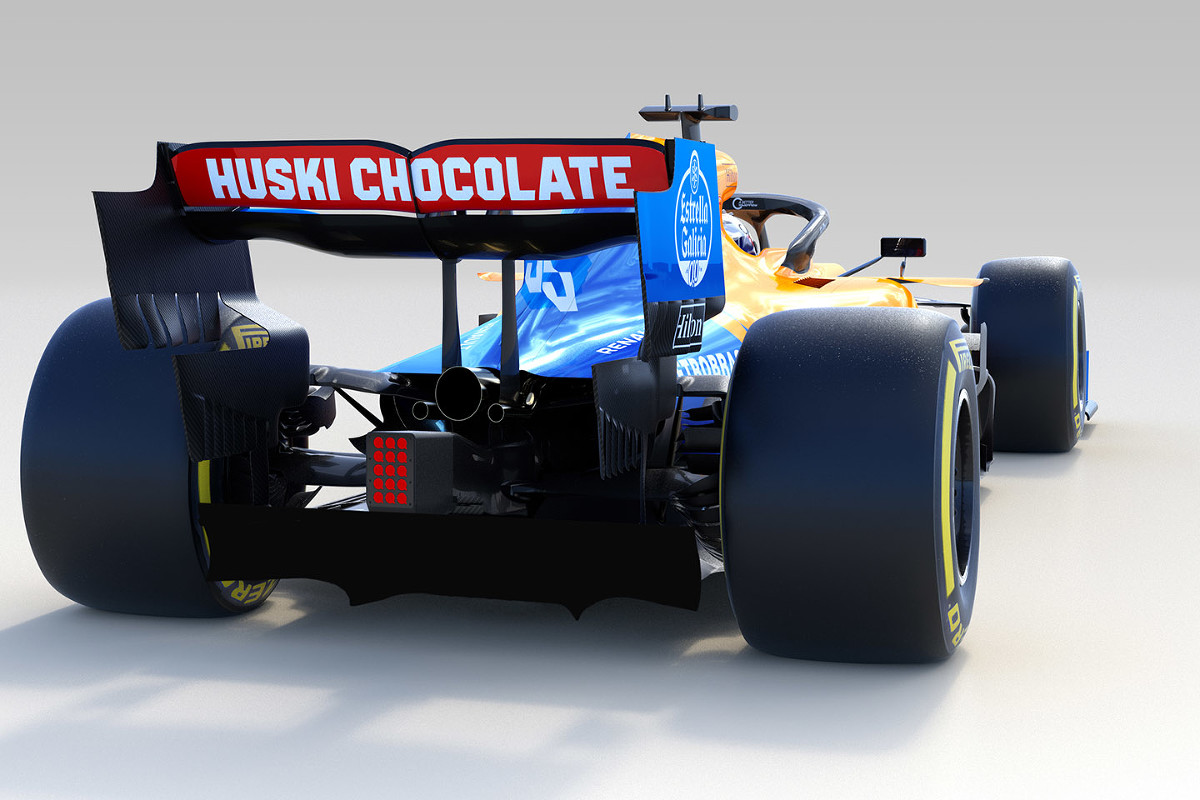 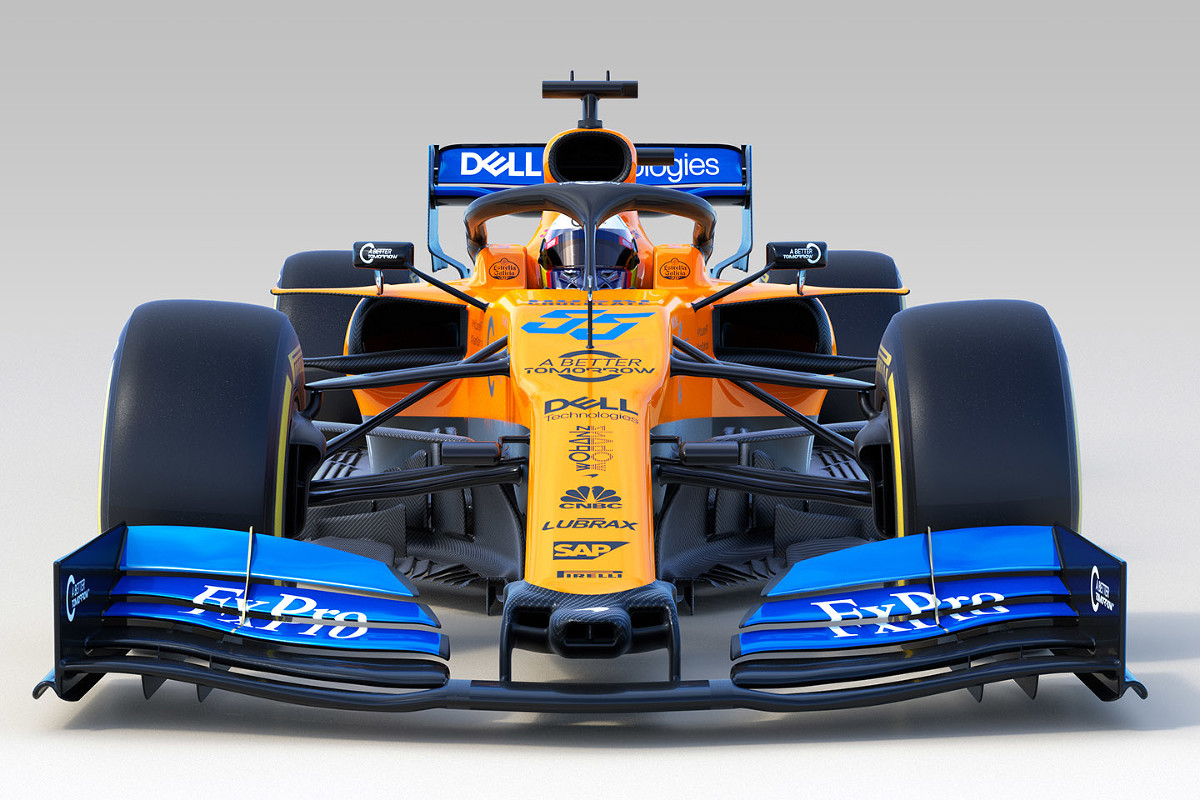 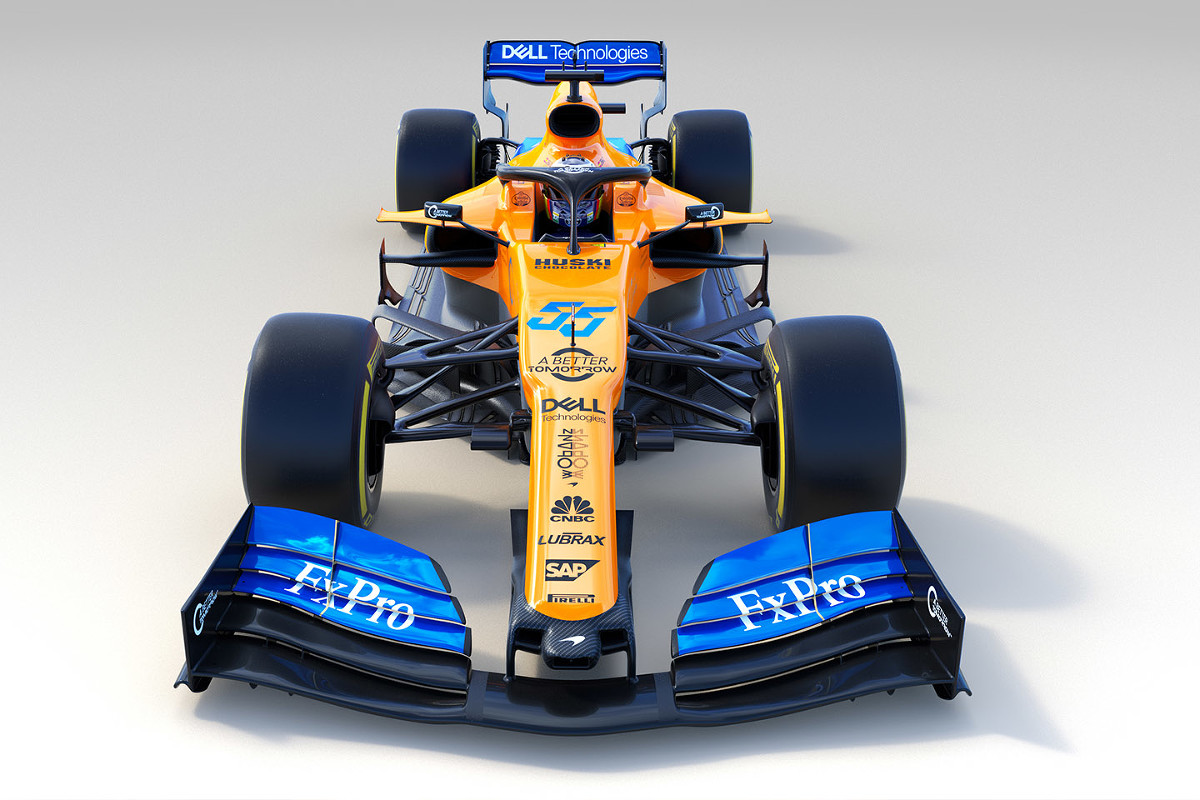 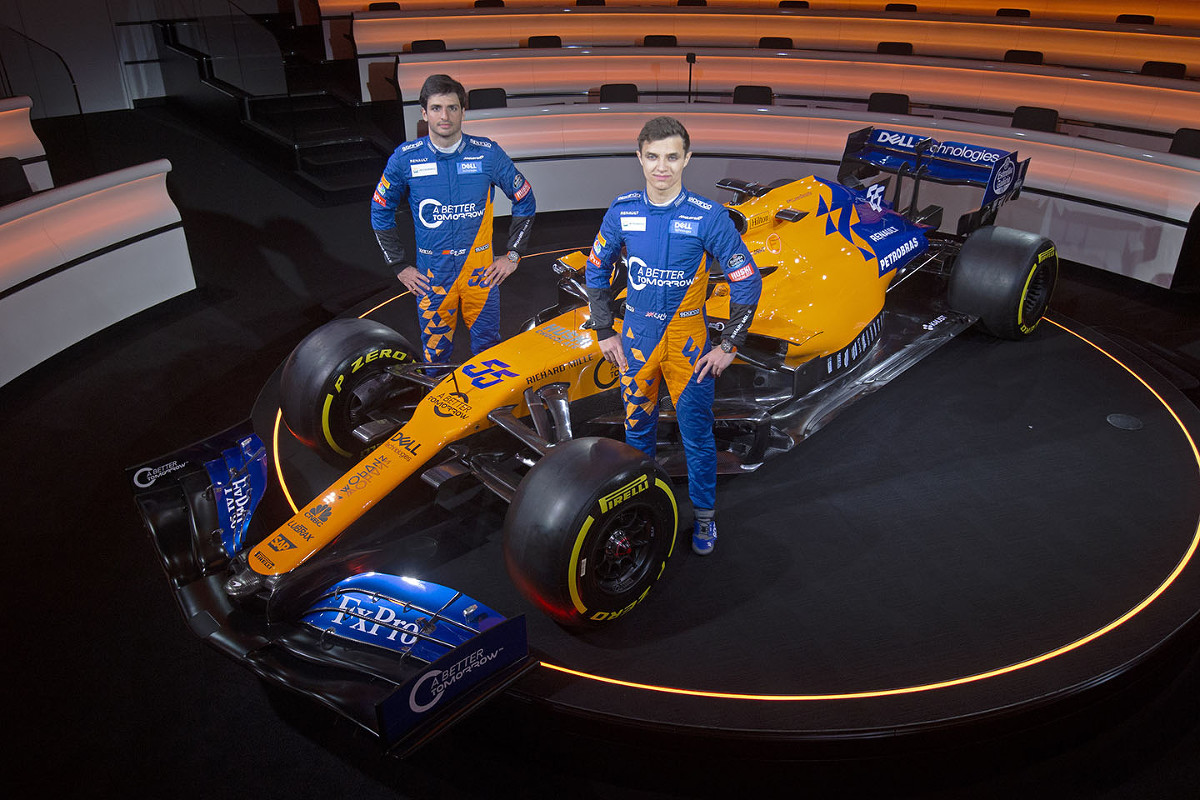 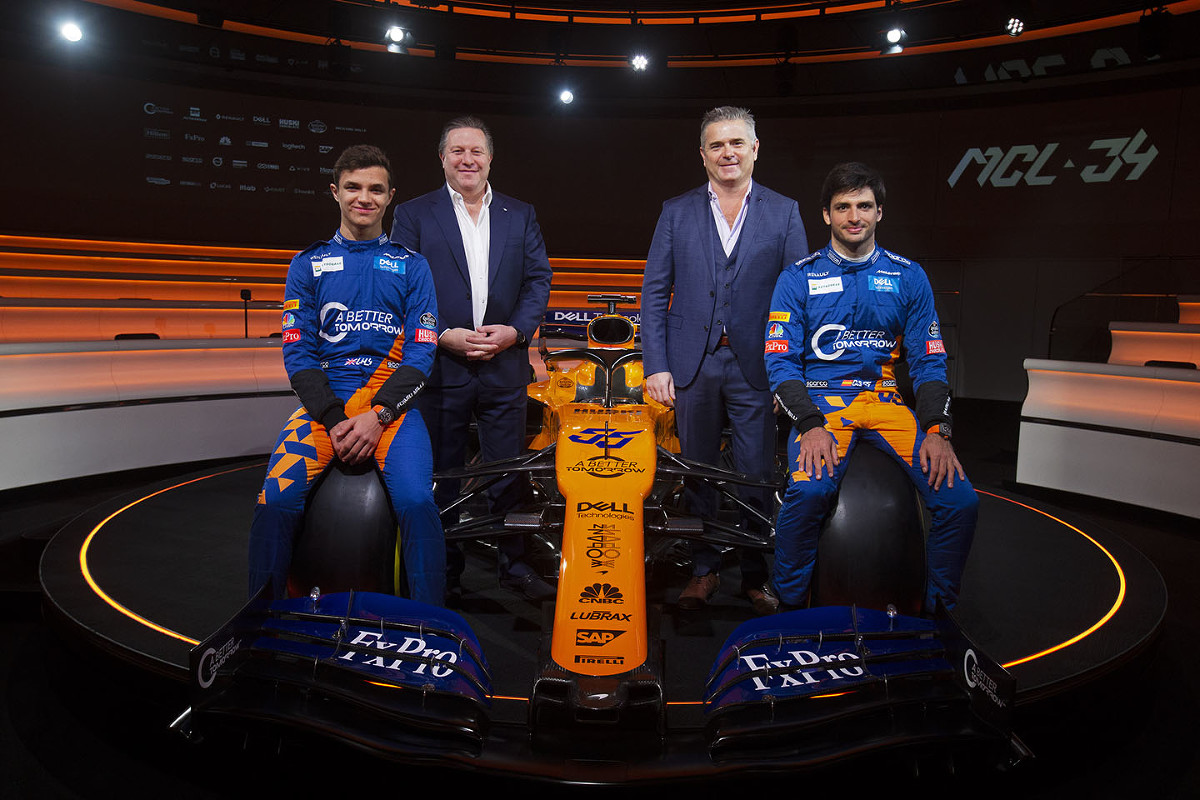 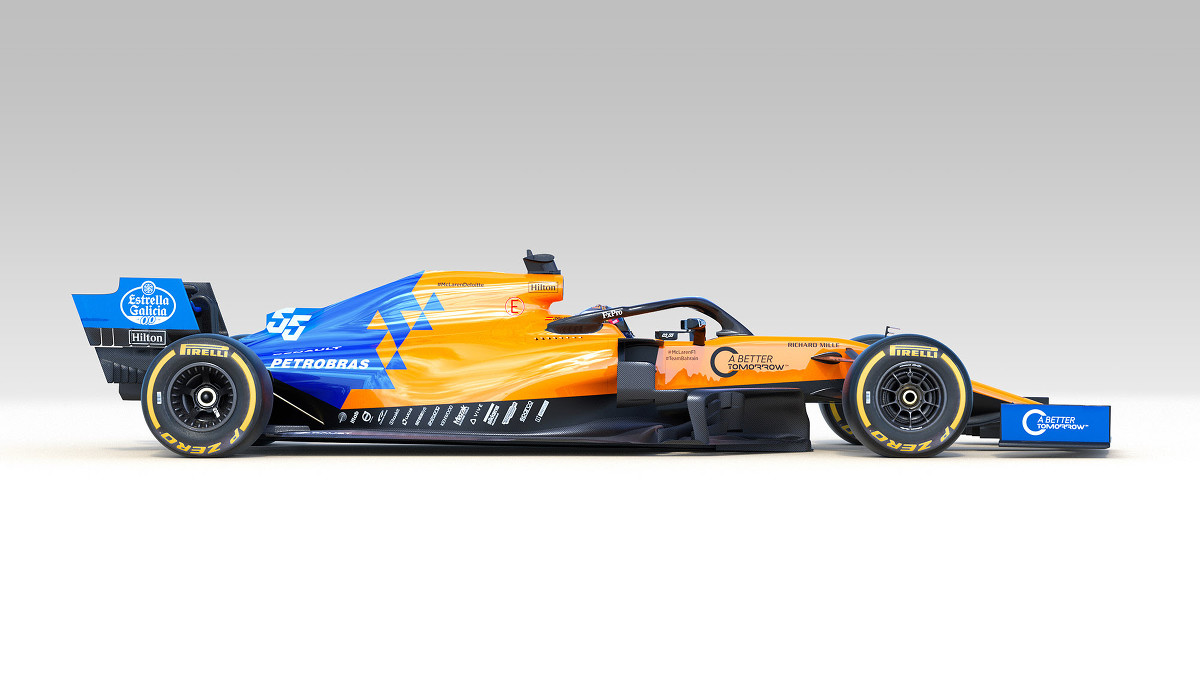 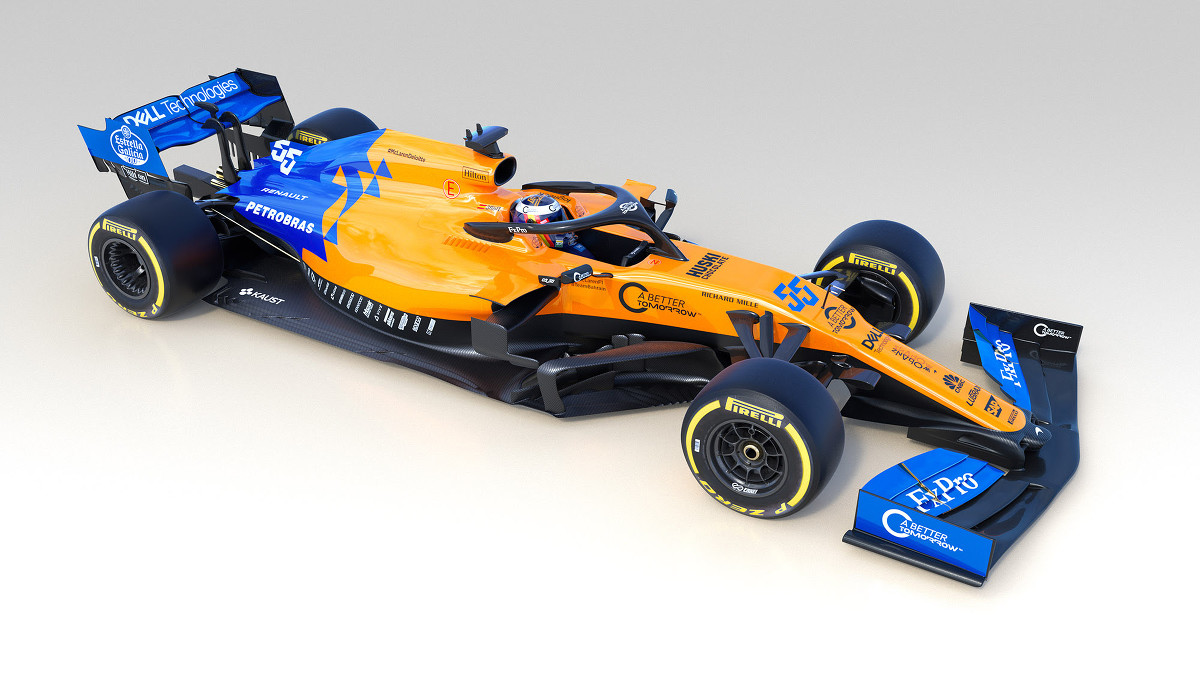 McLaren has unveiled its 2019 Formula 1 challenger, the Renault-powered MCL34, at a launch event in Woking.

The car, sporting a new variation of the papaya orange colour scheme that was brought back the year before, was presented at the McLaren Technology Centre on Thursday.

The MCL34 will be raced by two new drivers in Carlos Sainz Jr and Formula 2 graduate Lando Norris, the pair replacing Fernando Alonso and Stoffel Vandoorne, who made up the team's line-up in the two previous seasons.

"It is a lot of excitement, a lot of anticipation - and if I cast my mind back to six months ago when I joined team full-time and being in the trenches with everyone, thinking about every single decision, and now seeing car here, in its full glory, it really is an incredible feeling. 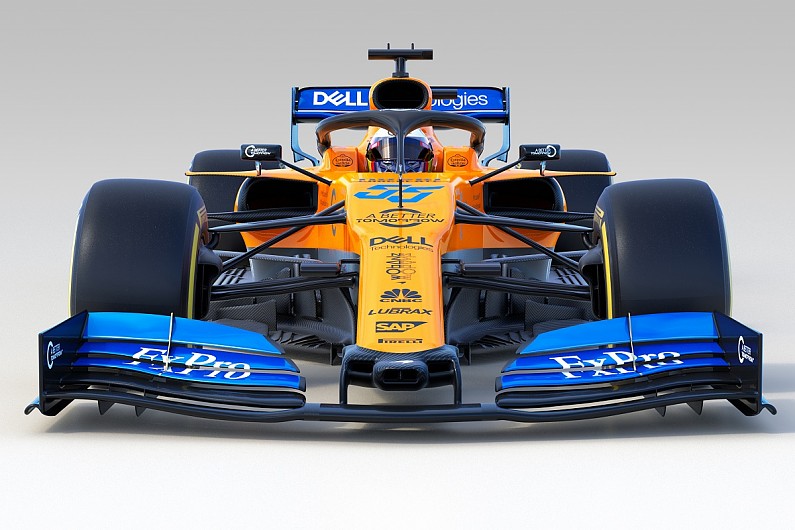 "This is a beautiful piece of art, I think it depicts very well all the capabilities that McLaren has in terms of craftsmanship and engineering.

"This is an exciting time. We focused a lot on our preparations towards this year so I think we are ready and can't wait to get going."

McLaren will hope its 2019 car will be a marked improvement on its predecessor, the MCL33, which had been intended to bring the team closer to F1's forefront after three torrid years using Honda power units.

The MCL33 enabled McLaren to finish sixth in the constructors' standings, which only matched the best results of its latest Honda partnership.

The team's position in the standings was also flattered by the re-setting of Force India's points, and CEO Zak Brown ultimately admitted the MCL33 was an "extremely poor racecar".

"We are very excited," said Brown at the launch of the new car.

"A car launch is the start of a new season, it is about anticipation, excitement and appreciation - so many men and women come together to put this race car together.

"We are in a rebuilding process and it is going to be a journey."

McLaren's disappointing form in 2018 led to a reshuffling of its technical staff and the departure of racing director Eric Boullier.

The team arranged to bring on board Toro Rosso's James Key as tech chief, and confirmed at the start of this year that it would have a new team boss in Andreas Seidl, who had been lured away from Porsche.

Seidl is due to start work with the team on May 1, while Key will join up with McLaren "early in the new year".