Robert Kubica says it was "not easy" to say no to Ferrari's offer of a Formula 1 development role in 2019.

Kubica was understood to be in talks to take up a simulator position with Ferrari following the departure of its reserve drivers Antonio Giovinazzi and Daniil Kvyat to Sauber and Toro Rosso respectively.

The 2008 Canadian Grand Prix winner opted instead to sign a deal to make his F1 race return next year with Williams, where he will be partnered with George Russell.

When asked if it was easy to commit to the race return, having discussed a Ferrari development role, Kubica told Autosport: "I knew what I would have liked to do, but sometimes things are a bit more complicated than they look from the outside.

"I had some opportunity which I think was very interesting and it was not easy to say no.

"In the end, I am a racing driver - even though I haven't been racing for quite a long time - and this racing mentality has won out.

"I'm happy to have made this decision because it is a big challenge."

Earlier this year Kubica confirmed a long-lasting rumour he was due to partner Fernando Alonso at Ferrari in 2012, before the '11 rally crash that left him with life-threatening injuries and disrupted his career. 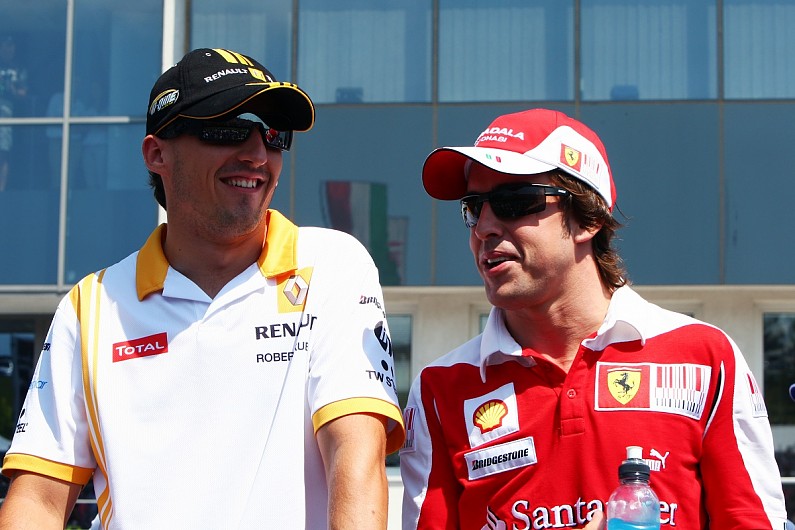 His return to the grid with Williams in 2019 will mark the first time he has contested a grand prix since the 2010 season finale.

But Kubica believes he is prepared for his F1 comeback and to start over again in the second phase of his career.

"You have to have a lot of drive to do it because I went through this 12 years ago, and in the end, I said I think I have the energy to do it again.

"I'm not worried or scared of this challenge and I think I can make it work.

"I have a great opportunity and it is a happy ending to the long journey I have been on."

Kubica's Ferrari role would have been similar to his Williams test and reserve driver role, albeit with fewer on-track opportunities.

He admitted that adjusting from a development position to being a race driver again next year would take some work.

"When I'm driving the car I have to keep in mind that I have to give quality information and feedback, and that I'm able to deliver good pace and not risk anything," said Kubica.

"I have to change this approach a bit because now I have to work more for a team, as I was, but now also for myself.

"I need to focus on different things which might be useful when I am racing.

"It's a bit of a different approach."