Lewis Hamilton can wrap up his fifth Formula 1 title in this weekend's United States Grand Prix, and there are several ways he can do it.

The Mercedes driver holds a 67-point lead over Sebastian Vettel, an advantage he must extend by eight points at Austin to become only the third F1 driver in history to win five world championships.

Hamilton is on a four-race victory streak at the moment and a fifth win in a row would mean Vettel must finish second to stay in mathematical contention.

However, Hamilton can finish as low as sixth on Sunday and still be champion. 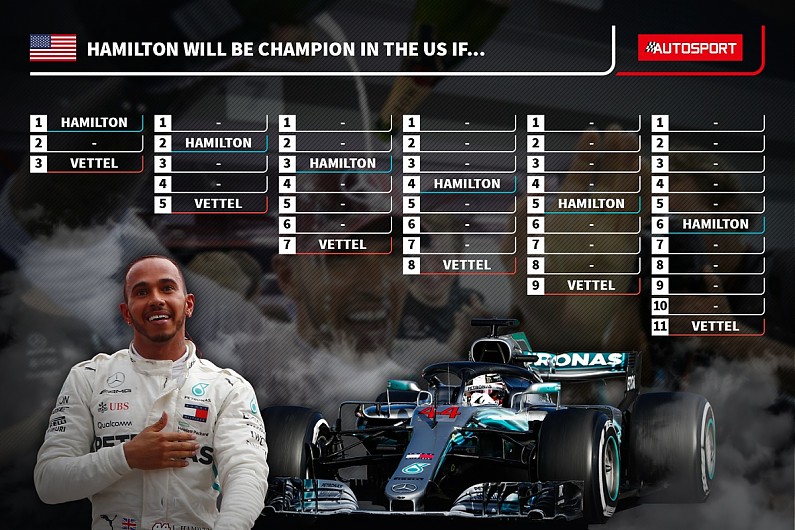 Hamilton said after his Japanese GP victory last week that he would not get carried away by the prospect of being able to wrap up the title so soon.

"That part is easy for me because I'm very, very strict on not being complacent with our position, and still there are 100 points available," he said.

"I know we still have to continue doing the job we're doing now right until the last flag. That's the goal, knowing from past experience that so much can happen.

"I'll focus on amendments I'd like them to focus on making for next year's car - but then also how we can also continue to extract on this car, because there's still areas we can improve."

Barring an incredible twist, Hamilton will join Michael Schumacher and Juan Manuel Fangio on the list of five-time champions. 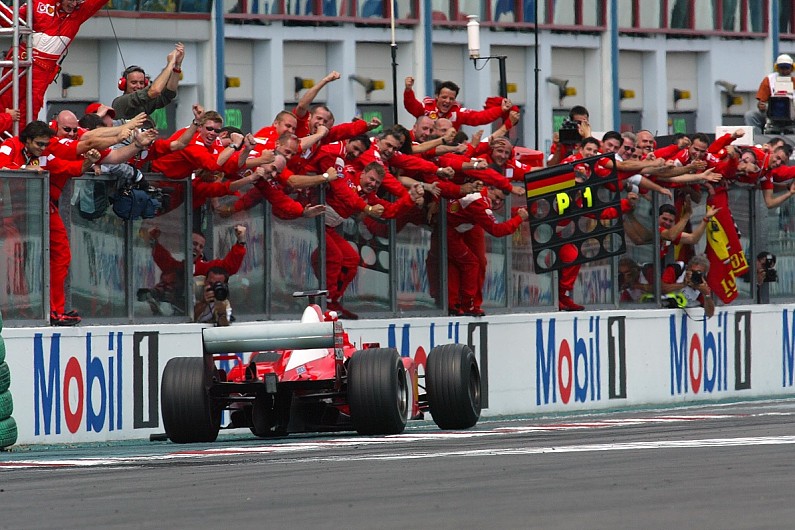 Schumacher went on to win more two titles, which Hamilton could match given he has extended his Mercedes deal to include the 2019 and '20 seasons.

"It's one thing dreaming it and one thing executing it," he said of the way his title challenge has accelerated.

"We knew we would have a tough battle this year, you saw the ups and downs at the beginning of the season. It was such an unknown.

"I always do plan on coming back stronger in the second half of the season.

"The preparations I went through in my break were just spot on and allowed me to perform better."