Formula 1's newest push to improve overtaking can avoid previous pitfalls because grand prix bosses have a weapon they did not have before, according to Williams technical chief Paddy Lowe.

An independent research and development project is looking at making it easier for F1 drivers to race one another, with an initial change being implemented for 2019 ahead of a bigger overhaul as part of F1's 2021 revolution.

Lowe, one of the key players in F1's Overtaking Working Group a decade ago, said F1 has not benefitted from such a dedicated approach before and it will help avoid unintended consequences of regulation changes.

"The more work you can put into it the better," said Lowe. "The good thing now is that F1 are actually spending money on a central R&D for aerodynamic performance which never existed before.

"The OWG was just a one-off project with a fixed amount of time that was paid for by the teams with an outside contractor.

"If the OWG had continued another year they would have looked at the cars that had been created and thought up another round of tests.

"So, it is good that F1 have a permanent staff dealing with that subject.

"It will improve the ability to track what is happening and stop unwanted side-effects much more quickly should they occur."

However, he cautioned: "These things are always possible, it is difficult to say they won't happen again.

"In the end the rules are more and more complicated and they are not fully explored or tested by any means."

Lowe says the detail that has been talked for the 2021 overhaul about could be more important than the style, with F1 teams still assisting by supplying data and reviewing suggestions.

He also highlighted the sort of problem that occurred with the original OWG efforts for 2009, which could be avoided this time.

"I know in the OWG, whatever the number was, we roughly halved it," said Lowe.

"I've seen he [F1 sporting boss Ross Brawn] is quoting 50-80% [downforce retained] with some particular reference to distance, which sounds like an achievement. 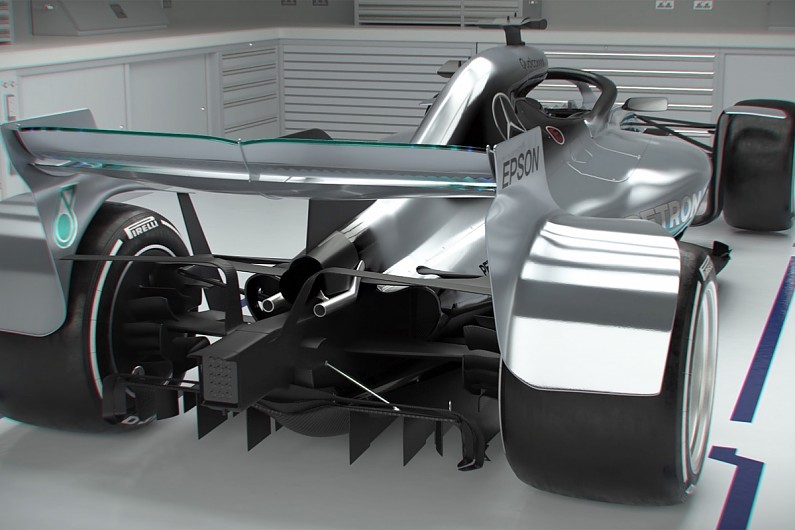 "It would be more than was achieved by OWG.

"The interesting thing about the OWG is that as soon as people brought in outwashing front wing endplates, which was immediately I think, what was seen in the tunnel was not delivered.

"So, it will be interesting to see the step we make next year and then what we can build on that into 2021."

F1 released concept images for its 2021 cars last week after a photo was leaked prior to the Singapore Grand Prix.

Those concept cars have been played down by some teams already and Lowe suggested he agreed.

"[Look are] an important part and you do need to try and guide it in some way," he said.