Christian Horner says Renault's new 'Spec C' Formula 1 engine has delivered as predicted and will run in both Red Bulls for the rest of the Italian Grand Prix.

Daniel Ricciardo took a complete set of new power unit elements on Friday, earning himself a demotion to the back row of the grid.

After a promising initial outing, the team has handed Max Verstappen a new V6 for Saturday's running. It's only the third of the year for the Dutchman, so he doesn't face a penalty.

It's understood the Spec C performed better with Red Bull's ExxonMobil fuel than it did with the works team's Castrol fuel on the dyno.

The Enstone outfit has elected not to use it because of reliability concerns.

"It seems to have delivered what was predicted, so that's encouraging," Horner told Autosport. "Hopefully it'll run cleanly for the rest of the weekend.

"It doesn't appear to be an issue on our fuel, where I think it may be on Renault's fuel.

"Obviously if there's any potential advantage, you've got to go for it."

Renault F1 boss Cyril Abiteboul has stressed the reliability risks associated with the new spec, and has expressed concerns about a failure leading to more criticism from the Red Bull management.

"The best way forward it provide a reliable, competitive engine," added Horner. "If there's any performance on the table, of course we're going to go for it, taking into account the risks that are associated with it."

Red Bull motorsport boss Helmut Marko also downplayed such concerns. "They didn't tell us about the risk with Spec B, and we had a risk," he told Autosport.

"It's an improvement. It looks good so far."

Horner confirmed both Ricciardo and Verstappen will face further penalties in 2018: "For sure both of them have got at least one further grid drop before the end of the year."

Along with Verstappen, the other new V6 deployed this morning was the Ferrari in Marcus Ericsson's Sauber, following his crash yesterday. It's the fourth new unit of his season, so he has earned a 10-place grid penalty. 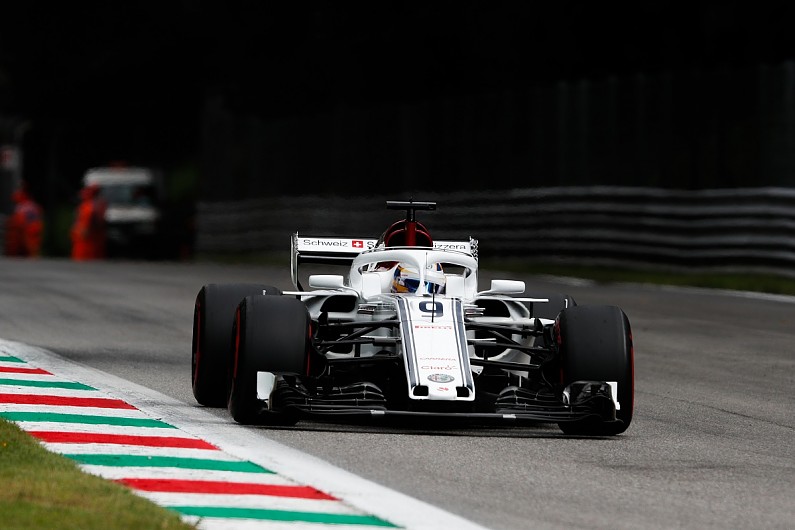