Formula 1 championship leader Sebastian Vettel believes it is "short-sighted" for people to criticise races like the Canadian Grand Prix even if they appear "boring".

Two weeks after a Monaco GP slammed by several drivers, Vettel led from lights-to-flag in a Montreal race that featured no on-track overtaking at the front after the first corner.

Vettel beat Valtteri Bottas and Max Verstappen as the lead three finished where they started, while Daniel Ricciardo passed Kimi Raikkonen at the start and Lewis Hamilton in the pits to take fourth.

Asked to explain why the race was not exciting, Vettel claimed "there's no reason, don't even look for an answer" and urged the media to "write about something else".

"I don't think it's justified to criticise the racing, or criticise this race," he added.

"I don't know if it was boring. From my point of view, it's still busy inside the car no matter where you are.

"I don't like...I don't know why people today are so short-sighted. We had seven races this year, some were phenomenal, some were boring.

"Next week the [football] World Cup is starting and I promise you that a lot of the games will not be exciting, but still people will watch it, some games will be incredible.

"That's what we always look forward to, but it can't just always continue to go up and get better.

"And then some races are just exciting and others are not." 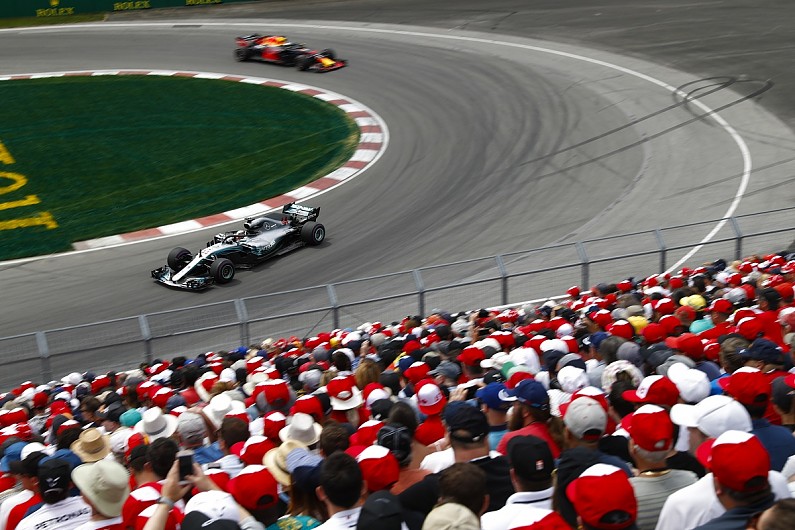 Championship rival Hamilton said he didn't want to "talk crap" about F1, but he added it was a shame if fans felt the race was uneventful.

"I've not watched these races so I don't know what you guys feel," he said on Sunday evening.

"I heard today there were not many overtakes, and a couple of my friends said the most exciting part of the race was the crash at the beginning.

"If that's what Formula 1 is about then that's sad to hear, because there is so much more to it."

"Like Sebastian, I'm a football fan and I too have seen games between top teams end in a dull goalless draw and there will probably be some like that in the forthcoming World Cup," said Brawn.

"What we must do is ensure that Formula 1 can provide spectacular and unpredictable racing and that has to come from a more level playing field."

Brawn reiterated that F1 needs to close up the competitive order after Vettel lapped every driver outside the big three teams in Canada.

"That's already happened elsewhere this year and that's not good for the sport," he said.

"It's true that these things happen in football too, but to stick with the comparison, in football, you do get the fairytale scenarios such as Leicester winning the 2016 English Premier League or [third-division side] Les Herbiers being finalists in the French Cup this year.

"The next era of Formula 1 must be able to deliver feats such as these.

"That doesn't mean lowering the standards, quite the contrary.

"It means ensuring that talent and ingenuity should be the major factor in deciding who wins rather than just the size of budget."