The FIA has formally clarified its position on halo-mounted mirrors in Formula 1 following the controversy surrounding the now-outlawed design introduced by Ferrari at the Spanish Grand Prix.

The governing body says that the aerodynamic impact of mirror mountings should be incidental or minimal, and teams have been told that they have to prove that any device they claim to be a mounting is a "meaningful" part of the structure.

It has also advised teams that they would be wise to ask about the eligibility of any future designs before actually producing them and fitting them onto a car.

After the FIA approved the principle of mounting mirrors on the halo, Ferrari presented its cars at Barcelona with a mounting system that featured winglets that were connected to the mirrors by a vertical rod.

The team insisted that the winglets were an essential part of the mounting system, but the FIA disagreed and decided that their primary purpose was aerodynamic.

Ferrari was told that the winglets would not be legal for Monaco, but was allowed to keep them in place for the duration of the Barcelona weekend, in essence because removing them would have been a complicated process. 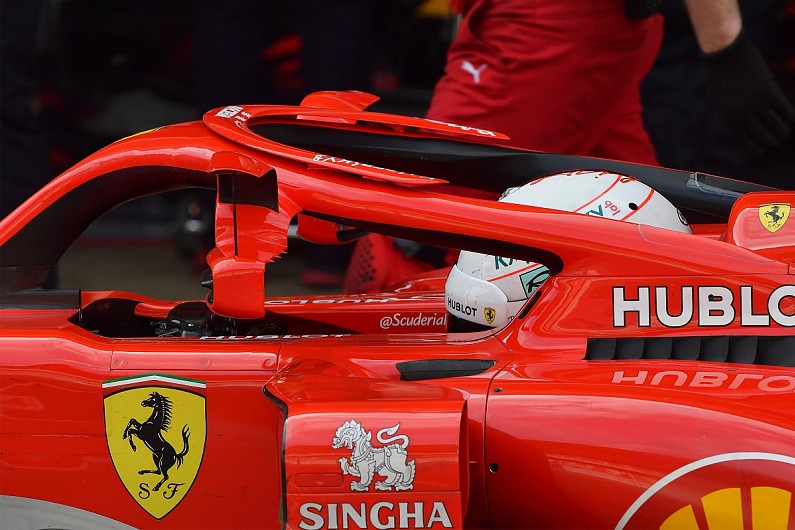 The FIA's position has now been formalised, and teams have been told to comply by Monaco.

In a technical directive sent to teams, the FIA's single-seater technical chief Nikolas Tombazis noted: "Whilst we accept that teams will legitimately design the mirrors, housings and mountings to minimise any negative aerodynamic effects they may cause, we believe that any aerodynamic benefits should be incidental, or at least minimal."

He added that in order to ensure this was the case mountings should "provide a meaningful structural contribution to the mounting system. If you use more than one mounting you may be asked to satisfy us, by way of a physical test, to demonstrate this."

In addition, any mounting devices should be "mounted to the lower and/or inboard surface(s) of the mirror housing."

Tombazis also acknowledged that there could still be some grey areas, which is why he has encouraged teams to check first.

"As the criteria for determining the eligibility of a mounting are to some extent subjective, we would be available to discuss the legality of a new design before you introduce it in a race, to avoid wasting resource, time or money," he added.

The FIA hopes to further clarify the mirror mounting rules for 2019, but with the April 30 deadline having passed any changes will require the support of all the teams.