Robert Kubica admitted the Williams Formula 1 car is "not enjoyable" and "hard work", but said he was satisfied with his first grand prix weekend session since 2010.

Kubica completed the first of his three planned Friday morning practice runs with Williams at the Spanish Grand Prix.

It ended an absence from official GP weekend sessions that stretched back to Abu Dhabi in November 2010, his final race for Renault before the rallying crash that interrupted his career in the following February.

But Kubica was only 19th fastest, 3.3 seconds off the pace and with just team-mate Lance Stroll - who crashed with half an hour to go - behind him.

"But I'm satisfied with the session and how I reacted to difficult conditions and a difficult balance.

"It sounds strange that you can be happy about P19 but actually I'm happy.

"To enjoy it you need to have a car which is suiting your driving style and is giving you margin to drive it.

"Often unfortunately now we are in a position that we are going around the track and we are not driving the car. And this is not enjoyable. This is hard work. 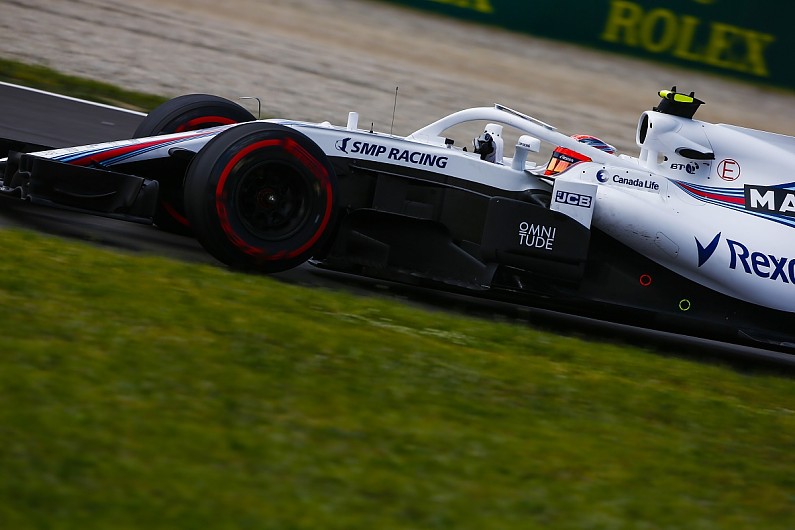 "I know it sounds strange, but it's hard work to be four seconds off the pace, it is harder work that maybe fighting for one tenth or two tenths [at the front].

"In our position it's more that you drive the car into what is happening, you don't know what will happen until it happens, and then you react to the car, which is a hard job."

Kubica said Williams "know exactly what was our weakest part of the car" and "did start a project which should help us to understand better, to improve it and hopefully to solve it completely", but "probably it is not a question of one day or one month, it is even more".

He added: "Miracles will not happen. We will have better tracks, like for example Baku.

"Coming to Barcelona, I was expecting to be in a difficult situation. FP1 was even more difficult than expected.

"So now we will try to help our main drivers with the balance of the car to make it easier for them to drive. But performance is a different story."

Kubica admitted he "was expecting there to be more emotions" about his first GP weekend session in seven and a half years, but suggested that was a good sign.

"It means it is becoming more natural after a long time that I have been out of the sport," said Kubica, who added that the first tests of his F1 comeback bid last summer felt much more emotional.

Asked if he was encouraged to be faster than Stroll, Kubica replied: "No. I know my value. I don't have to look at lap times."